A ‘minor’ molecule could make your chocolate sustainable 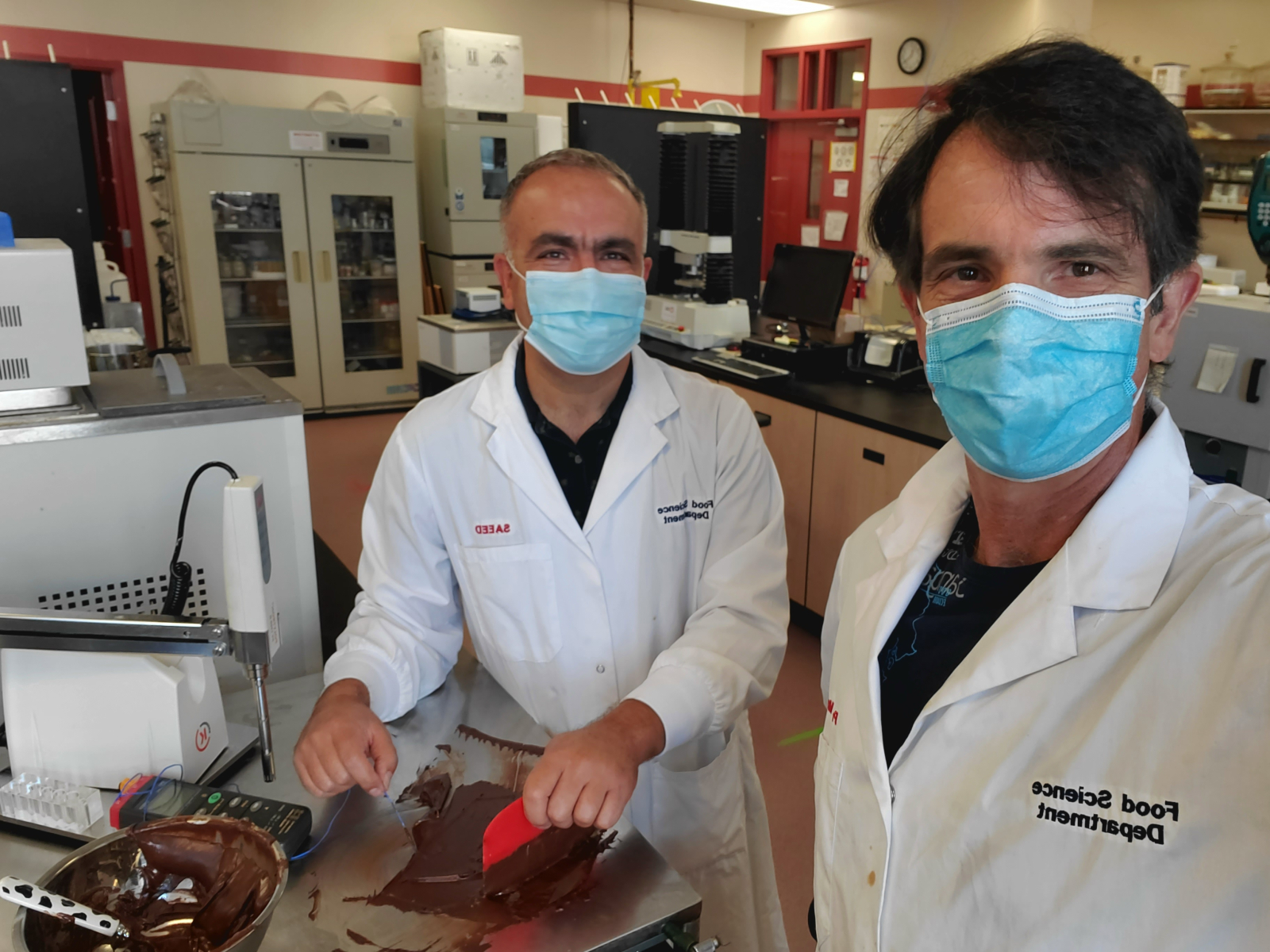 Chocolate lovers could soon be feasting on more sustainable chocolate with the help of a microscopic molecule that could drastically reduce the energy needed to manufacture their favourite food, researchers have found.

Chocolate is a high-carbon food, with the average 40-gram bar of milk chocolate responsible for emitting about 200 grams of CO2 from farm to fork. The world collectively eats about seven million tonnes of the sweet each year, generating roughly as much CO2 as the yearly emission of 69 million cars, according to the United States Environmental Protection Agency (EPA).

While farms are responsible for a portion of these emissions, processing cacao beans into chocolate bars also takes a lot of energy — including tempering, a key manufacturing process where chocolate is heated and cooled repeatedly to give it a pleasurable texture.

“If you've ever eaten bad chocolate, you'll know it right away. It's crumbly and grainy and soft. That's chocolate that has not been properly tempered,” explained Alejandro Marangoni, a professor of food science at the University of Guelph who led the team behind the project.

“Tempering is the solidification of the cacao butter,” he said. “(But) the problem with cacao butter is that it's a fairly complex fat and likes to create six crystal forms.”

Only one of these kinds of fat crystals will make chocolate glossy, crisp, and delicious. To force freshly made chocolate to cool into the right molecular structure, chocolatiers “seed” it with grains of already tempered chocolate that act like magnets to give the fat crystals the right structure.

Maragoni's team found that those variations in quality can be eliminated by adding a “minor component” naturally present in cocoa butter (a type of fat molecule called a phospholipid) to “seed” the right crystal formation. Adding it to melted chocolate then cooling the mix quickly led to proper crystal formation in the finished bar, eliminating the need for tempering entirely, researchers found.

Earlier research into chocolate-making had largely overlooked these molecules because they make up less than three per cent of cocoa butter, Maragoni said. The findings could prove revolutionary for the chocolate industry by making it easier for smaller or artisanal producers — who often can't afford expensive tempering units — to compete. If widely adopted, it could also reduce the amount of badly tempered chocolate produced by larger companies — and their environmental impact.

“Companies are interested in decreasing their carbon footprint and decreasing their greenhouse gas emissions,” he said. “This would allow them to carry on their manufacturing with less energy consumption.”

How fair is your Fairtrade coffee?

Can corporations make chocolate more sustainable? This researcher is trying to find out