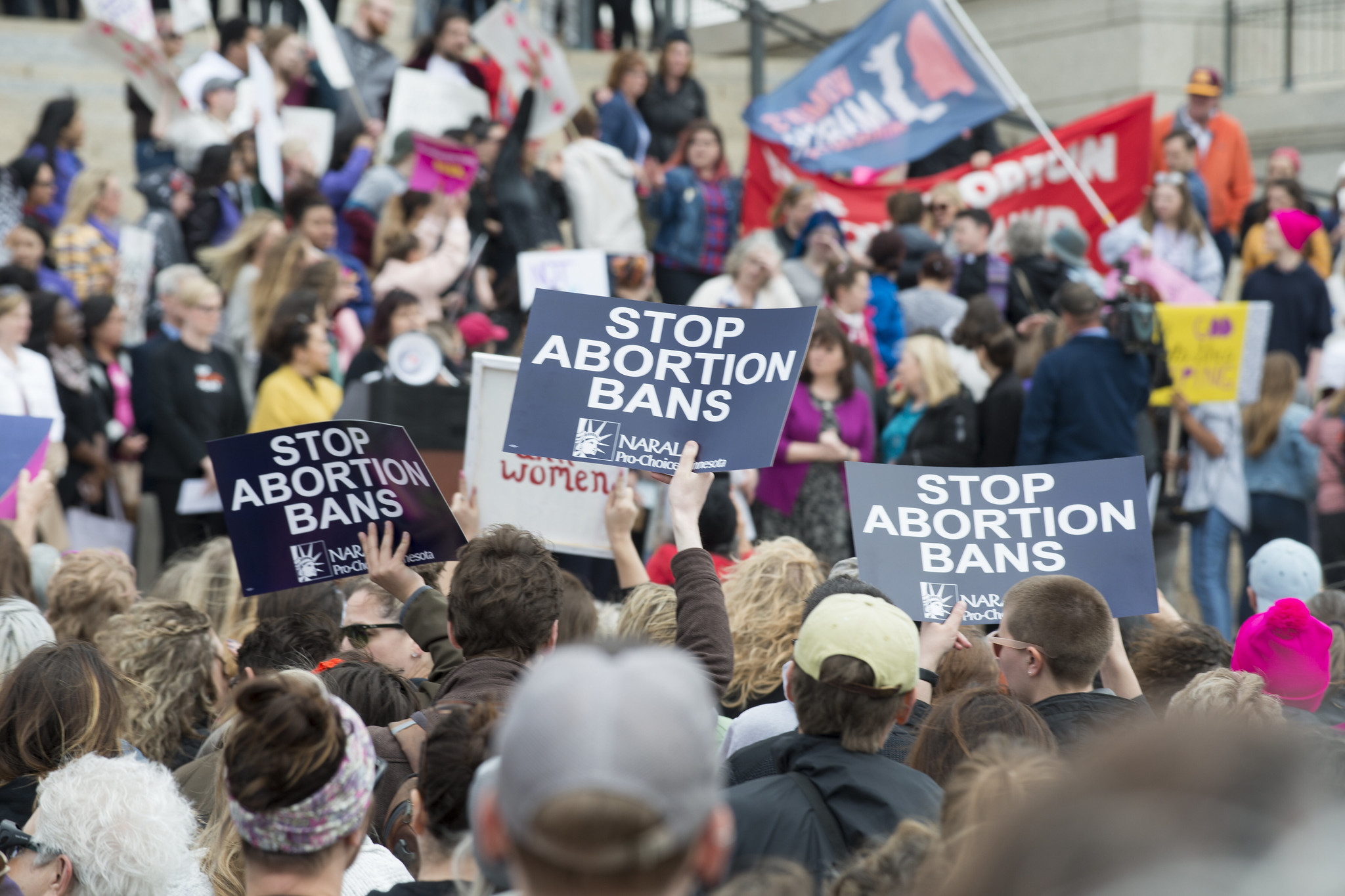 Canadians have every right to worry about a movement that clearly intends to limit access to abortion services, writes columnist Max Fawcett. Photo by Fibonacci Blue / Flickr (CC BY 2.0)
Previous story
Next story

It’s not often that events in Texas impact elections in Canada, but the new anti-abortion law that just came into effect in the Lone Star State is no ordinary event. It seems drawn straight from the pages of The Handmaid’s Tale, given that it bans abortions after just six weeks of pregnancy and allows private citizens to sue abortion providers and anyone else who helps a woman get an abortion and potentially receive a bounty of up to $10,000.

As Quartz’s Annalisa Merelli wrote, “This means that, as of today, every Texan has a financial incentive to track down almost any abortion, since at least two-thirds of all abortions occur after the sixth week.”

For a faltering Liberal campaign looking for ways to draw contrasts between Justin Trudeau and Erin O’Toole, this provides a much-awaited opening. After all, the Liberals’ platform includes a pledge to “establish regulations under the Canada Health Act governing accessibility for sexual and reproductive health services so there is no question, that no matter where someone lives, that they have access to publicly available sexual and reproductive health services.”

They have also promised to crack down on so-called “crisis pregnancy centres,” which routinely trade in misinformation about abortions and their long-term consequences. Approximately two-thirds of these centres operate as charities, and Trudeau said on Wednesday that he’d revoke that status if re-elected.

It might be tempting for Canadians to believe the issue of abortion is closed for debate. That’s certainly what conservatives and their allies in the commentariat would have you believe.

As Toronto Sun columnist Warren Kinsella wrote recently, “The abortion debate is settled — it has been since 1988.” That’s a reference to the landmark Morgentaler decision, where the Supreme Court of Canada struck down the law narrowly limiting the circumstances in which a woman could access abortion services — and threatened serious legal consequences, including a maximum sentence of life imprisonment, to doctors who provided them outside of those confines. As a result of that decision, abortion services were treated like any other medical condition from that point forward in the eyes of the law.

But the absence of a law criminalizing unsanctioned abortions isn’t the same thing as a law guaranteeing access to them. And while pro-life conservatives aren’t foolish enough to try to implement any legislation that would criminalize abortions again, they aren’t above trying to make access more difficult. Just this year, 81 members of O’Toole’s caucus (and one former one in Derek Sloan) voted to restrict access to abortions in certain circumstances.

The issue is not the legality of abortion services, as some want to pretend. Instead, the new pro-life playbook revolves about access — and reducing it wherever possible. In rural areas of many parts of Canada, that’s already an issue. It’s why the Trudeau government held back health funding on two separate occasions from the Conservative government in New Brunswick after it refused to fund abortions performed in Clinic 554, a sexual health centre. And it’s why the Trudeau Liberals are now promising to write this more explicitly into the Canada Health Act if they’re re-elected.

O’Toole may not be reading from that playbook, given that he voted against Bill C-233 and has been clear that he is personally pro-choice. But he still leads a party that is marbled with anti-choice MPs and insiders, and which continues to allow free votes on abortion bills. RightNow, an anti-abortion group, claims that as many as 68 members of O’Toole’s caucus are pro-life, while the Campaign Life Coalition believes they may have doubled the number of pro-life representatives on the party’s national council at the recent CPC convention.

The absence of a law criminalizing unsanctioned abortions isn’t the same thing as a law guaranteeing access to them, writes columnist @maxfawcett for @NatObserver. #elxn44 #Texas

They’re not done, either. In an August video, RightNow laid out its plan to install more social conservatives on local electoral district associations in advance of a potential leadership race to replace Erin O’Toole. And while that seems like a moot point right now, the group clearly has no intention of backing down. According to Press Progress, the group has more than 300,000 supporters — ones who are apparently ready and willing to act.

A party whose caucus, national council, and membership is this heavily influenced by pro-life supporters doesn’t sound like a party that views the issue of abortion as settled. Instead, it sounds like one that will continue to chip away at the edges of the legal and social framework around abortion.

And if we want to see where it ultimately leads, we need look no further than Texas, where the existence of Roe v. Wade, a Supreme Court decision that ostensibly protects a woman’s right to seek an abortion, didn’t stop the state from making access nearly impossible.

So yes, the Liberals are going to raise this issue over the next two-plus weeks. If O’Toole wants to remove this particular wedge issue from their arsenal, he could forcefully renounce the anti-choice elements in his own midst and make his pro-choice beliefs into a pro-choice policy for the Conservative Party of Canada.

Until he does, Canadians have every right to worry about a movement that clearly intends to limit access to abortion services — one that will surely be buoyed by what just happened in Texas, and may be looking for ways to repeat that here.

You must choose with great care who you vote for this fall . . . as the growing contingent of conservative MP's takes heart from what's happening in Texas, and the fact that their leader will allow them to express their anti-women opinions freely, even though he claims to be pro-choice.

We must all pay very close

We must all pay very close attention to this. It’s important!

Anti-abortion is anti-women which fits very well into our FPP liberal capitalist winner take all oligarchic system. Lack of health services, choice, housing and respect for life is what dominates the underlying thrust of political habits. Our system hovers over our sub-conscious as we struggle to prove our worth not by character but by class. The way to unexamined fascism is by keeping some in poverty. Those who are most likely to need abortions are those who can't afford to raise a child, who have very little emotional as well as financial support and who are vulnerable to domestic violence. The anti-abortion movement calls women murderers while starving them of social needs like food, housing and livable wages.