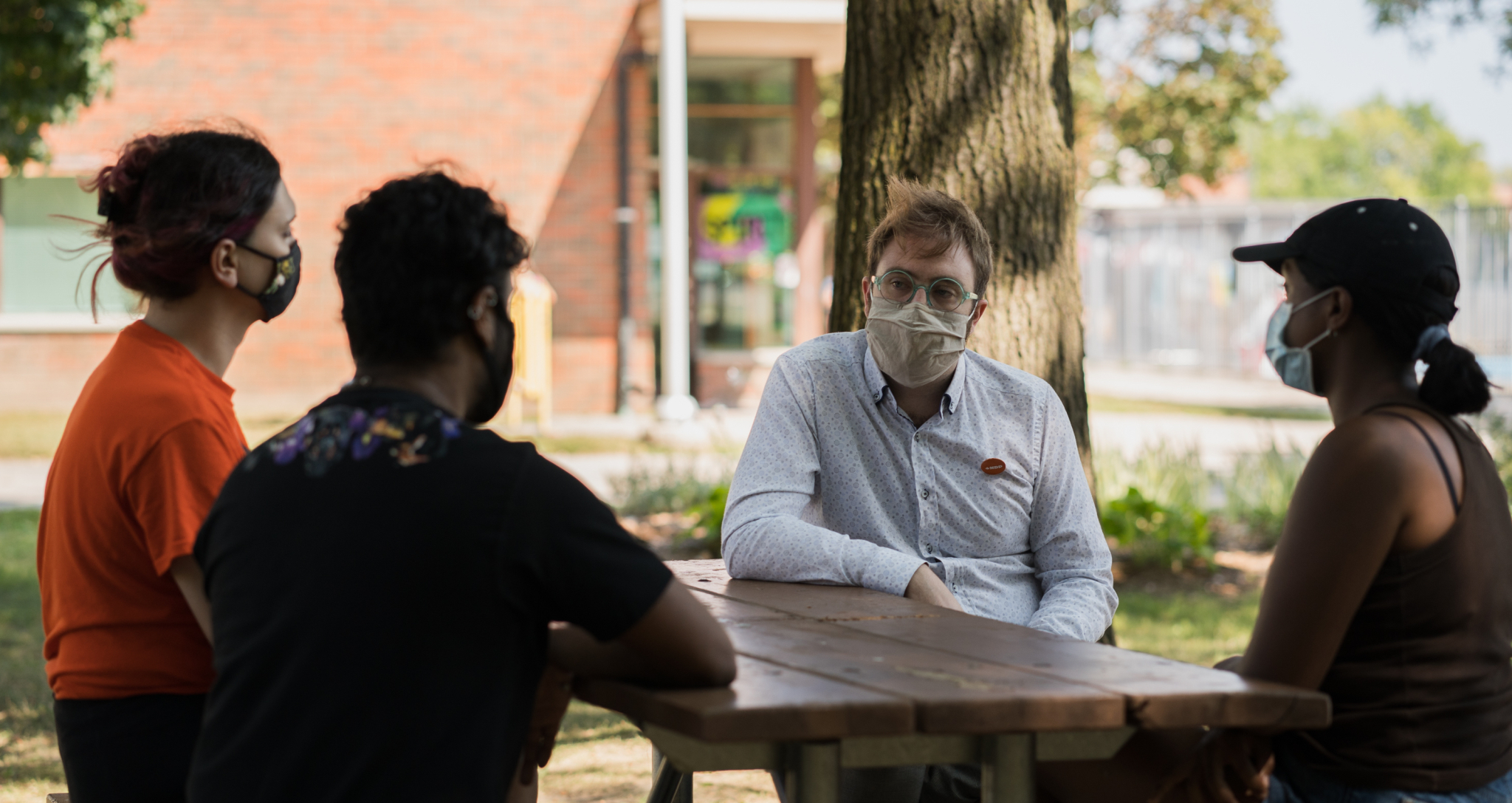 With little time to prepare and no local NDP candidate already in place when Justin Trudeau’s Liberals called a snap federal election last month, several young people in Toronto got a chance to turn their desire for change into a tangible electoral effort.

In Eglinton-Lawrence in the northwest of the city, 27-year-old Caleb Senneker hears frustration from voters who feel neither the Liberals (who have held the seat for all but four years in the last four decades) nor the Conservatives are vying for their votes or hearing their concerns.

“The reception at the door has inspired me even more,” Senneker said of their daily campaigning in a riding that includes several low-income, high-density housing communities. “Listening to what people need and what they want from their elected officials both encourages me and saddens me.”

Many residents have told him they are unable to reach their MP, immigration minister in the last federal cabinet Marco Mendicino, or receive an unsatisfactory response to their challenges, he said.

A similar feeling of insufficient attention to an issue important to Senneker got them fired up to run in the first place, after receiving canned responses from federal, provincial, and municipal representatives when he sought more action on reconciliation following the discovery of the remains of hundreds of children buried at the sites of former residential schools earlier this year.

“That made me angry, that these were people (who) could do something and weren't doing something,” he said.

Senneker said he thinks younger people approach politics differently than older generations, less tied to a particular party and more likely to vote for solutions to the issues they face.

“They know our future depends on change. We need to take action on climate change if we want a future,” they said.

Senneker has shifted his allegiance over time, voting for Stephen Harper’s Conservatives in 2011 and Justin Trudeau’s Liberals in 2015, and firmly behind the NDP after the Liberals’ broke their promise on electoral reform.

“I was so excited for the 2015 campaign promises from the Liberals and very passionately voted in favour of the Liberal Party and I had my dreams crushed,” they said.

“The reception at the door has inspired me even more,” says Caleb Senneker of their daily campaigning in the riding of Eglinton-Lawrence, which includes several low-income, high-density housing communities. #elxn44

Christina Love wasn’t old enough to cast a ballot in the 2019 election that reduced the Trudeau government to a minority, so her first opportunity to vote will be in an election in which she is a candidate.

“I have a vested interest in protecting my future, specifically the climate and the environment,” she said. “Those are just huge issues, so I wanted to make sure my vote wasn't going towards the status quo.”

She was looking up the local candidates to decide who to vote for when she saw that neither the Greens nor the NDP were at that time fielding a challenger to the Liberal incumbent Shaun Chen.

The NDP said it could help her get the 100 signatures needed, and initially wanted her to run in Durham as a sharp contrast to local MP and Conservative Leader Erin O’Toole.

The 19-year-old is instead running for the NDP in Scarborough North, while also starting her third year of an Indigenous studies and French double major at York University as the campaign hit its final week.

She wants to be an elementary school teacher outside the city, but for now, is extending her campus activism onto the national stage.

Love said her focus is on labour rights and housing since those are the areas where she has the most experience, while environmentalism underpins everything since “the biggest issue any of us will ever face is the climate catastrophe.”

Both Senneker and Love are concerned about housing affordability, with Senneker noting that their rent has doubled since 2014 despite moving from living alone to sharing with their partner.

Love, who designed a series of housing and tenancy fact sheets while working a summer job with Social Planning Toronto, said there should be renewed and stable provincial and federal funding to expand co-operative housing as a sustainable housing solution that can also create community-building opportunities.

“It's not reliant on a four-year government being re-elected and re-elected,” she said. “This is something that will build up our communities and stay built up.”

Love, a cashier and postal clerk at a Shoppers Drug Mart who started organizing a union effort in late 2020, says she would also like to see a federal ban on back-to-work legislation and for the history and achievements of the labour movement to be more broadly publicized.

“How unions win is that they strike and their demands are met, it's not that they strike, nothing happens, and then they're forced back to work,” she said. “It's really important that we're enfranchised and able to agitate for change, and that we know how to do so.”

Great article, Morgan. The younger generation have provided more proof of how older Canadians have blinders on when it comes it running the country. They dislike Trudeau, and for good reasons, have not much faith in O'Toole and his bouncing back and forth with regards to party policies, yet love to throw the NDP under the bus when they have not been in power for decades. Get a bunch of BS spouting Liberal and Conservative backers, who don't want to tell the truth about actual policies of their party, and bam, toss all other parties aside.
It is too bad they do not truthfully admit how much NDP, and Bloc for that matter, actually helped millions and millions of Canadians since the outbreak of the pandemic.
Trudeau and his minions, and the Conservatives, have had 6+ years to do what they are spouting same promises about.......again!!