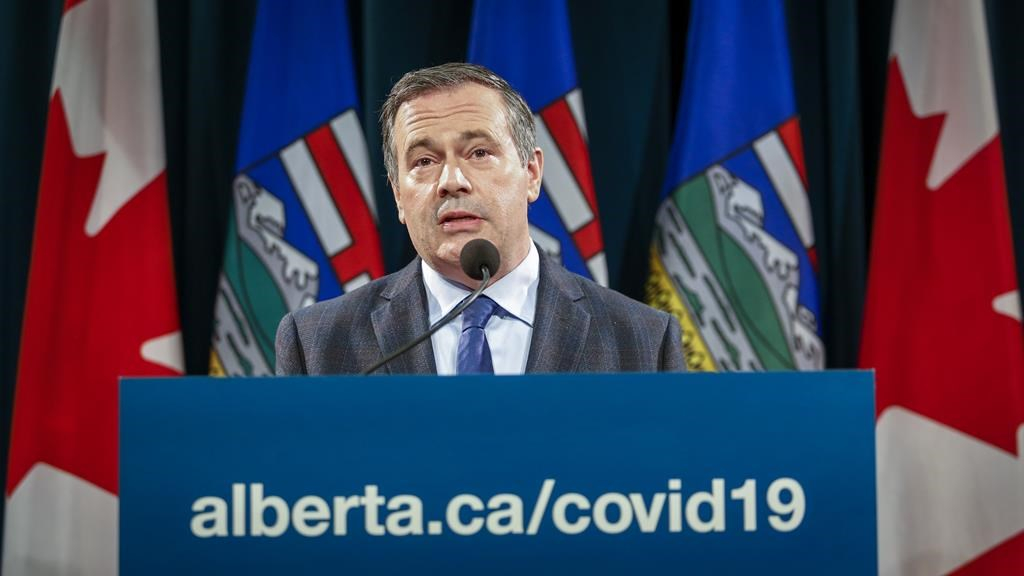 Alberta Premier Jason Kenney, facing a COVID-19 crisis that is threatening to collapse its health system in just over a week, has reintroduced limits on gatherings along with elements of a vaccine passport system.

Alberta is also asking for help from other provinces to use their intensive care beds and staff while prepping its triage protocols, which would see doctors forced to choose who gets life-saving treatment and who does not.

“We may run out of staff and intensive care beds within the next 10 days,” Kenney said.

“Unless we slow (virus) transmission, particularly amongst unvaccinated Albertans, we simply will not be able to provide adequate care to everyone who gets sick."

There have been mass cancellations of non-urgent surgeries throughout the province — transplants, some cancer treatments and children’s surgeries, as staff are reassigned to COVID-19 care.

Dr. Verna Yiu, the head of Alberta Health Services, said the health system has never had so many people in intensive care at one time.

Triage has not been activated yet, she said, but staff are being briefed on rules and processes.

“If activated, the triage will be provincial in scope (and) applicable to all health facilities and critical care units in Alberta,” said Yiu.

Albertans can count on the federal government to help with the severe Covid-19 situation in your province. We’ll be there with ventilators, vaccines and people. In the meantime stay safe, get vaccinated and help each other.

"We'll be there with ventilators, vaccines and people. In the meantime stay safe, get vaccinated and help each other."

Alberta has more than 18,000 active COVID-19 cases, by far the highest in Canada.

It has been lagging on vaccinations, with less than 72 per cent of those 12 and older, who are eligible, fully immunized.

To stem transmission, Kenney’s government introduced an array of measures including a form of the vaccine passport.

Several provinces are bringing in the passports, which compel people to prove they have been vaccinated before being allowed to use non-essential services.

Kenney had resisted such measures for health privacy reasons. But critics said he did so to prevent a revolt by anti-restriction members of his caucus.

Kenney said he was reluctant to approve what he called, not a passport, but a "restriction exemption program."

"With unvaccinated patients overwhelming now our hospitals, this is now the only responsible choice that we have," he said.

However, businesses that opt out of the program can operate at reduced capacity and with distancing rules or restrictions, such as no more than six people at a table in a restaurant.

There is a welter of other rules to reduce capacity at weddings, funerals and private social gatherings starting Thursday.

Mandatory work-from-home orders are also in place unless it’s essential a worker is on-site. Masking in schools, previously left to school boards, is now mandatory for students in Grade 4 and up, along with staff and teachers.

“This is a crisis of this premier and his cabinet’s own making."

She said Kenney pushed Alberta faster and harder than any other province and refused to act for weeks when it was obvious something had to be done.

“He refused to take responsibility. He blamed in fact low vaccination rates for the fact that he ignored the evidence and went into hiding.

“What we saw today from the premier was not an apology. It was an embarrassing attempt to duck responsibility.”

Kenney pushed back on suggestions that he and his government are to blame for the crisis. His government lifted nearly all health restrictions on July 1 despite warnings of the Delta variant. No action was taken through the summer as cases and hospitalizations soared.

At the time, Kenney triumphantly announced COVID-19 was on the wane and mocked reporters who warned of the Delta variant. He announced there was no Plan B for high hospitalization rates because the government didn’t foresee it happening.

Earlier this week, the province's chief medical health officer, Dr. Deena Hinshaw, acknowledged the decision to drop restrictions was wrong and that it lit the fuse on the skyrocketing caseload.

Kenney apologized for misreading COVID’s predicted path in June but said he wasn’t sorry for lifting all restrictions. He said he didn’t think a COVID-weary population would continue to follow them.

— With files from Alanna Smith in Calgary

Alberta backpedals on lifting all COVID restrictions as cases spike