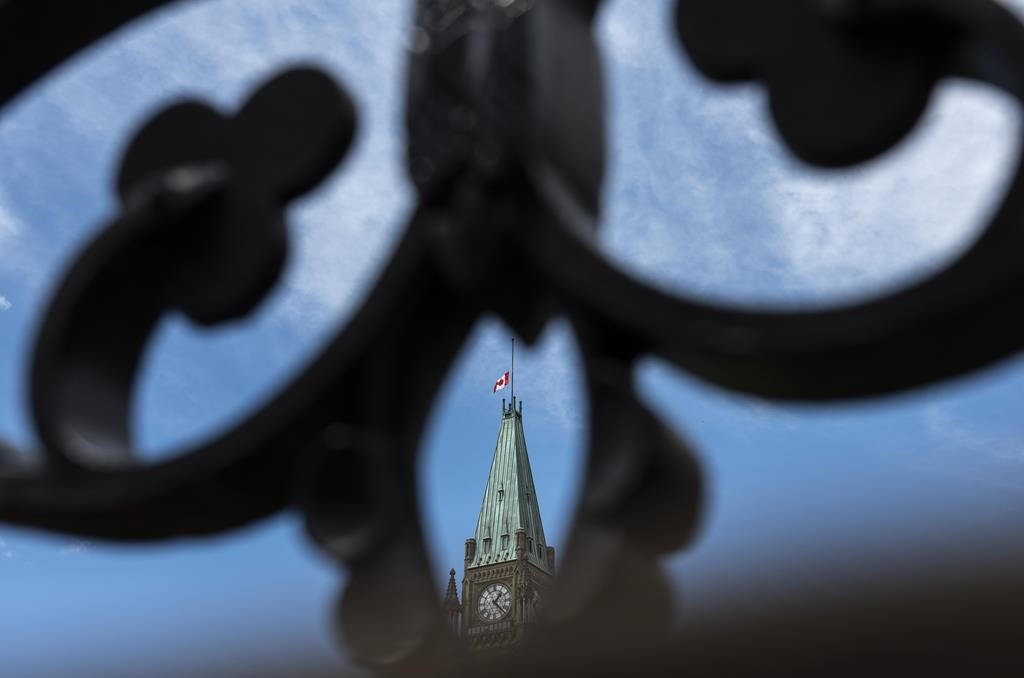 The flag on the Peace Tower on Parliament Hill in Ottawa flies at half mast on May 30, 2021. File photo by The Canadian Press/Justin Tang
Previous story
Next story

There are likely to be three new Indigenous members of Parliament in the House of Commons following a federal election that had a record number of First Nations, Métis and Inuit candidates.

Blake Desjarlais, who is Métis, was leading in Edmonton Griesbach, which has been held by Conservative MP Kerry Diotte since the riding was created in 2015. Mail-in ballots were still being tallied on Tuesday, however.

Adam Chambers, also Métis, took the seat of Simcoe-North in Ontario for the Conservatives.

Eight of at least 77 candidates were incumbents and all successfully held on to their seats, so if Desjarlais wins, there will be 11 Indigenous MPs in the 338-seat Parliament — up by one from the 2019 election.

A PhD candidate in political science said Monday's results can be seen as a win for Indigenous people, but there is still a gap between the number of candidates running compared with how many get into office.

"I worry if there is continuing to be no (better) results, that (enthusiasm) will fizzle out," said Philip Charbonneau of Western University in London, Ont.

Charbonneau said he was surprised Saskatchewan didn't elect a single Indigenous MP when about a dozen were running.

There were three Indigenous candidates in the riding, including heavily favoured Buckley Belanger who left his position as an NDP member of the Saskatchewan legislature to run for the Liberals, but the seat ultimately stayed with Conservative incumbent Gary Vidal.

Charbonneau said voter apathy and historically low voter turnout on reserves could have played a role.

"Maybe because nobody really seemed to want (this election), that also played out in Indigenous communities and they also decided not to show up at the polls again."