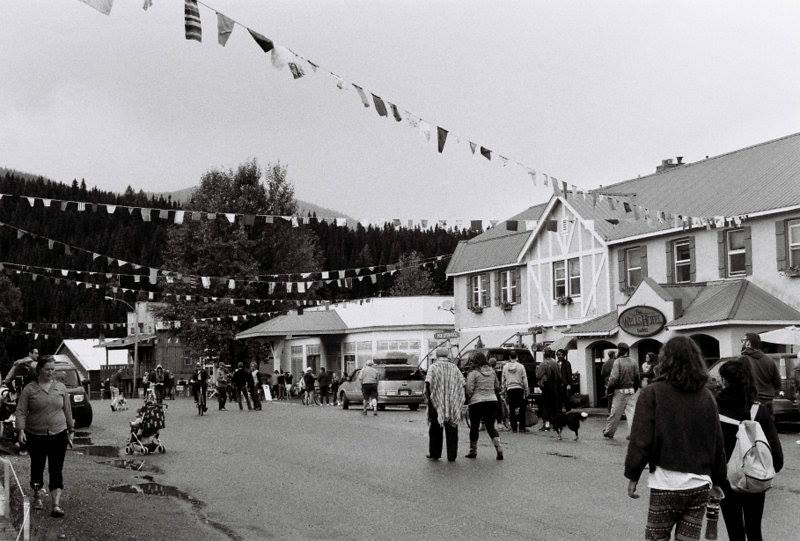 Sarah Breen spent her summer looking out at mountain ranges obscured by smoke caused by climate change. Unable to mountain bike because of the air quality, and socialize because of the pandemic, she found herself saying, “There's nothing to do.”

Living in Nelson, B.C., Breen’s story is similar to many other rural dwellers across Canada. Although wildfires, floods, and other natural disasters affect the whole country, smaller communities often suffer more intensely than their larger counterparts when the effects of climate change hit.

The details of that experience and the resilience and adaptation that comes out of it are what Breen focused on during her most recent research project. She’s the Regional Innovation Chair in rural economic development at Selkirk College in Nelson, and the author of the British Columbia chapter of a new nationwide report, State of Rural Canada 2021: Opportunities, Recovery, and Resilience in Changing Times, published by the Canadian Rural Revitalization Fund.

The report doesn’t just touch on climate change, but the varied components of rural experience. Authors were assigned to a province or territory and were asked to go through the trends and issues that have stood out in small communities in their area over the past five years. That meant highlighting key issues, as well as successes, explained Kyle Rich, co-editor of the report.

While going through the findings, he saw climate change weave its way into many aspects of rural living and experience. Namely, the effect it has on tourism, economics, and culture.

“It was really interesting because this year, it was such a prominent theme across many provinces,” he said.

“Everyone is recognizing it and (noting its) impacts and speaking to some of the nuanced ways it impacts communities in different places.”

In B.C., Breen says the wildfires and flooding have had long-lasting impacts on the health of rural dwellers and the well-being of essential industries in their communities.

She points to tourism, which saw a $139-million loss province-wide from the 2017 fire season. Of course, there are extreme cases, such as this past summer when the village of Lytton was wiped out by fire. With B.C. wildfires now burning 10 times more than in the 1990s, adaptation and preparation are key, said Breen.

“(But there are) impacts on critical sectors beyond tourism. So you've got millions of hectares of merchantable timber that are going up in smoke. You've got impacts to rangeland for cattle ranching, crop damage ... if you consider the vineyards, there's smoke taint,” she said, which is when grapes absorb smoke — affecting the taste of wine.

“There's no part of our lives that those events aren’t permeating.”

Because rural communities have fewer resources, disasters often hit harder and linger longer, said Breen. Providing a snapshot of the past five years was important for her, and she says the recommendations to higher governments to invest in rural policy, take action on Truth and Reconciliation, and other issues need to be backed by research like this. Breen would like to see more data on the experience of rural people — customized local data helps prioritize spending and increase understanding, she said.

“At the end of the day, people living in rural communities, we have to deal with this, and nobody is going to swoop in and solve climate change overnight or solve this problem for us, so we have to continue to find ways to adapt and to be resilient,” she said.

However, Breen emphasizes the report is more than calls to action and details of struggle, it’s also about how rural communities could foster collaboration between one another and learn from successes across the country.

In B.C., they highlighted two case studies of communities they thought other towns could learn from — the creation of funds to strengthen the local economy during COVID-19 in Kitimat (the first fund was valued at over $500,000), and a Kwak’wala Indigenous language revitalization program on northern Vancouver Island.

“Oftentimes, when people talk about rural (communities), they talk about it as if it's the poor, disadvantaged cousin of the urban place. And there's this assumption that we're this dying, aging backward place. And in order for us to fix ourselves, we need to become all these mini urban centres and that is, politely, incorrect,” she said.

“Rural places are innovative, they're collaborative, they always find ways to do amazing things with far fewer resources than our urban counterparts have.”