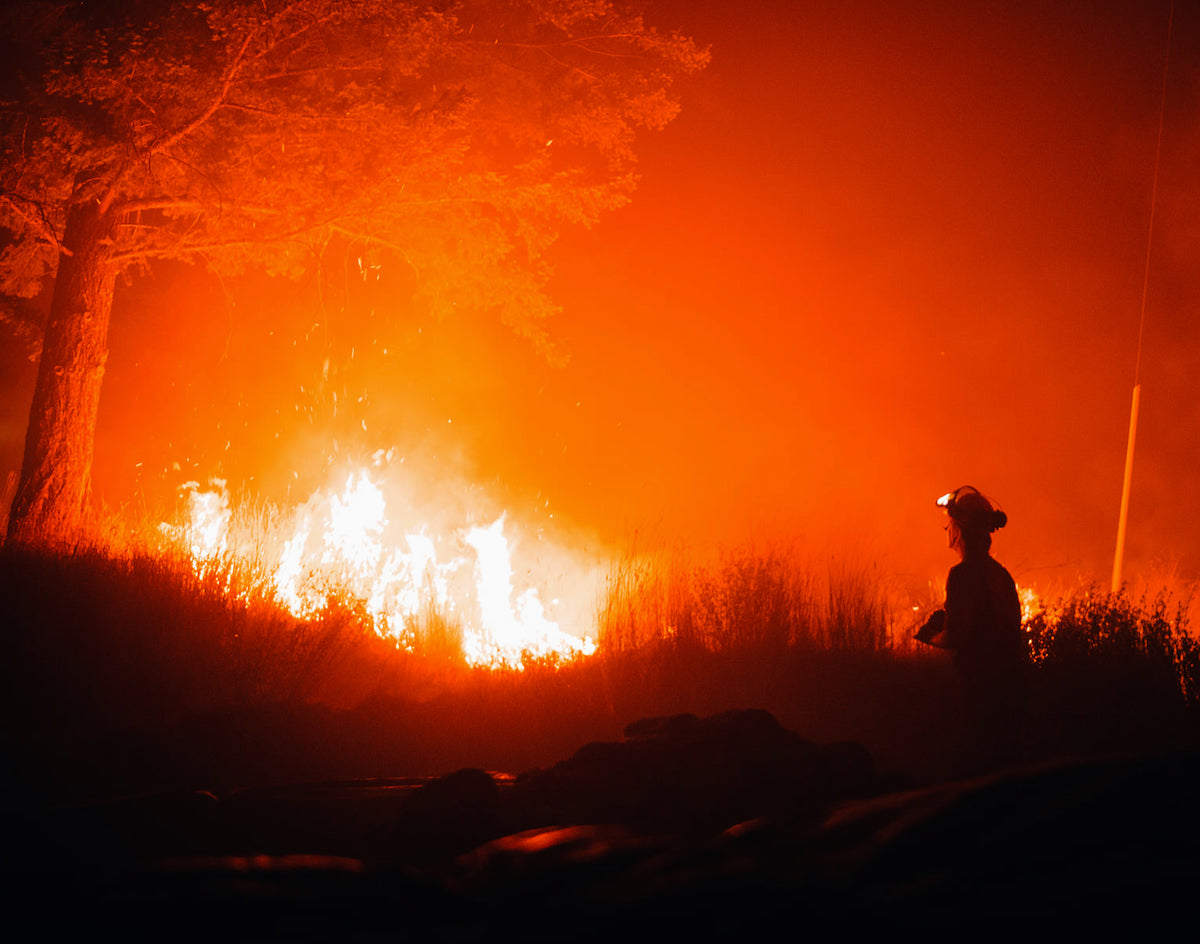 Many of B.C.'s rural communities are under evacuation alerts as climate changes fuels an intense wildfire season. Photo courtesy of the BC Wildfire Service
Previous story
Next story

If it wasn’t already evident that Canada’s rural and remote communities are suffering outsized impacts during the climate emergency, it’s undeniable now.

Southern B.C. and swaths of its coastal rainforests are entering a second month of severe drought, while the interior of the province is in flames — suffering one of the driest and most acute wildfire seasons on record.

There were 271 wildfires — 31 of them deemed a threat to public safety — tearing through the province as of Monday afternoon.

A total of 66 communities are under evacuation orders, and another 106 are on alert, according Monday's wildfire update, particularly in the Cariboo, Kamloops and southeast fire regions, which are also blanketed to varying degrees by a pall of smoke.

The village of Lytton and surrounding First Nations communities had little advance warning before flames wiped the area off the map after a wildfire followed on the heels of a record-breaking heat dome at the end of June.

Small, remote communities such as Lytton — particularly those populated by First Nations — often pay the steepest price of climate change, but are allocated the least resources to mitigate its effects, despite rural areas' disproportionate contributions to Canada’s economy, said Brian Eddy, a researcher at Natural Resources Canada (NRCAN).

As a result, the climate challenges and inequities in rural regions can still impact people across Canada, noted Eddy, the co-author of a chapter on the issue in a landmark report on what the country must do to mitigate and adapt to global warming.

“That warrants some serious consideration, because the economic well-being of Canada is dependent on how well these regions and their natural resource sectors are able to adapt to whatever unfolds with climate change.”

"The economic well-being of Canada is dependent on how well these regions and their natural resource sectors are able to adapt to whatever unfolds with climate change," says Brian Eddy @NRCan on the need to address #ClimateChange in rural communities

While only six million Canadians — approximately 17 per cent of the total population — live in rural communities of fewer than 10,000 people, these areas generate approximately 30 per cent of Canada’s gross domestic product, the study indicates.

“(These) communities are very heavily dependent on the natural resource sectors,” he said.

“All of these sectors, either directly or indirectly, will be impacted by climate change one way or another.”

Additionally, smaller Canadian communities struggle with minimal or degraded infrastructure, the ongoing centralization of resources and services (such as health or education) while facing increased frequency of intense weather events, flooding, sea level rise, and permafrost thawing, along with water shortages and wildfires.

And though small communities are resilient and accustomed to adapting to boom and bust cycles, they don’t necessarily have the finances or the expertise to tackle the complexities associated with climate change.

“Most rural, remote communities live hand to mouth. They really only have the revenues to cover sewer and water,” Eddy said.

All levels of government need to collaborate and do adaptation planning specific to the threats faced by particular locales or communities, he added.

And the individual resource industries should avoid working in silos as well, taking a collaborative and regional approach to anticipating and dealing with climate disruptions in co-operation with government.

“Most of the scientific analysis and modelling around climate change is done at a national or global scale,” Eddy said.

“But when it comes to impacts modelled or analyzed at a local or regional scale, very little of that has been done so far.”

But the potential perils of climate change may be more profound and reach beyond simple economic impacts, Eddy said.

Rural and First Nation communities are tied more intensely to their natural surroundings — which boost food security through hunting, fishing, or trapping, and typically act as a primary source of recreation.

The environment, along with the resources and animals within it, all contribute to the social fabric and cultural identity of rural populations, Eddy added.

Pacific salmon are a keystone species in B.C. and fundamental to the social, cultural and economic well-being of First Nations on the West Coast.

Yet warming ocean waters, compounded by a host of other perils — such as habitat loss, water scarcity, and pollution — are pushing the wild salmon stocks to the brink of extinction.

In a desperate effort to save the salmon, the federal government has drastically reduced the commercial fishing fleet on the coast and heavily restricted sports fishing, while many First Nations have opted not to fish even for food or cultural needs in an effort to save the iconic species.

When planning for climate change, place-based expertise and Indigenous knowledge are key for rural communities, the study suggests.

“Taking an adaptation planning approach in these communities could really (positively) affect culture, livelihoods and people’s way of life.”

How should Canada finance infrastructure in an era of climate breakdown?

I'm glad this article keeps climate change impacts as a set of multiple impacts. We have to solve GHG emissions, mass species extinctions, water cycling disruptions, and nutrient booms and busts simultanteously if we are going to get through this alive. Focussing on one at a time (currently carbon/GHG emissions) is bound to fail because ecosystems involve multiple systems interacting with complex interdependence.