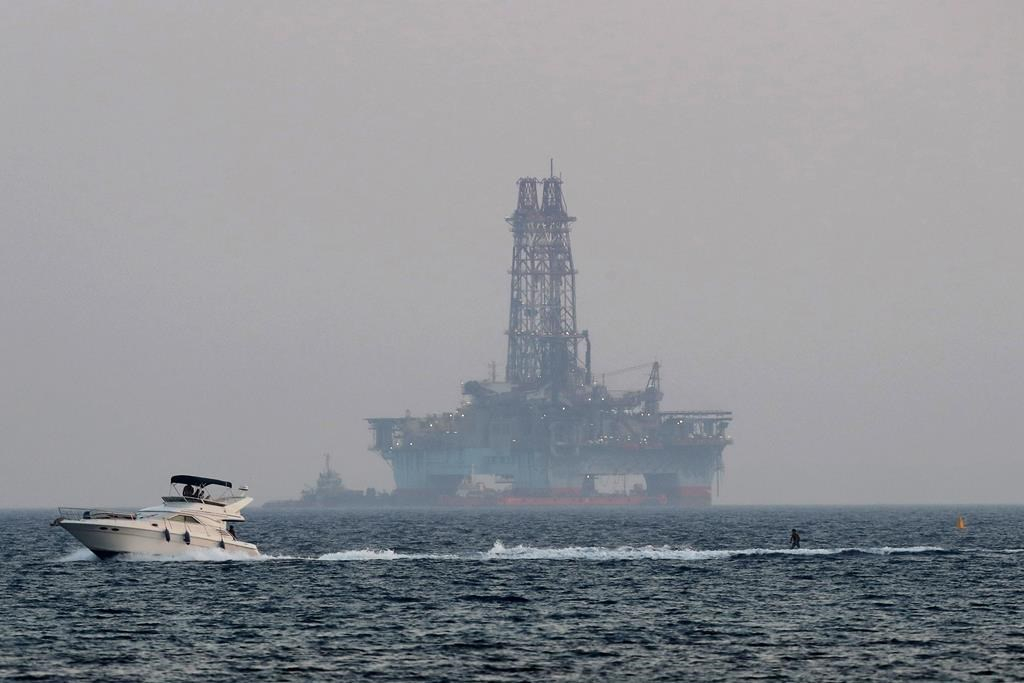 In this Sunday, July 5, 2020, file photo, an offshore drilling rig is seen in the waters off Cyprus' coastal city of Limassol as a boat passes with a skier. File photo by The Associated Press/Petros Karadjias
Previous story
Next story

A climate change conference will underscore to policy-makers in the Middle East and the east Mediterranean that the switch from fossil fuels to renewable energy sources is needed urgently because greenhouse gas emissions are helping to drive up regional temperatures faster than in many other inhabited parts of the world.

George Zittis, a scientist at the Cyprus Institute's Climate and Atmosphere Research Center, said that although this “can't happen overnight" because of the region's heavy dependency on fossil fuels for energy production, governments have to make the switch within the next two decades to avert potentially “irreversible effects" such as desertification.

“We need to completely decarbonize, even go negative," in greenhouse gas emissions, Zittis told The Associated Press on Monday in an interview before this week's 2nd International Conference that focuses on the east Mediterranean and Middle East, which together are recognized as a global “climate change hot spot."

The conference is organized by the Cyprus government and brings together 65 top scientists, diplomats and policy-makers from Egypt, Israel, Jordan, Iraq and Greece to present the results of a two-year study compiled from contributions by 220 experts and to present policy recommendations to countries in the region.

Zittis said regional governments should take heed and expedite the move to renewables because the accelerated temperature rise combined with reduced precipitation could mean extended heat waves that would ramp up energy costs for greenhouse gas-spewing desalination plants and electricity-hungry air conditioning units.

Natural gas is a cleaner-burning fossil fuel that could act as a transitional source of energy for the region until renewables such as solar and wind come online on a mass scale, Zittis said.

A hotter region would also mean less moisture in the soil — a key ingredient to keeping air temperatures cooler once that moisture evaporates. The growth of cities in the Middle East and east Mediterranean also means a loss of arable land that could hold such moisture. Zittis said temperatures in urban settings are on average two to four degrees Celsius higher than outside cities.

The east Mediterranean and Middle East now emit almost as much greenhouse gasses as the entire European Union, Zittis said. Scientists will also urge policy-makers to ensure that new houses, buildings and vehicle engines are as energy efficient as possible.

Experts will also need to come up with strategies on how countries will need to adapt to a changing climate in order to get a handle on the higher expenditures that will flow from that. Zittis also said that scientists are warning of possible mass migrations from countries in the Middle East as water gets more scarce and temperatures rise.