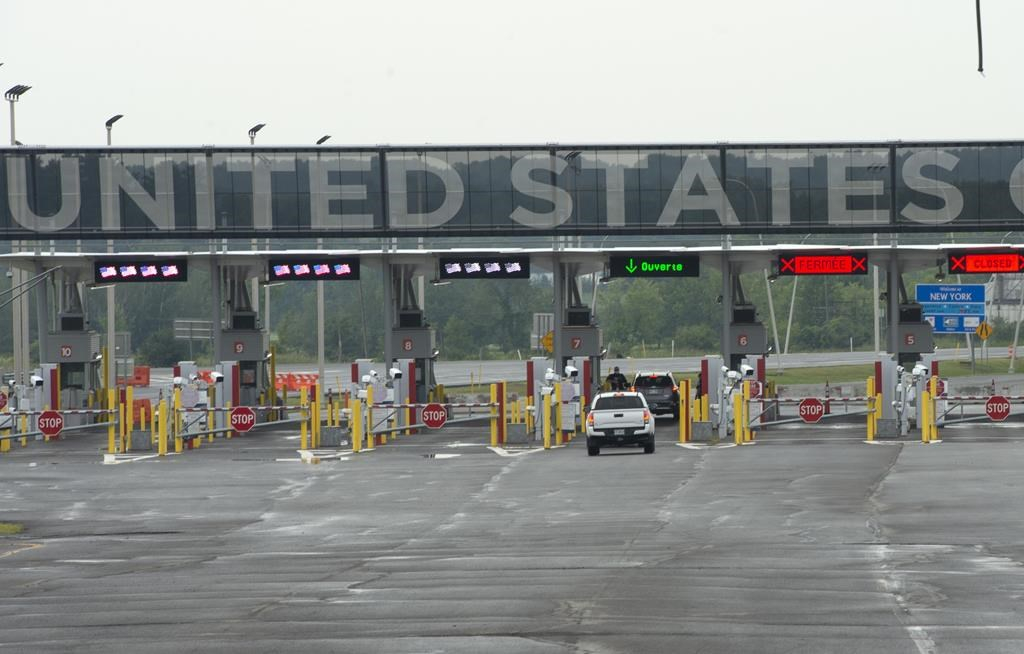 A coalition of elected officials, bilateral business leaders and travellers-turned-lobbyists briefly cheered the coming reprieve from restrictions at the Canada-U.S. border Wednesday before confronting their next challenge: the question of mixed-dose vaccinations.

The plan for early November, spelled out by senior Biden administration officials as well as Homeland Security Secretary Alejandro Mayorkas, was short on key details, most notably whether the U.S. will consider the many Canadians who received two different vaccines to be fully immunized.

"Cross-border travel creates significant economic activity in our border communities and benefits our broader economy. We are pleased to be taking steps to resume regular travel in a safe and sustainable manner," Mayorkas said in a statement.

"This new travel system will create consistent, stringent protocols for all foreign nationals travelling to the United States — whether by air, land, or ferry — and accounts for the wide availability of COVID-19 vaccinations."

U.S. officials say experts at the Centers for Disease Control and Prevention are actively exploring the issue of whether to allow travellers who received a mix of vaccines. Ottawa has also been actively lobbying the White House on the issue, including with the Public Health Agency of Canada's own research on the effectiveness of mixed doses.

That question, along with the absence of a hard start date beyond early November and a lack of specificity on what kind of paperwork travellers will be required to show, dampened the enthusiasm for an announcement people on both sides of the border have been waiting to hear for months.

"The job is not finished," said Perrin Beatty, president and chief executive officer of the Canadian Chamber of Commerce.

"The two governments need to work together to ensure that fully vaccinated Canadians with mixed-dose combinations are eligible for entry into the United States."

Researchers in Quebec and B.C. have all found preliminary evidence that appears to vindicate Canada's controversial strategy of mixing vaccine doses and spacing them out four months apart in hopes of stretching the available supply.

New York congressman Brian Higgins, whose crusade against the U.S. travel restrictions has made him the movement's de facto spiritual leader, acknowledged that the White House needs to clarify precisely how it will define a fully vaccinated traveller.

Why the decision took so long remains a mystery, he added. Canada relaxed its border restrictions for Americans in early August.

The U.S. will not be requiring travellers to show proof of a negative test for COVID-19, unlike Canada, which includes a recent negative PCR test among the requirements for everyone entering the country, including Canadian citizens and permanent residents.

Stephanie Frizzell of Magog, Que., a U.S. citizen and permanent resident in Canada, said the testing requirement in her adopted country remains a deal-breaker.

"I'm happy, but it's still ridiculously complicated," said Frizzell, who spends time when she can taking care of her parents in Vermont. "I don’t know what relief it provides to anybody that the American border is open if you're going to get crucified when you want to go home."

Beatty and others, including Windsor Mayor Drew Dilkens, urged the federal government to eliminate the pre-departure test requirement.

Deputy Prime Minister Chrystia Freeland, who happened to be in Washington on Wednesday, warned Canadians to stay vigilant about the risks of international travel.

"'Just try to do the things you need to do, and maybe hold back on doing the things that you just want to do.' I think if we can keep on doing that for a few more weeks, Canada can really fully put COVID behind us."

Mayor Mike Bradley of Sarnia, Ont., said he believes Canadians will continue to be cautious, given that some parts of the U.S. have looser public health measures and higher COVID-19 case counts — a concern he said also emerged when Canada eased its border restrictions.

"I do believe the Canadian government made a mistake by opening our border without getting a reciprocal arrangement with the Americans," Bradley said.

"It's four months later, but it's happening, and it's a good thing."

Evan Rachkovsky, spokesman for the Canadian Snowbird Association, said he anticipates vehicle traffic at the border will come close to pre-pandemic levels once the restrictions are eased — but said the White House is definitely "cutting it close" for snowbirds hoping to winter in the southern U.S.

"There is obviously a bit of scrambling — some snowbirds have already made plans to ship their vehicle down south and then fly to meet those vehicles in the United States," Rachkovsky said.

The Biden administration's strategy is to dovetail the land border policy with its new international travel rules, which will also take effect in November and replace existing travel bans with a new proof-of-vaccination requirement.

As of early January, all foreign nationals entering the U.S., whether for essential or non-essential reasons, will be required to show proof of vaccination, officials said.

As of early January, all foreign nationals entering the U.S., whether for essential or non-essential reasons, will be required to show proof of vaccination, officials said.

In order to be considered fully vaccinated, travellers must have received a full course of a COVID-19 vaccine approved by either the U.S. Food and Drug Administration or the World Health Organization. That includes Oxford-AstraZeneca, a vaccine used in Canada that never received FDA approval.

The National Governors Association joined the chorus of voices welcoming Wednesday's news, but added a pointed caveat aimed directly at the White House: next time, check with us first.

"Should future changes be warranted, governors call on the administration to work with states and territories to ensure that policy guidance takes into account the local impacts on communities."

— With files from Paola Loriggio in Toronto, Sidhartha Banerjee in Montreal and Chris Reynolds in Ottawa