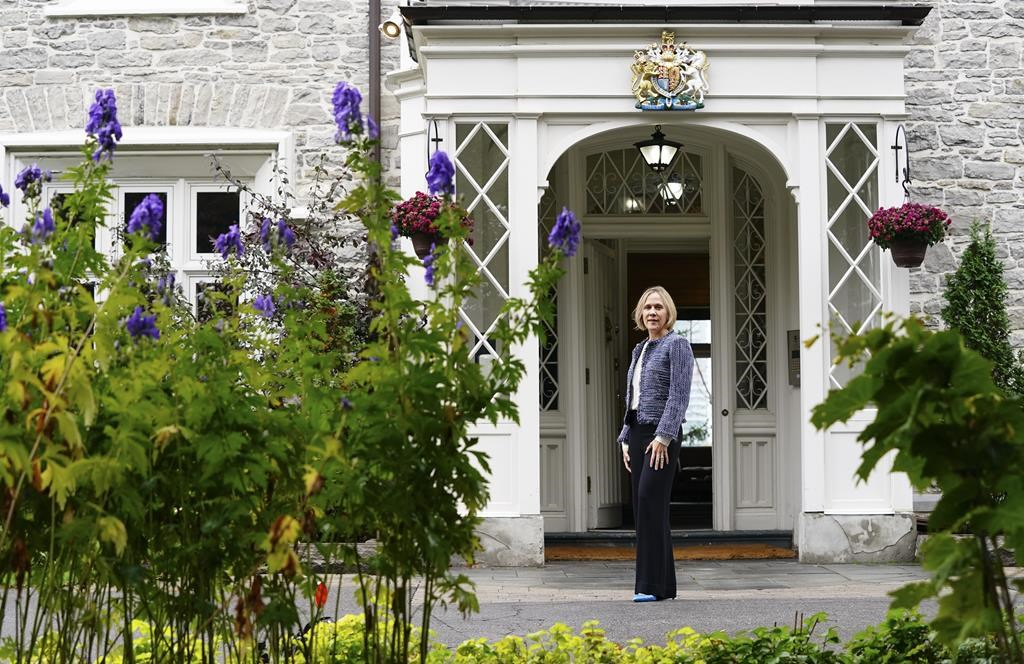 Britain's new envoy to Ottawa says Canada still has credibility as a reliable partner on fighting climate change despite a domestic rise of greenhouse gas emissions in recent years.

Susannah Goshko, the newly arrived British high commissioner to Canada, says the current Trudeau government has shown "huge leadership" on the international stage in the fight against climate change.

That's because Canada has doubled its financial commitments to climate financing and raised its emissions-reductions targets, which is putting pressure on other countries, Goshko said.

Goshko offered the assessment in a wide-ranging interview as the United Kingdom prepares to host what are seen as pivotal United Nations climate talks in Scotland next month, known as COP26.

Prime Minister Justin Trudeau faced criticism from his political opponents and from environmental groups during the recent federal election because Canada's carbon emissions actually rose from 2015 to 2019, the most recent years for which data is available.

While new Liberal policies might have driven down emissions in the two years since then, the current data has fuelled the narrative that Canada's reputation on fighting climate change has been diminished since Trudeau's 2015 participation in the Paris climate agreement in the weeks after he won power.

Not so, in Britain's view, said Goshko.

"I think that there's no question it's hard to do what needs to be done to reach our climate goals. A transition to a net-zero economy is really, really tricky. And I think the important thing, as far as Canada is concerned, is the commitment is there," said Goshko.

Net zero is the term that means no new emissions would be added to Earth's atmosphere, with nature or technology capturing any that are produced.

Those new commitments, as well as Canada's partnership with Germany to help deliver US$100 billion in financing to poorer countries to help them fight climate change, mean that "Canada's shown huge leadership," Goshko said.

"It's the kind of leadership we need because we need all countries now to really be stepping up on those commitments if we're to make COP a success."

Goshko said it's crucial that China, as the world's largest emitter, play a role in COP26 but her government is still waiting to find out whether President Xi Jinping will be joining the estimated 120 world leaders in taking part in the opening of the meeting in early November.

Despite China's voracious appetite for energy, including the coal-fired variety, Goshko said it is also the world's largest investor in renewable energy, which makes it a valuable partner in fighting climate change.

Goshko has had a front-row seat to Britain and Canada's fraught engagement with China in recent years. She served two years as the principal private secretary to the recently departed British foreign minister Dominic Raab.

She witnessed first-hand the personal friendship that Raab and his former Canadian counterpart, François-Philippe Champagne, forged during in-person meetings in London before and after the onset of the pandemic. Raab was enthusiastic to pursue a deeper alliance with Canada especially given Britain's departure from the European Union, said Goshko.

That manifested itself in supporting Canada in countering China's imprisonment of Michael Kovrig and Michael Spavor, which only ended in September after nearly three years. Raab was an early supporter of Canada's international effort to create a declaration against arbitrary detention by states, she said.

And Canada was an eager participant in international efforts to criticize China for human rights violations in Hong Kong and bring in sanctions over abuses in its Xinjiang province against Muslim Uyghurs, she said, undaunted by the fact China was holding two of its nationals in apparent retaliation for the arrest of Chinese executive Meng Wanzhou on a U.S. extradition warrant.

"I can't think of a time where we came to Canada and said, 'We'd like to do something on this,' and the answer was no," said Goshko.

Goshko also played down any suggestion that Britain snubbed Canada by forming a new alliance, known as AUKUS, with Australia and the United States. The alliance is designed to help Australia acquire a fleet of nuclear submarines to cope with the rising regional influence of China.

France was angered by the move, but Trudeau has shrugged it off, saying Canada has no interest in nuclear submarines.

Britain's military and security co-operation with Canada remains strong in other areas, including its collaborations through NATO in eastern Europe as a counterweight to Russia, and a recent agreement to deepen co-operation in the Arctic, she said.

Goshko said Britain's alliance with Canada in the Five Eyes intelligence sharing network (with Australia, the United States and New Zealand) remains a top priority that does not clash in any way with AUKUS. All members of the Five Eyes are continually working to strengthen its capability.

"I don't see AUKUS in any way, intention, in conflict with the Five Eyes," she said. "There's no sense for us that one comes at the expense of the other."

Canada's "leadership on climate change"? We truly to live in an Orwellian age: lies are truth, war is peace, Canada is a leader in climate change . . .