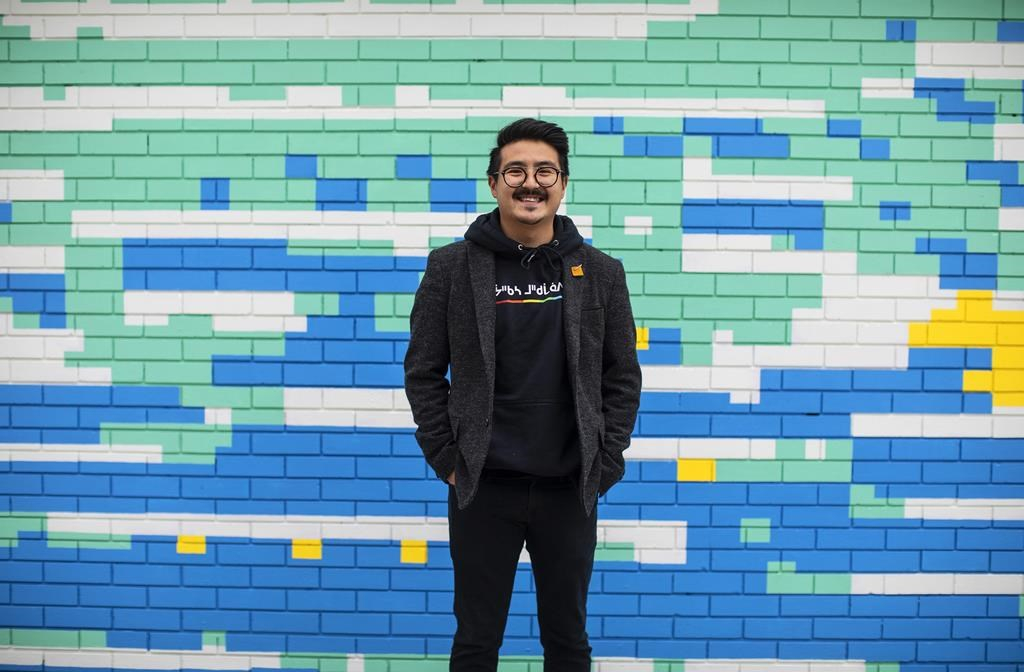 Blake Desjarlais says he represents what Alberta is truly about and it's not what the rest of Canada might think.

Believed to be the first two-spirit member of Parliament, the 27-year-old says his ancestry and Métis identity tell a juxtaposed story about the Prairies.

"We have this terrible reputation across the country for being this redneck, Texas-like state," Desjarlais says in a recent interview while sitting in a hotel lobby in central Edmonton's Boyle Street neighbourhood.

"(Alberta Premier) Jason Kenney has done an incredible job damaging our credibility across the world ... my family founded this province. We fought for it. We shed blood. We know first and foremost what this province is."

Desjarlais worked for Metis Settlements Alberta and chaired Alberta’s Indigenous climate leadership summits before he jumped into federal politics for the first time this year as an NDP candidate. In the September election, he unseated a Conservative in the Edmonton Griesbach riding.

Desjarlais says his roots stretch back centuries in the region, including the North-West Rebellion in 1885. His ancestors fought alongside Metis leader Louis Riel because they felt that Canada was not protecting their distinct culture.

Born in Edmonton, he says obstacles he faced as a child forced him to grow up fast and prepared him for politics.

"My courageous biological mother, Brenda, was a victim of the '60s Scoop and made the difficult decision to ask her sister, Grace, who she barely knew, to raise her son, as she faced her own traumas," Desjarlais says.

"I grew up hating this idea of being ... abandoned. But I quickly realized that it was the opposite of what actually happened."

While his mother struggled with substance abuse and tried to survive as a sex worker, Desjarlais grew up with his aunt and seven other children on the Fishing Lake Métis Settlement northeast of Edmonton.

Indigenous communities have had kinship families for centuries, he says.

"That's why Albertans are some of the hardest working people, who can teach the world a lot about community building and unity."

His riding office is located on 118Avenue, a well-known strip north of the downtown where his mother worked in the sex trade.

"(It's) really like the Indigenous street where new Canadians and people of colour feel at home, and that's where my mother felt at home," he says, adding he still bumps into elders in the area who worked with his mother, who fell ill and died about a decade ago.

The elders tell him stories about how they took care of one another, never knowing what their real names were.

"They had all these nicknames and ways of surviving in this community, and I'm part of it," Desjarlais says.

"I'm never going to be ashamed of that."

Since his election win, Desjarlais says he has also been thinking about his father, who was called Chully.

Chully worked as a carpenter and put smiles on people's faces when he handed them keys to new affordable housing units in Alberta. He died when Desjarlais was 12.

It's why Desjarlais wants to continue building.

"There's three kinds of building I want to do," Desjarlais says.

He wants it to be a province that embraces the history of its diverse groups, including some of its first immigrants from Lebanon, he says.

"People of colour ... their contributions continuously just get washed away. That's what I mean by rebranding ... how do we truly represent who we are as a province? By being honest with ourselves."

He says he also wants Alberta rebranded as environmentally friendly.

"There's only a finite amount of resources, so we have to diversify."

Desjarlais says he's excited for what the future holds.

Although he still has a lot to learn, he says he may consider running for prime minister one day — if enough people ask him to.

"I'm not terribly ambitious," he says with a laugh.

"I'm more of an 'oskapewo.' It's the Cree word for ... someone who helps medicine people with healing.