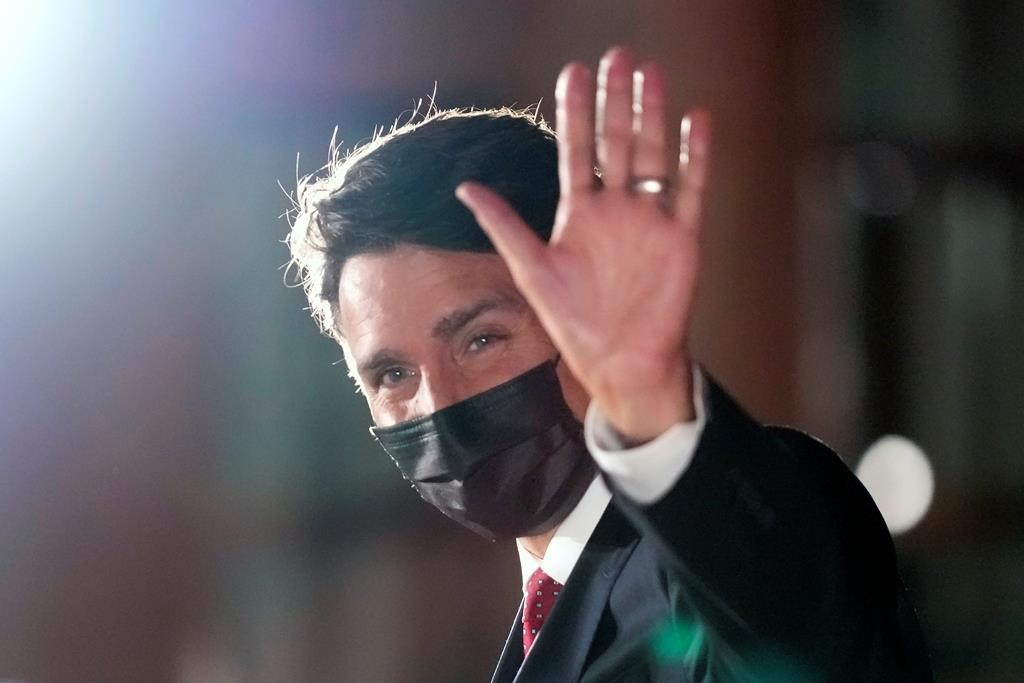 Justin Trudeau waves to the media on arrival prior to the English language leaders' debate, in Gatineau, Que., on Tuesday, Sept. 7, 2021. File photo by The Canadian Press/Frank Gunn
Previous story
Next story

Trudeau's six-day trip — the first since September's election returned him with a second minority government — starts with an official visit to the Netherlands for meetings with Dutch Prime Minister Mark Rutte.

Canadian officials said Trudeau will also address Dutch parliamentarians, almost three years to the day that Rutte delivered a speech in the Canadian House of Commons.

His Netherlands day-trip will include a visit to the Bergen op-Zoom Canadian War Cemetery, and meetings with Dutch clean technology and environmental innovators.

From Holland, Trudeau will go to Rome for the G20 leaders' summit, which is the first in-person encounter for leaders of the world's biggest economies since before the pandemic.

The 2020 G20 summit was to be in Saudi Arabia but moved entirely virtual amid the worst global health crisis in a century.

COVID-19 recovery and vaccine equity will be high on the agenda, as the world's wealthiest nations including Canada will be pushed to do more to help vaccinate the rest of the world.

Climate change will also be a focus at the G20 which comes just before the United Nations COP26 climate talks kick off in Scotland.

Trudeau will fly to Glasgow for the first two days of those negotiations before returning to Canada. It is Trudeau's second COP meeting as prime minister. His first was in 2015, when the world agreed to the Paris accord setting a goal to keeping global warming well below 2 C.

This year's COP meetings are seen by some as the last chance to bring into line the plans to achieve the Paris accord.