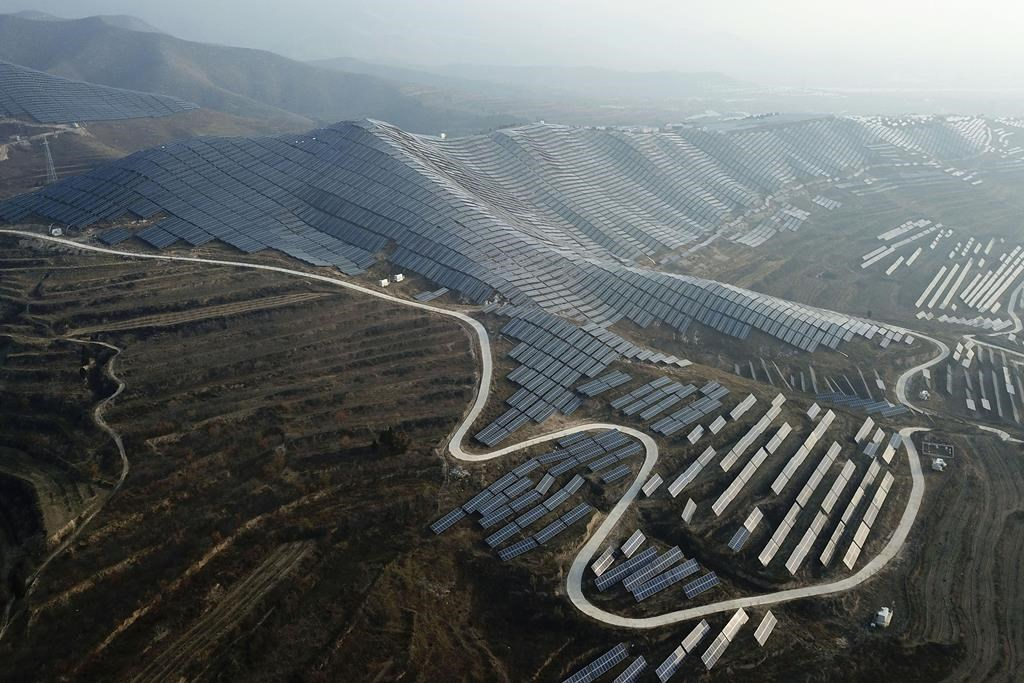 With pledges for a United Nations climate conference, the world may be ever so slightly receding from gloomy scenarios of future global warming, according to two new preliminary scientific analyses Thursday.

The two reports — one by the International Energy Agency and the other by Australian scientists — focused on optimistic scenarios. If all goes right, they said, recent actions will trim two-or three-tenths of a degree Celsius (0.3 to 0.5 degrees Fahrenheit) from projections made in mid-October.

The U.N. planned an announcement for Friday afternoon at climate negotiations about how much “actions announced so far at Glasgow helped to bend the curve.”

“We are now in a slightly more positive outlook for the future,” said University of Melbourne climate scientist Malte Meinshausen, whose flash analysis, not peer-reviewed, sees warming at 1.9 degrees, mostly because of late long-term pledges by India and China.

“It’s still a long way away from 1.5 degrees. We know that some of the ecosystems are going to suffer and we’re going to notice, for example, the coral reefs and the Great Barrier Reef here in Australia (die) with these temperature levels,” Meinshausen said in an interview. “It is just scraping below two degrees. So therefore there’s a lot more to be done.”

The energy agency analysis factored in India’s announcement of short-term carbon dioxide emission curbs and a net-zero pledge by 2070 on Monday, as well as pledges by more than 100 countries Tuesday to reduce the powerful greenhouse gas methane. The intergovernmental agency said it was the first time projections fell below 2 degrees Celsius — a long-standing threshold for tipping points that some scientists say could bring even more dangerous and potentially uncontrolled warming.

“If all these pledges were to be implemented, the temperature increase could be limited to 1.8 degrees Celsius. I think this is a very, well-celebrated achievement,” agency chief Fatih Birol told leaders at climate negotiations in Glasgow called COP26. “Congratulations.”

New @IEA analysis shows that fully achieving all net zero pledges to date & the Global Methane Pledge by those who signed it would limit global warming to 1.8 C

A big step forward, but much more needed!

Potsdam Institute for Climate Impact Research Director Johan Rockstrom, who wasn't part of either research, said small differences at this temperature level are important: "Every tenth of a degree matters because it gets worse and worse.”

Both teams emphasize that their projections are based on the most optimistic scenarios possible, using nations’ mid-century — or in India’s case 2070 — pledges of net zero emissions that are far from codified in plans or actions.

Scenarios that look at just short-term pledges, not net-zero ones, put warming at 2.7 degrees Celsius (4.9 degrees Fahrenheit). So some outsider experts say the new projections should be viewed with caution.

“This optimistic view must be complemented with the short-term view, which is pointing in the opposite direction,” said New Climate Institute scientist Niklas Hohne, who tracks emission pledges for Climate Action Tracker, which will have its own estimates in a few days.

Mohamed Adow, director of Nairobi-based think tank Power Shift Africa and a veteran climate talks observer, said it’s too early to put too much faith in Glasgow pledges: “These announcements may generate headlines but assessing their true worth is hugely difficult, especially at speed during a COP meeting.”