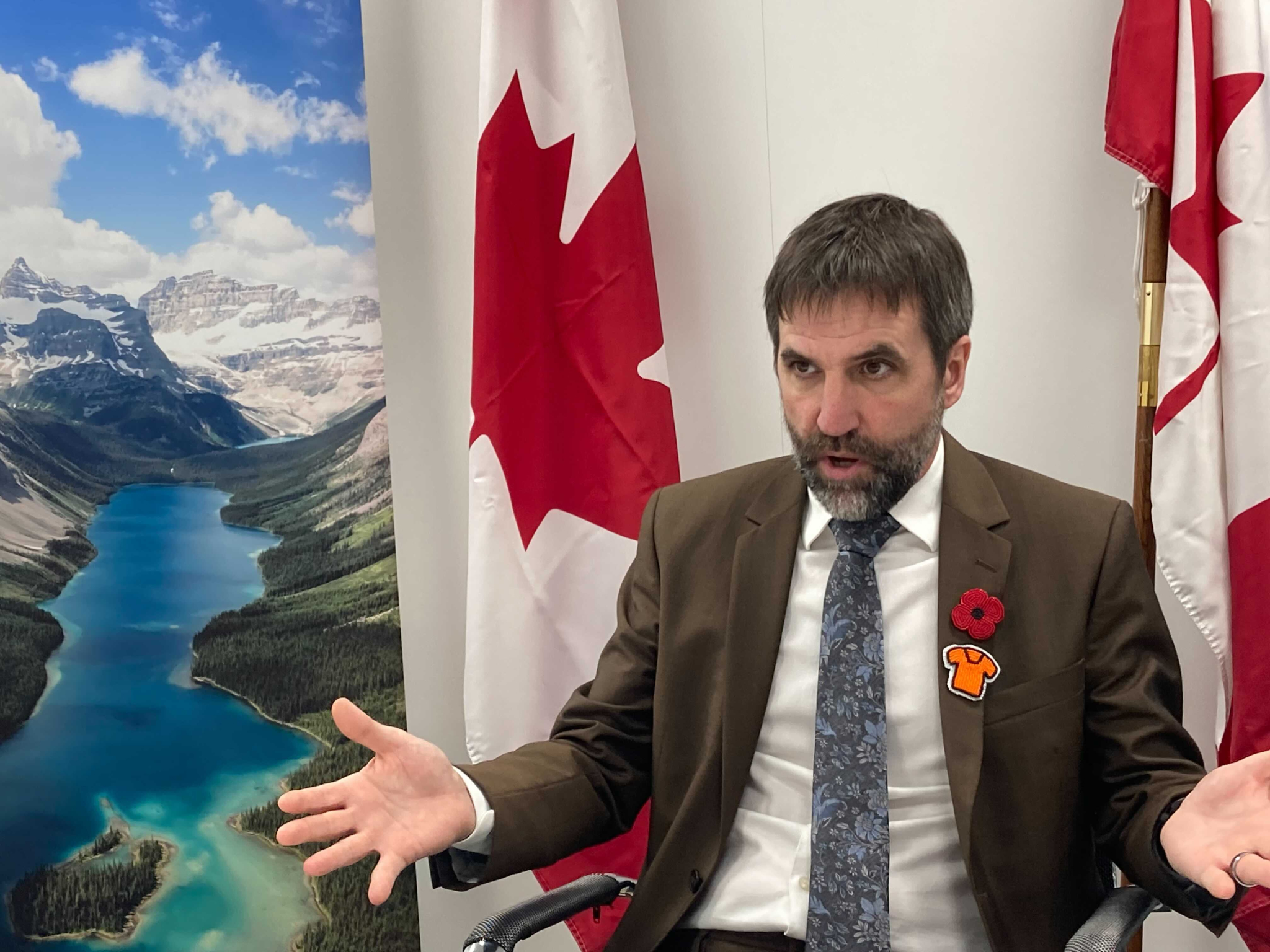 An early draft of what may be included in the final agreement to come out of the ongoing United Nations climate summit surfaced Wednesday morning, including for the first time an acknowledgment of fossil fuels, stronger language on the Paris Agreement target of holding global warming to 1.5 C, and calls for more climate financing to be delivered to developing countries.

The draft offers a ballpark for where negotiations at COP26 might land. Every expert and insider Canada’s National Observer spoke with stressed that with less than 72 hours to go, there is still plenty of opportunity for the Glasgow Agreement text to be weakened or improved.

In an interview Tuesday afternoon, Environment and Climate Change Minister Steven Guilbeault said that as someone who has participated in 19 UN climate conferences over the years, he wouldn’t want to prejudge any outcome given how quickly agreements can come together.

“In Kyoto, everything came together in the Friday evening to Saturday morning. The cement really took over those 12 to 13 hours,” Guilbeault said.

Guilbeault said he was optimistic a good agreement will be reached, and emphasized that from the first COP in Berlin to the 26th UN conference in Glasgow, the world has made progress.

“I think this is working, but we need to do more because, obviously, the atmosphere isn't seeing it yet,” he said.

Guilbeault’s office did not return a request for comment for specific reaction to the draft text.

“It shows that enough of the countries who haven't really pulled their weight here feel vulnerable, so the public pressure, the denunciations, are helpful.”

"This COP is supposed to be the COP that pulls countries out of their complacency and asks them to do a whole lot more to hold to that 1.5 limit," says @catabreu_. #COP26 #cdnpoli #COP26xCNO

The Glasgow draft text includes stronger language on holding global warming to 1.5 C, essentially elevating the target’s significance. For context, the Paris Agreement’s target is no more than 2 C warming, and as close to 1.5 C as possible.

“The vulnerability of governments, and the multilateral system, to the condemnation they're not taking 1.5 sufficiently seriously has a real impact,” May said.

“That's why the text moved, but it can move more, and that's where I'd really like to see Canada do more.”

Founder of climate advocacy group Destination Zero and member of Canada’s net-zero advisory body Catherine Abreu said the 1.5 C target has evolved over the past decade. Its inclusion in the Paris Agreement was “a big win” led by the countries most vulnerable to climate change, she said, and since 2015, there has been increased effort to define the difference between 1.5 C and 2 C of global warming.

The significance of every 10th of a degree was best captured in the Intergovernmental Panel on Climate Change’s special report on 1.5 C published in 2018. The report essentially found life on Earth gets increasingly difficult the hotter it gets. Put bluntly, 2 C warming is “a death sentence” for island nations, as Barbados Prime Minister Mia Mottley put it at the start of COP26.

“That special report gave us a really acute glimpse into how much every 0.1 degree of warming matters to the global climate, and so over the past six years since the signing of the Paris Agreement, 1.5 has transitioned from being the thing we're striving for to our headline goal for these climate talks,” Abreu said.

“So it's really critical that it gets enshrined in the COP26 text because this is the ambition COP, this COP is supposed to be the COP that pulls countries out of their complacency and asks them to do a whole lot more to hold to that 1.5 limit.”

Holding global warming to 1.5 C has many components, but two of the biggest priorities are reducing global fossil fuel use because of its role in driving climate breakdown, and scaling up international climate financing that developing countries were first promised in 2009 and are counting on to pull off a transition to a clean economy. That promise involved a target of US$100 billion annually by 2020 from rich countries, but it has been missed and isn’t expected to be reached until 2023 at the earliest.

This creates a bottleneck for increasing climate ambition, and is one of the biggest barriers to getting some heavy-emitting countries on board with more ambitious emission reduction targets. India, for example, wants $1 trillion on the table by 2030 for developing countries before it will commit to more ambitious targets.

Abreu is calling for a “solidarity package” — essentially, climate finance that does more than mitigate emissions, but also helps countries adapt to a changing climate and compensates them for damages.

“I call it a solidarity package because a lot of this is a trust-building expectation,” she said.

Climate negotiations are “a very sophisticated system that is held together by these carefully maintained relationships and agreements, and one of those agreements that led to the existence of the Paris Agreement was the promise of $100 billion in climate finance,” she said.

“Developed countries have totally let the developing world down on that promise,” she said.

“The text needs to be much stronger on finance and adaptation and needs to include real numbers in the hundreds of billions with a delivery plan for richer countries to support less-developed nations,” she said.

“And we need to see a deal that commits countries to coming back every year with new and better plans until together they get us over the bar, and we can stay below 1.5 C of warming.”

Fossil fuel subsidies no longer flying under the radar

The other notable element of the Glasgow draft text is that it references fossil fuels for the first time, and calls for fossil fuel subsidies to be phased out faster.

"In COP after COP, fossil fuels have been invisible,” Tzeporah Berman said during a press conference Wednesday.

"And today we're still spending the majority of our intellectual, our financial and our political capital to dig up stuff we know we can't burn or it will burn us."

Abreu called it significant to include references to fossil fuels and fossil fuel subsidies but said it doesn’t go far enough.

“We need a timeline that the global community is held to for phasing out these (fossil fuel) subsidies, and we need to talk about equity,” she said.

“We need to have a conversation about the fact those countries responsible for climate change, that have been producing fossil fuels for a whole lot longer and who have greater capacity to transition, need to do it first.”

“So the question is, do they also have the capacity to fight for improved language on fossil fuel phaseout while trying to bring better balance to the overall package?”

At UN climate summit, all eyes turn to nailing down Article 6