Success of COP26 hinges on scale-up of climate financing 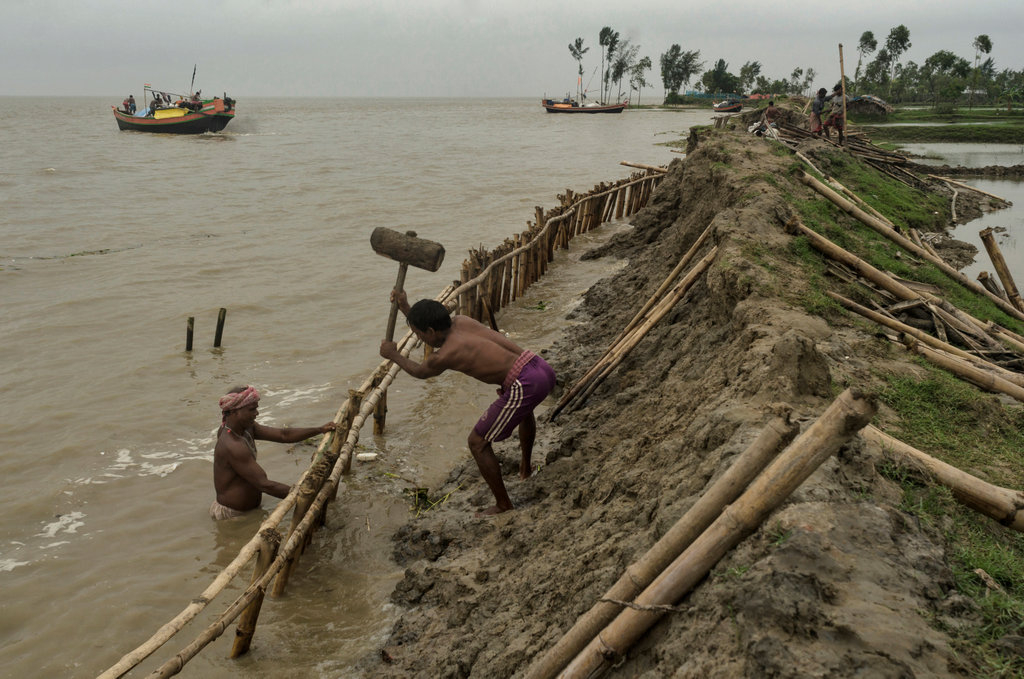 Scaling up international climate financing is critical to the success of COP26 — and Canada is playing a key role. Photo by Debsuddha Banerjee / Climate Visuals Countdown
Previous story
Next story

Climate Minister Jonathan Wilkinson doesn’t know if he’ll continue to serve in the role just yet, but with COP26 in arm’s reach, his portfolio may be the most significant of any cabinet member.

Speaking with reporters Friday from a pre-COP meeting in Milan, Wilkinson said Canada’s focus in the lead-up to COP26 is closing the gap on the US$100 billion worth of climate financing per year rich countries promised developing ones over a decade ago at COP15.

Ratcheting up financing to meet that target is widely recognized as essential to the success of the Paris Agreement, but in recent years, momentum has slowed.

The latest Organization for Economic Co-operation and Development (OECD) report pegged the total amount of climate financing provided to developing countries at US$79.6 billion in 2019. The amount only grew two per cent from the previous year, and the aim was to hit US$100 billion by 2020. Due to reporting lags, the 2020 figure is not expected to be known until next year.

“The $100-billion number is one of the linchpins of the Paris Agreement,” Wilkinson said.

“That's exactly why the United Kingdom has asked Germany and Canada to work with the donor community to scale up the financing, so that we actually are moving to, and beyond, $100 billion as we move to 2025,” he said.

Wilkinson said he expects to publish an “action plan” the week of Oct. 18 that details countries’ commitments.

India has been a leading voice calling for developed countries to boost their financial commitments to reach the promised amount.

U.S. President Joe Biden recently told the UN General Assembly he would look for Congress to approve doubling climate finance to US$11 billion per year by 2024 to help meet this commitment. Similarly, the European Union recently announced it would add 4 billion euros from 2021 to 2027 to the financial support it offers developing countries. The EU already commits US$25 billion annually, Reuters reports.

Scaling up international climate financing is critical to the success of COP26, and Canada has been tasked with playing a key role. #cdnpoli #cop26 #ClimateJustice

“​​It is not an overstatement to say the failure or success of COP26 depends on rich countries' ability to close the $100-billion gap, because it is an issue of trust,” said Eddy Pérez, international climate diplomacy manager with Climate Action Network Canada.

In particular, increasing financing for adaptation, as opposed to mitigation, will be critical. Mitigation refers to efforts to lower greenhouse gas emissions, while adaptation refers to building the type of society that can withstand the climate breakdown that is already locked in.

“Thirty per cent of Canada's climate finance has gone to adaptation, while the rest goes to mitigation, and that is the same thing all over the world,” Pérez said.

“Mitigation finance focuses a lot on private sector mobilization … (but) in some countries, particularly the most vulnerable, they need — first and foremost — financing for adaptation,” he said.

Wilkinson said Canada’s focus is on scaling up government money that can be deployed through multilateral development banks or bilateral agreements between countries but added that won’t be enough.

“The opportunity is to use public sector money to catalyze some of the work that needs to be done in the private sector,” Wilkinson said. “If you listen to the developing community, what we need over the coming years is not $100 billion, it's trillions of dollars to be spent on mitigation and adaptation.”

While the work may be done separately, the pieces are likely to be stitched together tightly at the end of the day, because private financing priorities at COP26 are expected to be setting up an international framework for moving massive amounts of money, essentially by making investors feel comfortable they will see worthwhile returns.

The strategy’s priorities reference expanding the role of public-private partnerships and say that “blended finance,” referring to public and private investments, has a “vital” role to play.

Taking place since 1995, the United Nations climate change conference — also known as COP, short for Conference of the Parties — brings countries together to negotiate agreements to reduce global warming. This year, COP26 will take place at the Scottish Event Campus in Glasgow, Scotland, from Oct. 31 to Nov. 12.