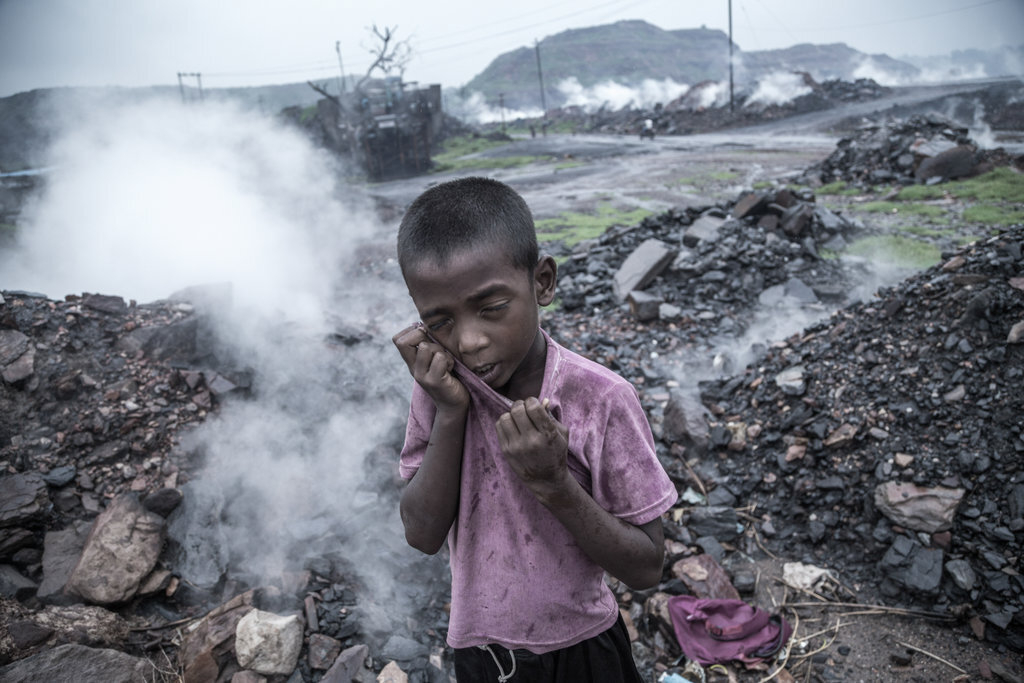 Coal-belching Jharia in Jharkhand is the most polluted city in India. Photo by Supratim Bhattacharjee / Climate Visuals Countdown
Previous story

COP26 is now complete, and the “Glasgow Climate Pact” has been reached. COP, or the Conference of the Parties, is the key international conference addressing climate change.

But with some environmental leaders skipping the climate summit, and others calling it a failure, is COP even worth it?

First, there is the bad COP.

Much has already been written about the struggles of COP26. Corporate sponsors have described the conference as “mismanaged.” BIPOC (Black, Indigenous, people of colour) and developing countries have struggled to attend what is an expensive and distant event. COVID-19 presented major logistical and safety challenges, limiting access to negotiations and delegates.

COP is a technocratic event, and the human cause of climate change and human suffering that will result can get lost in the minutia of negotiations. Graphs and charts don’t capture the agony of Lytton, B.C., burning down, or the fishers whose catch is going extinct.

There was an overwhelming amount of white noise at COP. Much of it came from the NGOs and corporations that were there. The Canadian Nuclear Association was at the event, so was the Canadian Association of Petroleum Producers. In fact, the fossil fuel delegation was the largest at COP.

This white noise distracted from the good work that was being done, and the solutions that exist.

After the end of the first week, world leaders had made their appearances, made some commitments, patted themselves on the back, and left.

Yes, the Glasgow Climate Pact is a step forward, but it is a timid one. It is an agreement full of compromise, but with more droughts, floods and fires, the climate will not compromise with us.

Coal-based energy and fossil fuel subsidies are singled out in the pact, but they are surrounded by weasel words that water down any impact. The outlines of an international carbon market have taken shape, but there are concerns that significant loopholes exist.

Opinion: #COP26 brought together progressive groups from around the world to share their struggles, solutions, and successes, and was an immeasurable benefit to what is a borderless crisis, writes Owen Leggatt Stewart @SierraClubCan. #CDNpoli

The promises made at COP26 are not what science demands. We are still hurtling towards a cliff.

An emissions cap is not a production cap. It allows for the continued growth of fossil fuel production in Canada. Climate leadership would cap this production.

Canada’s commitment to halt deforestation will not protect Canadian forests and their essential function as a carbon sink. Not all logging is deforestation, which applies to when a forest is converted into a different landscape. Old-growth and clear-cut logging will continue.

Stopping subsidies for foreign oil projects is hardly climate leadership when Canadian taxpayers own a pipeline. The federal government continues to build the Trans Mountain expansion project despite scientific consensus saying the pipeline must not be built.

Milquetoast solutions paraded as leadership by countries causing climate change give COP a bad name. It is this political grandstanding that is the epitome of “bad COP.”

Bringing together progressive groups from around the world to share their struggles, solutions, and successes is an immeasurable benefit to what is a borderless crisis.

And COP26 does present solutions, many of them Indigenous-led. You just need to find them amongst the white noise.

The natural world is an immense carbon sponge and an ally in the fight. The protection and restoration of biodiversity and nature is a key place to start. Solutions are being proposed from around the world, and at home in Canada.

Speaking with delegates, there was an urgency to this conference. Negotiations that initially moved at 10 km/h accelerated to 100 km/h. Solutions that would never be considered are now being proposed.

COP is a flashpoint event. For at least two weeks, everyone was green. Even Saudi Arabia pretends to be. Canada pretends to be, too. There is value in that.

Short of an environmental catastrophe, nothing focuses attention on the climate like COP. There is no bigger environmental conference in the world. Environmentalists, governments and corporations know it.

COP26 is a catalyst for change. Over 100,000 people marched in the streets of Glasgow on Nov. 6. Hundreds of thousands more marched around the world. Scientists are taking to the streets abroad and in Canada to highlight the danger we face.

These marches work. They are essential public pressure, and COP is the right conference to wrap them around. The climate wouldn’t be a political issue without it. It is a perennial election issue now.

COP26 won’t save the world. It won’t solve the climate crisis either. But that doesn't mean it isn't a powerful tool for change. If you look hard enough, you can still find hope.

"An emissions cap is not a

"An emissions cap is not a production cap."

That's true if only flaring and methane leaks during extraction are counted. If the whole mess of emissions is properly counted, down to when the ultmate user burns the stuff, it would necessarily amount to a production cap, and as emissions caps were improved over time, as seems contemplated, so would production caps follow.

Or am I missing something?

That would be ideal, but

That would be ideal, but unfortunately the fossil fuel industry and their government lackeys are trying to convince us that we can expand production while capturing and storing the CO2 emissions...as if :(