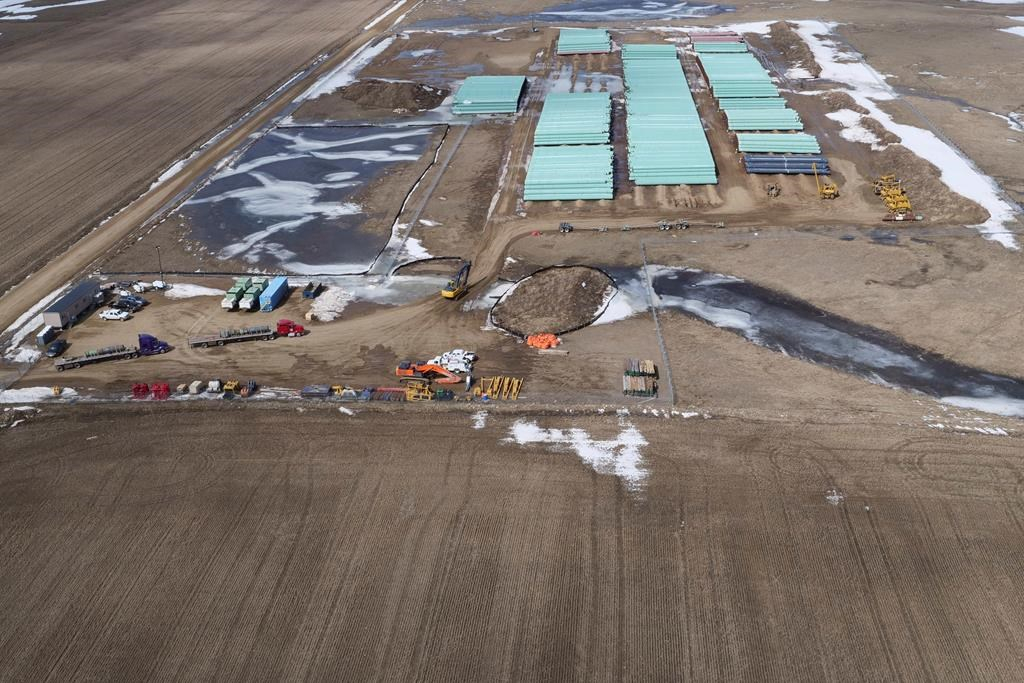 In this April 13, 2020 photo provided by TC Energy, a pipe storage yard with material for construction of the Keystone XL oil pipeline is seen at a staging area along the U.S.-Canada border north of Glasgow, Mont. Photo via The Canadian Press
Previous story

WASHINGTON — Pipeline giant TC Energy is formally seeking compensation from the U.S. government for the cancellation of the cross-border Keystone XL expansion project.

The Calgary-based company has officially filed a request for arbitration in its bid for "economic damages" resulting from President Joe Biden's decision to cancel the project.

Cancelling the presidential permit issued by predecessor Donald Trump was one of Biden's first decisions when he took office in January.

In the process, Keystone XL became an enduring symbol for environmental activists determined to prevent what they considered a dangerous and damaging expansion of Alberta's oilsands.

The company officially abandoned all hope for the expansion in June and shortly afterward filed notice of its intent to seek compensation under the now-defunct North American Free Trade Agreement.

Its replacement, the U.S.-Canada-Mexico Agreement, allows companies to file legacy claims for lost investment under the terms of the previous deal.

"As a public company, TC Energy has a responsibility to our shareholders to seek recovery of the losses incurred due to the permit revocation, which resulted in the termination of the project," the company said in a statement.

Officials at the U.S. State Department and the office of U.S. Trade Representative Katherine Tai did not immediately respond to media requests on Tuesday.

The Calgary-based company has officially filed a request for arbitration in its bid for "economic damages" resulting from U.S. President Joe Biden's decision to cancel the project. #KeystoneXL #TCEnergy #Pipeline

Once the suits for damages

Once the suits for damages get rolling, the oil companies will be no more than a smudge of red ink. It is fun to see them fire the first shot.

It is interesting to see a

It is interesting to see a Canadian firm trying to make the Investor protection clauses from the former N. American Trade agreement work for them Most often it has been US firms holding the Canadian Government hostage. Good luck to TC Energy. I dumped their stock a while ago.