Food prices expected to surge to record highs next year 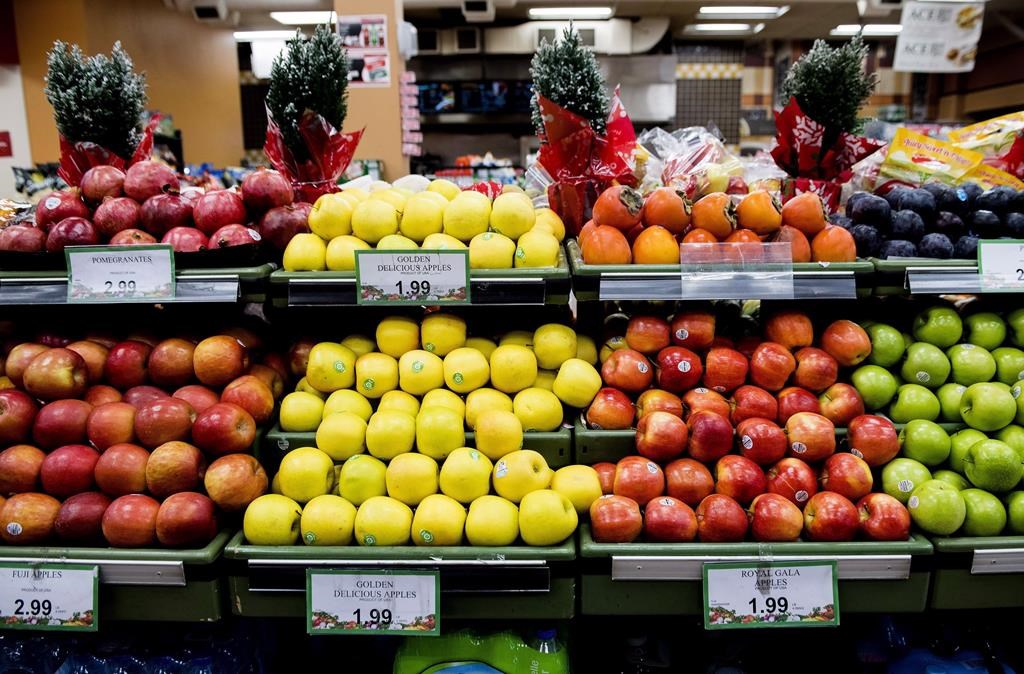 Produce is shown in a grocery store in Toronto on Friday, Nov. 30, 2018. File photo by The Canadian Press/Nathan Denette
Previous story
Next story

The 12th edition of Canada's Food Price Report released Thursday predicts the average Canadian family of four will pay an extra $966 for food in 2022, for a total annual grocery bill of $14,767.

That's a seven per cent increase compared with 2021 — the biggest jump ever predicted by the annual food price report.

"Prices have been increasing since 2010 and the pandemic accelerated that trend."

The situation could leave organizations like food banks struggling with mounting costs while demand for their services increases, according to the report.

"What is being challenged right now is food affordability," Charlebois said. "It's not going to be easy for families or anyone already struggling to put food on the table."

A growing phenomenon related to rising food insecurity is theft from grocery stores, the report said.

"Grocers are anecdotally reporting an uptick in theft, particularly of items such as meat, cheese, over-the-counter medication and energy drinks," the report said.

Overall, food prices in Canada will increase five to seven per cent next year, the report said.

But some grocery categories will see even larger jumps in 2022.

Dairy prices are anticipated to increase six to eight per cent, a forecast that comes after the Canadian Dairy Commission recommended an 8.4 per cent increase in farm gate milk prices to offset rising production costs.

Restaurant menu prices are also going up six to eight per cent as the food service sector grapples with widespread labour market challenges and rising commercial rents, the report said.

The shortage of workers, especially back-of-house restaurant staff, is expected to drive up wages and costs and lead to higher prices, the report said.

Bakery and vegetables will both increase five to seven per cent while fruit prices will rise three to five per cent.

The smallest price increases will be in the meat and seafood aisles, with a zero to two per cent increase predicted in both categories.

On top of rising food prices, the report said consumers are likely still noticing some empty shelves in grocery stores — an issue that will persist in the new year.

​Meanwhile, climate change and adverse weather events that caused price increases in 2021 are expected to continue in the new year.

Severe wildfires in British Columbia and drought conditions in the Prairies impacted bakery and meat prices this year, for example, and may continue to influence food prices in 2022.

Smaller harvests and poor crop yields will continue to raise the price of bakery items, according to the report.

"We can anticipate the ongoing effect of the continuing climate crisis and adverse weather effects on food prices," the report said. "Wildfires, record-breaking heat and drought, floods and cold fronts are becoming increasingly commonplace and affecting food prices year after year."

Several provinces are expected to see higher than average food inflation rates in 2022, including Alberta, B.C., Newfoundland and Labrador, Ontario and Saskatchewan, the report said.