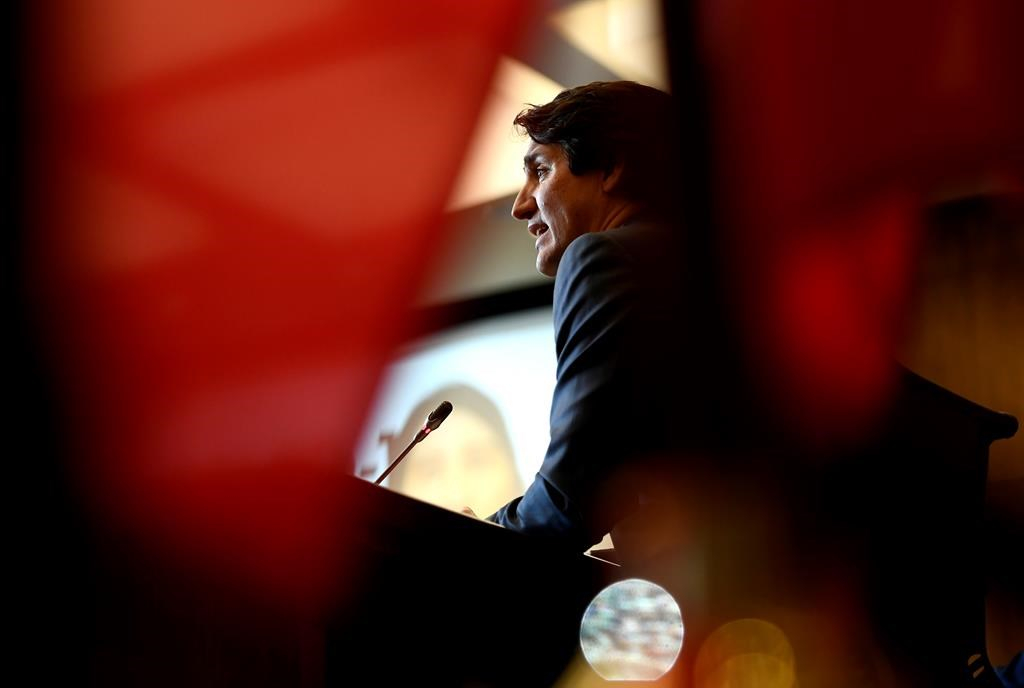 Health experts and government critics are calling on the prime minister and premiers to fix cracks in Canada's health system and improve surge capacity as the COVID-19 pandemic continues.

A readout issued by the Prime Minister's Office late Monday noted the premiers "raised the need to strengthen health care systems" and that they noted "the particular challenges with health human resources capacity," but it didn't say anything about calls by some in the group for more money.

Ontario Premier Doug Ford had been planning to raise the provinces' plea for more federal health-care funds with the prime minister.

"First Ministers discussed the COVID-19 Omicron variant of concern, noting that its high transmissibility makes it different from previous variants," the statement from the PMO said.

"They expressed concern over the strain on health care systems, businesses, workers, and families across the country, and discussed ways to continue working together to keep Canadians safe."

It said that Trudeau reiterated to the premiers that the federal government will "continue to provide the tools provinces and territories need to respond to the spread of COVID-19, including vaccines, rapid tests, and therapeutics."

Conservative ethics critic John Brassard said Canadians have been dealing with lockdowns and restrictions for two years while very little was done to address surge capacity in hospitals.

"This is a failure to plan on the part of the federal government, working with the provinces, to ensure that our surge capacity and our health care capacity is at a pace right now where we can keep up," Brassard said earlier Monday at a news conference in Ottawa.

Provincial and territorial leaders want to increase the federal share of annual health spending from 22 per cent to 35 per cent, to about $71 billion.

The federal government has committed to a 4.8 per cent increase, bringing the total for 2022-23 to about $45 billion.

"This persistent gap represents billions of dollars in lost funding that Ontario could use to accelerate progress in delivering better care to our citizens," said Ivana Yelich, Ford's director of media relations, in a statement Monday.

Federal Health Minister Jean-Yves Duclos says Ottawa spent another $63 billion on health care since the pandemic started to help shore up provincial systems, and has promised another $25 billion in the relatively short term.

Trudeau has said repeatedly that negotiations to adjust health transfers will take place after the pandemic. Several health-care experts argue those conversations should happen now.

HealthCareCAN, an association of health-care organizations and Canadian hospitals, has urged the federal government to go beyond funding and lead provinces to make strategic changes to develop a more cohesive and resilient health system.

"There’s always a temptation, in formulating public policy, to wait until a situation has moved beyond crisis management to make systemic changes; or, in health-care terms, until the patient stabilizes before a comprehensive examination of the symptoms and well-informed diagnosis can be reached," HealthCareCAN CEO Paul-Émile Cloutier wrote in an opinion piece for Policy Magazine last week.

"Our political leaders have not just an interest but an obligation to devise an effective intervention to stabilize the system so that it doesn’t become the biggest, costliest casualty of this pandemic."

While the association says "sufficient" health transfers are urgently needed, Cloutier also called for a national dialogue about fundamental health-care reform, including data collection and shortages in the health workforce.

It will be a difficult conversation and any progress will require provincial buy-in, said Raisa Berlin Deber, health policy professor at the University of Toronto. Even getting governments to agree on what constitutes health care in the first place can be a hurdle.

"One of the things that becomes a little bit problematic in our system is that all the Canada Health Act requires be publicly paid for is care by physicians or in hospitals," said Deber in an interview.

"It's a much more nuanced thing about what care do people need and do they get it, and how much does it cost?"

Canada spent about 11 per cent of its GDP on health care in 2019, according to the Organization for Economic Co-operation and Development.

That's a greater share spent on health than most OECD countries, but Canada settles for only middle-of-the-road health outcomes in return, said Don Drummond, Stauffer-Dunning Fellow and adjunct professor with the School of Policy Studies at Queen's University.

Meanwhile, Canada has the fourth-fewest number of acute-care beds per 1,000 inhabitants in the OECD, after only Chile, Sweden and Colombia.

Long wait times, staff shortages, inefficiencies and inequitable access have plagued the system for a long time and will only get worse as Canada's large baby boomer population ages, Drummond said.

"It is stretched beyond any reasonable means by COVID, but I would say it never worked very well," he said in an interview with The Canadian Press.

"Everything needs to be changed."

The prime minister and his government are in a tricky situation because they do not have the constitutional authority to lead the systemic change so many critics and experts say is needed, he said, adding that governments also cannot keep throwing money at the problem.

This report by The Canadian Press was first published Jan 10, 2022.