Race to stop flood of microplastic fibres into the oceans 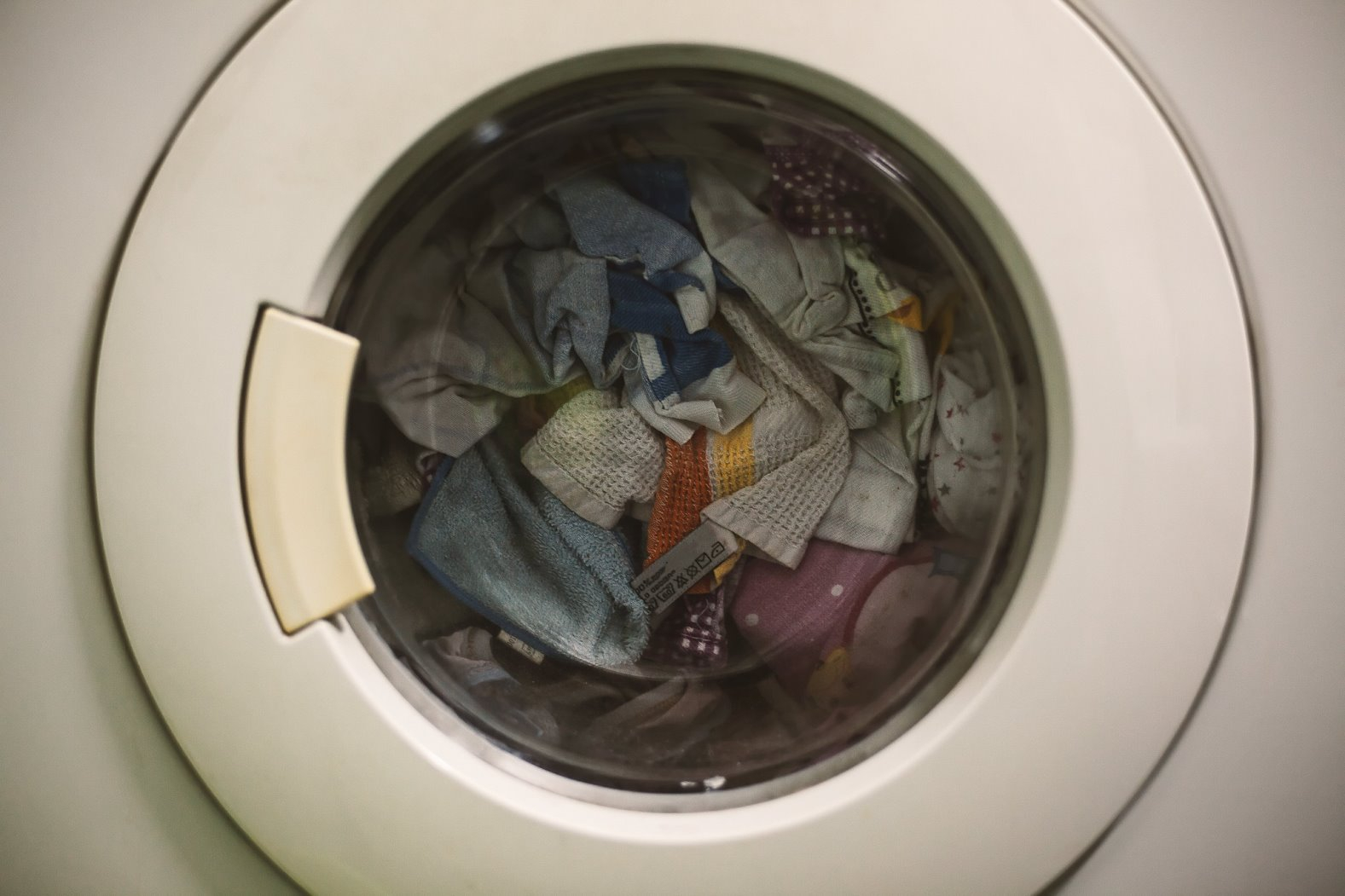 Fibres from synthetic fabrics, such as acrylic and polyester, are shed in huge numbers during washing, about 700,000 per wash cycle. Photo by Dejan Krsmanovic / Flickr (CC BY 2.0)
Previous story

From filters to bags to balls, the number of products aimed at stopping the torrent of microplastic fibres being flushed out of washing machines and into rivers and oceans is increasing rapidly.

Grundig recently became the first appliance manufacturer to integrate a microfibre filter into a washing machine, while a British company has developed a system that does away with disposable fibre-trapping filters.

Entrepreneurs are also tackling the problem at source by developing biodegradable fabrics from kelp and orange peel, and tweaking a self-healing protein originally discovered in squid tentacles.

Microplastic pollution has pervaded the entire planet, from the summit of Mount Everest to the deepest oceans. People are known to consume the tiny particles via food and water, as well as breathing them in. Microplastics have been shown to harm wildlife but the impact on people is not known, though microplastics do damage human cells in the laboratory.

Fibres from synthetic fabrics, such as acrylic and polyester, are shed in huge numbers during washing, about 700,000 per wash cycle, with the “delicates” wash cycle actually being worse than standard cycles. An estimated 68 million loads of washing are done every week in the U.K.

New data from 36 sites collected during The Ocean Race Europe found that 86 per cent of the microplastics in the seawater samples were fibres. “Our data clearly show that microplastics are pervasive in the ocean and that, surprisingly, the major component is microfibres,” said Aaron Beck at the Geomar Helmholtz Centre for Ocean Research in Kiel, Germany.

Grundig, which launched its fibre-catching washing machine in November, said the system caught up to 90 per cent of synthetic fibres released during wash cycles. The filter cartridges are made from recycled plastic and last for up to six months, after which they can be returned free of charge.

A system that can be retrofitted to existing washing machines and does not need replacement cartridges has been created by the British company Matter, and was recently awarded £150,000 from the British Design Fund. The device, called Gulp, is connected between the outflow pipe and the drain and traps the fibres in a container that is emptied every 20 washes.

From filters to bags to balls, the number of products aimed at stopping the torrent of microplastic fibres being flushed out of washing machines and into rivers and oceans is increasing rapidly. #microplastic #microfibres #PlasticPollution

The company’s founder, Adam Root, a former Dyson engineer and keen scuba diver, said the idea had started with a £250 grant from the Prince’s Trust. “I used it to take apart a washing machine and that’s when I had my ‘eureka’ moment.”

In the U.K., Alberto Costa and other MPs are campaigning for a new regulation requiring all new washing machines to be fitted with plastic microfibre filters from 2025, backed by the Women’s Institute and others. France has introduced the requirement for filters to be fitted from 2025. The European Union, Australia and California are considering similar rules.

There are already a range of microfibre-catching devices on the market, but they have produced a mixed performance in independent testing. Research from the University of Plymouth in the U.K. examined six different products.

One stood out, Xfiltra, which prevented 78 per cent of microfibres from going down the drain. The company is focused on providing the technology to manufacturers to integrate into washing machines. The scientists tested two other devices that can be retrofitted to machines — the Lint LUV-R and Planet Care filter systems — but these trapped only 25 per cent and 29 per cent of fibres respectively.

The three other products tested were used in the washing machine drum. The Guppyfriend washing bag, into which clothes are placed, collected 54 per cent of microfibres, while a prototype washing bag from Fourth Element trapped only 21 per cent of fibres. The last product tested was a single Cora ball, the stalks of which ensnared 31 per cent of the fibres, though more than one ball could be used.

An earlier report from the Swedish Environmental Protection Agency found significantly better performances from the Planet Care and Guppyfriend products, although it was not peer-reviewed.

Prof. Richard Thompson, who works at the University of Plymouth and was part of the testing team, cautioned that filters would not solve the problem of plastic microfibres alone. “We have also shown that around 50 per cent of all fibre emission occurs while people are wearing the clothing,” he told The Guardian. “Also, most of the human population don’t have a washing machine.

“As with nearly all the current problems associated with plastic [pollution], the problem is best fixed by more comprehensive consideration at the design stage,” he said. “We need to design these in order to minimize the rate of emission, which should also make the clothing last longer and hence be more sustainable.”

A dozen groups working on better fabrics were recently shortlisted as finalists in a $650,000 microfibre innovation challenge being run by Conservation X Labs. AlgiKnit is creating biodegradable yarns from kelp, a type of seaweed, while Orange Fiber in southern Italy is making fabrics from the byproducts of citrus juice production.

Another finalist, Squitex, has developed a protein originally found in the tentacles of squid. The company says it is the world’s fastest self-healing material and can be made into fibres for textiles and coatings that reduce microfibre shedding.

Other finalists are taking a different approach. Nanoloom is creating non-shedding fabrics using graphene and another group is using high-powered lasers to treat the surface of fabrics to make fibres less likely to be lost.

Cotton, as a natural material, is biodegradable, but its production often involves the overuse of water and pesticides. The Better Cotton Initiative, which covers more than 20 per cent of global cotton production, recently announced a target of cutting carbon emissions per tonne of cotton by 50 per cent by 2030, compared with 2017. Further additional targets covering pesticide use, soil health, smallholder livelihoods and women’s empowerment are expected by the end of 2022.