Tiny plastic particles are polluting even the 'far corners of Earth' 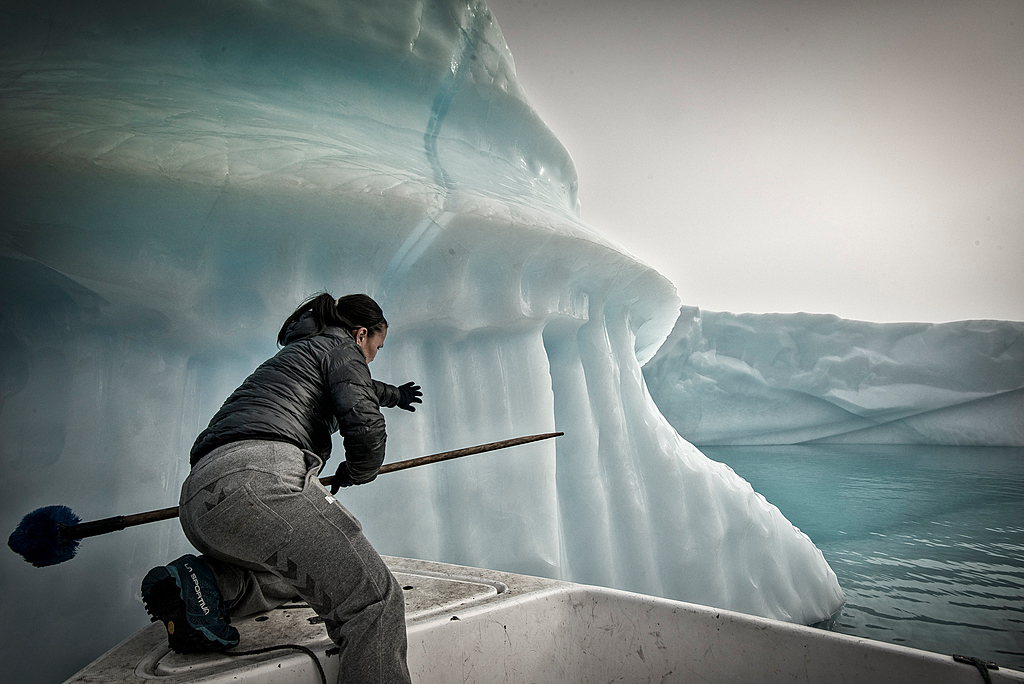 Nanoplastic pollution has been detected in polar regions for the first time, indicating that the tiny particles are now pervasive around the world.

The nanoparticles are smaller and more toxic than microplastics, which have already been found across the globe, but the impact of both on people’s health is unknown.

Analysis of a core from Greenland’s ice cap showed that nanoplastic contamination has been polluting the remote region for at least 50 years. The researchers were also surprised to find that a quarter of the particles were from vehicle tires.

Nanoparticles are very light and are thought to be blown to Greenland on winds from cities in North America and Asia. The nanoplastics found in sea ice in McMurdo Sound in Antarctica are likely to have been transported by ocean currents to the remote continent.

Plastics are part of the cocktail of chemical pollution that pervades the planet, which has passed the safe limit for humanity, scientists reported on Tuesday. Plastic pollution has been found from the summit of Mount Everest to the depths of the oceans. People are known to inadvertently eat and breathe microplastics and another recent study found that the particles cause damage to human cells.

Dušan Materić, at Utrecht University in the Netherlands and who led the new research, said: “We detected nanoplastics in the far corners of Earth, both south and north polar regions. Nanoplastics are very toxicologically active compared to, for instance, microplastics, and that’s why this is very important.”

The Greenland ice core was 14 metres deep, representing layers of snowfall dating back to 1965. “The surprise for me was not that we detected nanoplastics there, but that we detected it all the way down the core,” said Materić. “So although nanoplastics are considered as a novel pollutant, it has actually been there for decades.”

Microplastics had been found in Arctic ice before, but Materić’s team had to develop new detection methods to analyze the much smaller nanoparticles. Previous work had also suggested that dust worn from tires was likely to be a major source of ocean microplastics and the new research provides real-world evidence.

The new study, published in the journal Environmental Research, found 13 nanograms of nanoplastics per millilitre of melted ice in Greenland but four times more in the Antarctic ice. This is probably because the process of forming sea ice concentrates the particles.

In Greenland, half the nanoplastics were polyethylene (PE), used in single-use plastic bags and packaging. A quarter were tire particles and a fifth were polyethylene terephthalate (PET), which is used in drinks bottles and clothing.

Half the nanoplastics in the Antarctic ice were PE as well, but polypropylene was the next most common, used for food containers and pipes. No tire particles were found in Antarctica, which is more distant from populated areas. The researchers took samples only from the centres of the ice cores to avoid contamination, and tested their system with control samples of pure water.

Previous studies have found plastic nanoparticles in rivers in the U.K., seawater from the North Atlantic and lakes in Siberia, and snow in the Austrian alps. “But we assume the hot spots are continents where people live,” said Materić.

The researchers wrote: “Nanoplastics have shown various adverse effects on organisms. Human exposure to nanoplastics can result in cytotoxicity (and) inflammation.”

“The most important thing as a researcher is to accurately measure (the pollution) and then assess the situation,” Materić said. “We are in a very early stage to draw conclusions. But it seems that everywhere we have analyzed, it is a very big problem. How big? We don’t know yet.”

Research is starting to be carried out on the impact of plastic pollution on health and Dr. Fay Couceiro is leading a new microplastics group at the University of Portsmouth, U.K. One of its first projects is with Portsmouth hospitals university NHS trust and will investigate the presence of microplastics in the lungs of patients with chronic obstructive pulmonary disease (COPD) and asthma.

The research will investigate whether recently carpeted or vaccumed rooms, which can have a high number of fibres in the air, trigger the patients’ conditions. “Aside from the environmental damage caused by plastics, there is growing concern about what inhaling and ingesting microplastics is doing to our bodies,” said Couceiro.

Her recent research suggested people may be breathing 2,000 to 7,000 microplastics per day in their homes. Prof. Anoop Jivan Chauhan, a respiratory specialist at Portsmouth hospitals university NHS trust, said: “This data is really quite shocking. Potentially we each inhale or swallow up to 1.8 million microplastics every year and once in the body, it’s hard to imagine they’re not doing irreversible damage.”