Twelve of the 50 bumblebee species in North America are listed as at-risk, some declining by almost 90 per cent in last two decades 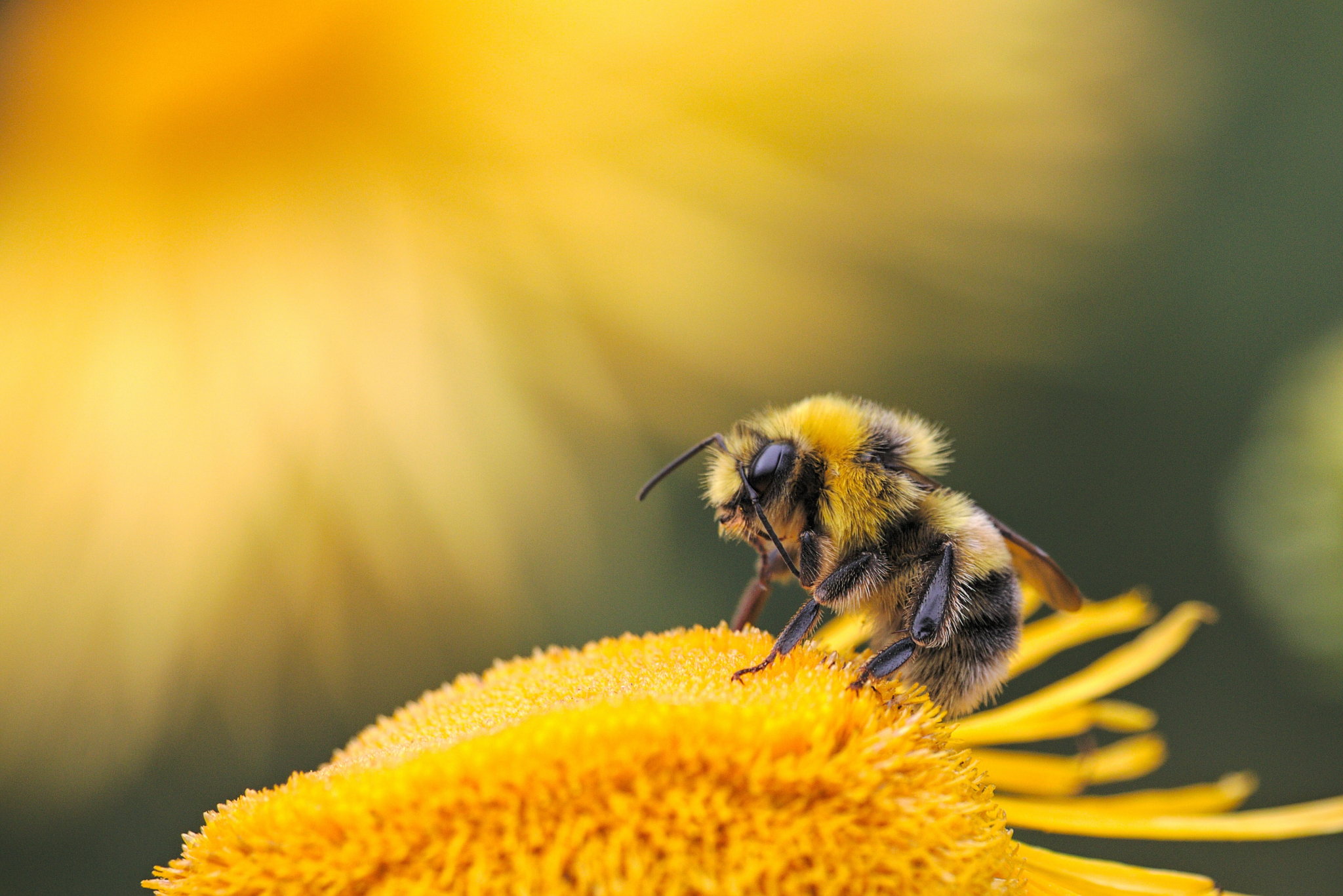 According to the International Union for Conservation of Nature, 12 of the 50 bumblebee species in North America are listed as at-risk. Photo by Dmitry Grigoriev / Unsplash
Previous story

In a time of unprecedented species extinction, when seemingly every day brings news of yet another animal or plant on the precipice of population collapse, one of the creatures society depends on the most is fading with little fanfare: the humble, neighborly bumblebee. According to the International Union for Conservation of Nature, 12 of the 50 bumblebee species in North America are listed as at-risk, some declining by almost 90 per cent in the last two decades.

As an avid honeybee keeper and environmental journalist, I don’t take any bee’s place within the world of pollinators lightly. But whereas there has been much ado about honeybees in recent years, there has been less angst over bumblebees. While their popular counterpart is making a comeback, several bumblebee species are now at risk of extinction. This contrast in fates says a lot about the different environmental pressures facing the two types of bees, but it also reveals a lot about our own, flawed ideas about conservation.

There isn’t a single cause to blame for the decline of these bumblebee species. Like so many other species making the slide to nonexistence, the insects have suffered from an amalgamation of habitat loss and degradation, exposure to pesticides — especially neuro-active insecticides known as neonicotinoids — climate change, and more recently, contagious disease.

Still, it is not too late to save the imperiled pollinators. For proof, one need look no further than the example of honeybees.

When beekeepers began reporting, years ago, that domesticated honeybees were dying off in large numbers — a phenomenon now known as colony collapse disorder — it sparked a massive public awareness campaign. And for good reason. Honeybees serve an essential purpose in our world, and their exploits and challenges are well-known at this point, including providing of one of the most delectable gifts on earth: honey. Even for the casual observer, it’s easy to see what’s at stake in the fight to preserve honeybees. Today, we are constantly on high alert to indicators of their health — their numbers, their care, their ecology. Every time I mention to someone that I am a beekeeper, I am met with such a disarming amount of goodwill it’s sometimes jarring.

But bumblebees don’t get such good word of mouth. That may be because we seemingly need nothing from them — nor them from us, except to be left alone to their fields and flowers.

Except, that’s not quite true.

As an avid honeybee keeper and environmental journalist, I don’t take any bee’s place within the world of pollinators lightly. But whereas there has been much ado about honeybees in recent years, there has been less angst over bumblebees.

Bumblebees provide us with a bounty. They are responsible for doing the majority of pollinating for potatoes, one of the most widely available foods around the globe. The bugs are also important pollinators of raspberries, blueberries, cranberries, tomatoes, eggplants, and peppers. And let’s not forget the household garden, a delight to bumblebees, with their preference for comfrey, lavender, and honeysuckle. The list could go on. The 4,000 species of wild bees remain “understudied, undervalued, and left in the dark,” Jess Tyler, a staff scientist at the Center for Biological Diversity, told me in an email. Yet we depend on them to pollinate wild plants all over the world. (Other unsung pollinators — bats, moths, beetles, and native bees and wasps the world over — are also essential workers to our food systems and ecologies. There would likely be no tequila without the few species of bats that at twilight visit agave plants.)

But in many ways, all the talk of what bees can do for us misses the point. I believe there needs to be space for non-transactional relationships between humans and the natural world — an idea that is at the heart of the Endangered Species Act. We must be willing to protect a species for its sake, for no other reason than to keep as much of the biodiversity within the world as we can muster.

And if we are going to be entirely honest about it, we don’t even know what many creatures of the world can offer us, and that’s okay. We are meddling with the forces of nature when we think animal A needs to provide us thing B; we may be missing a whole alphabet in between.

To that end, it’s imperative that more research and funding are dedicated to understanding what can be done about species declines, especially those driven by disease and pesticide exposure. Already, there are encouraging signs. Recent research shows decreased pesticide use attracts more wild bees, resulting in higher watermelon yields. And the Infrastructure Investment and Jobs Act signed into law by President Joe Biden last November includes funding to be set aside for pollinator roadsides.

However, the most critical step to protecting threatened bumblebee species will be to place them on the Endangered Species List. Last February the Center for Biological Diversity and the Bombus Pollinator Association of Law Students of Albany Law School filed a petition to do just that for the American bumblebee, Bombus pensylvanicus. In September, the U.S. Fish and Wildlife Service announced a year-long assessment of the species’ status. Woefully, however, the Fish and Wildlife Service often falls behind its deadlines to list species; a petition filed in 2015 to list the western bumblebee is still classified as “under review” six years later.

“Whether a species like the American bumblebee or the western bumblebee or the monarch butterfly get protected comes down to the government’s willingness and courage to take bold action to address species extinction,” said Tyler.

If bumblebee populations do continue to dwindle, most assuredly, we will be worse off for it. The honeybee may get all the glory, but the bumblebee deserves our fight.

Every insect and microbe on

Every insect and microbe on earth is endangered by our wanton use of toxic chemicals, bulldozing and paving soils, indiscriminate spraying of an endless litany of pesticides. The world's reviled "pests" support the livable planet. as do other reviled creatures, snakes, bats, etc. Egocenyric humans might as well be blind mole rats.