Elizabeth May puts environmental racism back on the House agenda 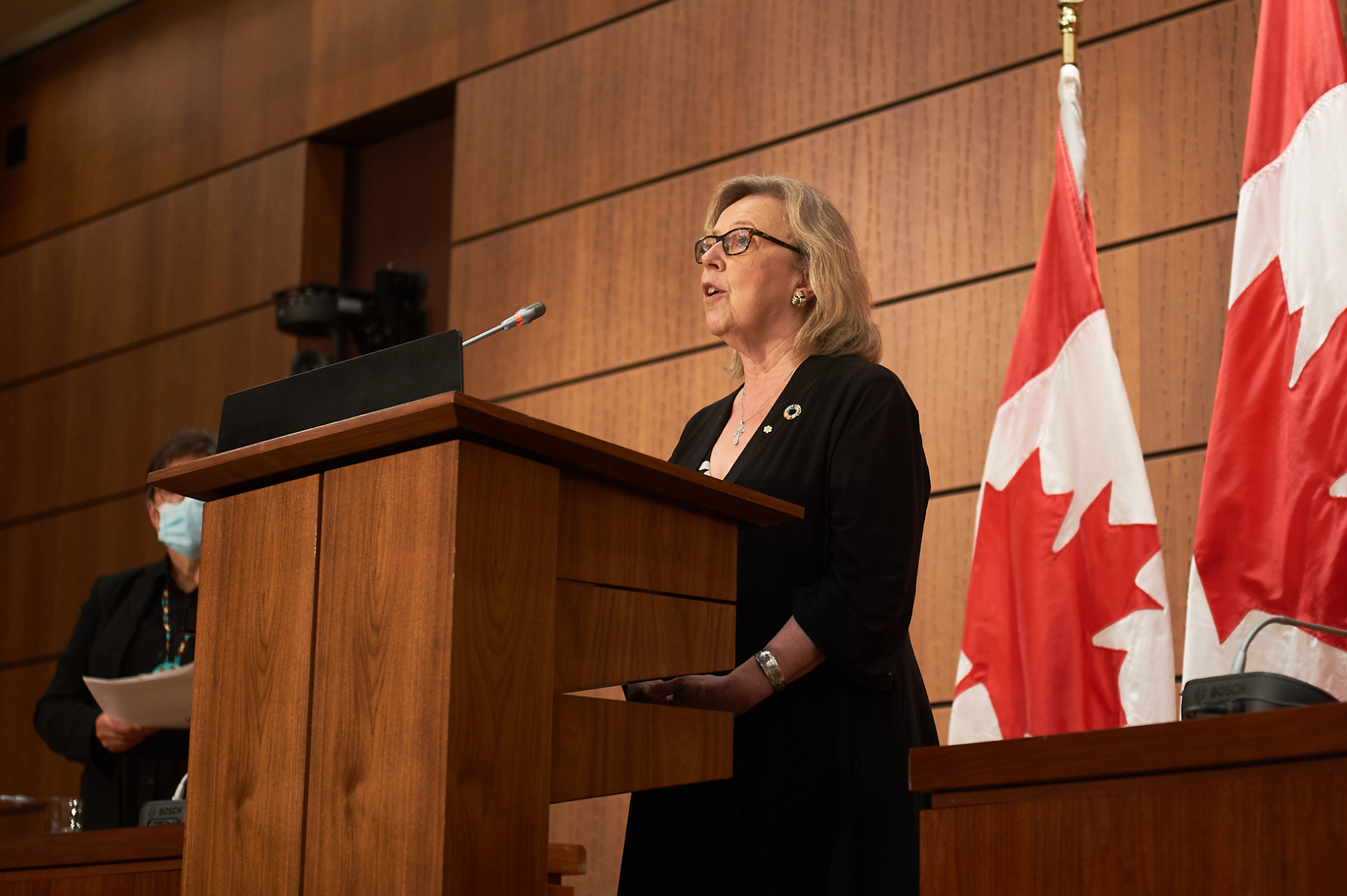 Elizabeth May is taking the fight to address environmental racism back to the House after a Liberal MP’s bill died on the order paper last fall.

The Green Party parliamentary leader tabled a private member’s bill on Feb. 2 aimed at tackling environmental p​​olicies and practices that specifically harm racialized communities. The proposed legislation — nearly identical to a previous bill sponsored by former Liberal MP Lenore Zann — would require the federal government to collect data on links between environmental hazards, race, socioeconomic status and health. It would also compel the environment and climate change minister to develop a national strategy to address the harms caused by environmental racism.

Last year, the original bill made its way to the final stage of debate in the House and gained the support of all parties except the Conservatives before a federal election was called.

“This is a bill that has enjoyed widespread support. Many members of Parliament are very keen to see this bill passed,” May told the House on Wednesday.

“I really urge all colleagues to reflect on the fact that the U.S. and the Environmental Protection Agency, for more than three decades, have had active programs to confront environmental racism while the term is hardly well-understood in our country,” said May.

In April, the Biden administration earmarked more than US$1.4 billion for environmental justice initiatives. Meanwhile, Canada was — and still is — stuck in the discussion phase.

Since then, the federal government has signalled interest in supporting the legislation.

Liberal MPs previously expressed support for Bill C-230, the original version of the legislation. After the federal election, Environment and Climate Change Minister Steven Guilbeault’s mandate letter instructed him to “recognize the ‘right to a healthy environment’ in federal law and introduce legislation to require the development of an environmental justice strategy and the examination of the link between race, socio-economic status and exposure to environmental risk.”

Last October, 20 environmental groups called on the federal government to reintroduce and prioritize Bill C-230 so all its progress would not be lost.

At the time, a ministry spokesperson told Canada’s National Observer the government would introduce legislation in line with Bill C-230.

@ElizabethMay is reigniting the fight to address environmental racism with a new private member's bill after @ZannLenore's bill died on the order paper last fall. #cdnpoli

May’s new bill includes the amendments agreed upon when Zann's bill was studied in committee, so even if it has to go through the whole process again, it could go quickly, said Lisa Gue, manager of national policy for the David Suzuki Foundation.

But if the federal government introduced legislation to address environmental racism, it could pass through the House a lot faster.