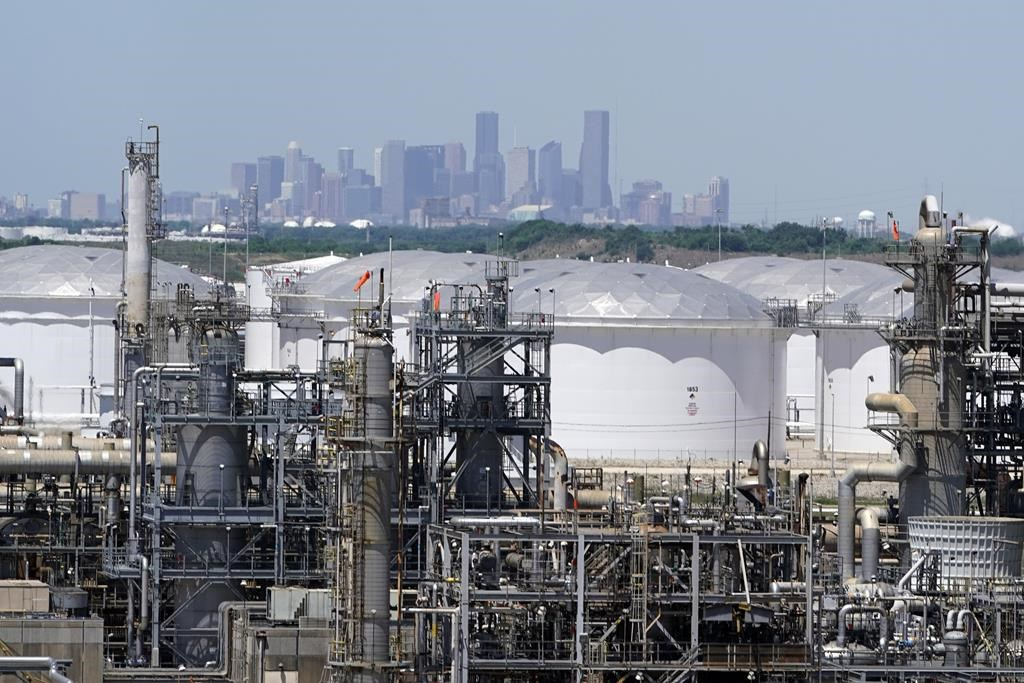 In this Thursday, April 30, 2020, photo storage tanks at a refinery along the Houston Ship Channel are seen with downtown Houston, USA, in the background. (AP Photo/David J. Phillip, File)
Previous story

The International Energy Agency said Wednesday that emissions of planet−warming methane from oil, gas and coal production are significantly higher than governments claim.

The Paris−based agency said its analysis shows emissions are 70% higher than the official figure provided by governments worldwide. If all leaks were plugged, the methane captured would be enough to supply all of Europe’s power sector, it said.

The findings underline “the urgent need for enhanced monitoring efforts and stronger policy action to drive down emissions of the potent greenhouse gas,” it said.

Experts say methane is responsible for almost a third of the temperature increase that has occurred since the start of the industrial revolution. The gas remains in the atmosphere for a much shorter period of time than carbon dioxide, however.

Bringing down methane emissions is seen as a crucial and quick way to limit further warming over the coming decades.

The IEA said its annual Global Methane Tracker report shows emissions from the energy sector grew by almost 5% last year. It said the volume of methane leaked amounted to about 180 billion cubic meters of natural gas.

“That is equivalent to all the gas used in Europe’s power sector and more than enough to ease today’s market tightness,” the IEA said.

🚨 This morning we released our Global Methane Tracker.

Don't miss this thread from our Chief Energy Economist @tim_gould_ running through the key findings 👇 https://t.co/ZeEeFgYotq

The agency’s executive director, Fatih Birol, called for greater transparency on the size and location of methane emissions.

New satellites have helped experts pinpoint the sources of large emissions, though regions along the equator, the far north and offshore are still poorly covered.

The countries with the highest emissions are China, Russia, the United States, Iran and India, the IEA said.