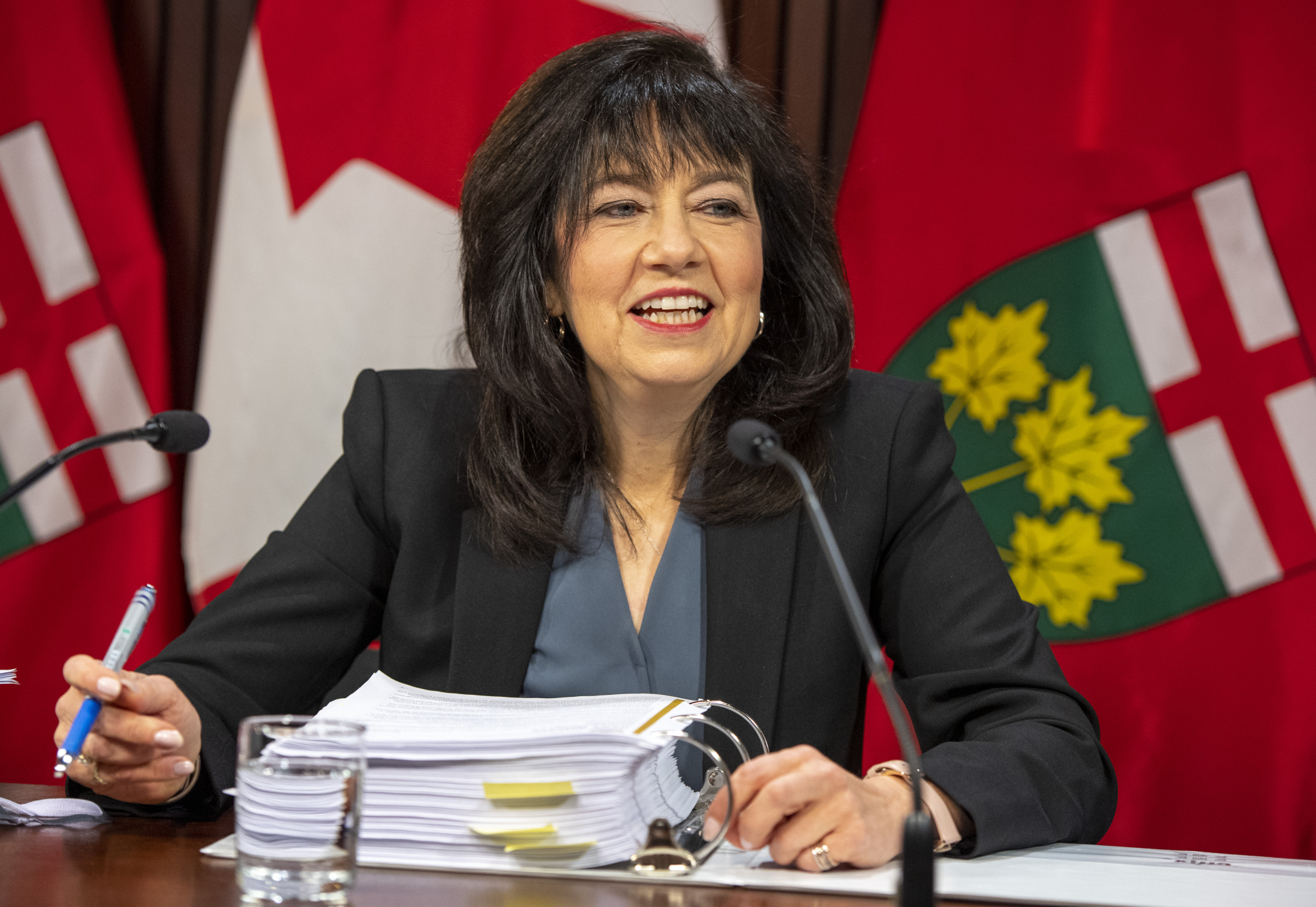 From the moment the Ontario Progressive Conservatives took office, Doug Ford’s government has run roughshod over a provincial law aimed at protecting the environment.

So say Ontario’s auditor general and environmental advocates, pointing to one of Ford’s first moves after being elected; killing Ontario’s cap-and-trade program and skirting the 30-day public consultation period required by the Environment Bill of Rights (EBR).

Ford’s move ended cap and trade, a program that capped greenhouse gas emissions from big polluters and required them to buy credits from other industries that came in under their emissions limits. But it was just the beginning for a litany of EBR transgressions, Ontario’s auditor general Bonnie Lysyk pointed out in her November Annual Report of Environment Audits.

Introduced by the provincial New Democrats in 1993, the EBR has been replicated by other jurisdictions as the “gold standard” of environmental statutes. It gives Ontarians rights they can use to protect the environment by participating in provincial environmental decision-making and holding the government accountable for those decisions.

It spells out that Ontarians are entitled to a minimum 30-day consultation on major environmental decisions and legislation. Proposals are supposed to be posted online on the Environmental Registry and residents can ask for a review or appeal of some decisions.

However, in her November audit, Lysyk says the act has been repeatedly trampled since Ford was elected.

Lysyk said she was particularly concerned “that ministries are not notifying and consulting Ontarians about all of the environmentally significant decisions that they should be.” Others, she reported, including the Ministry of the Environment, Conservation and Parks, “deliberately avoided consulting the public on environmentally significant decisions in 2020-21, bypassing the Environmental Bill of Rights.”

Some government departments didn’t have — or didn’t follow — procedures to ensure compliance with the EBR.

While other Ontario ministries met 63 per cent of audit criteria, the Ministry of the Environment met only 18 per cent, Lysyk’s report states.

“Doug Ford has made a mockery of the EBR,” says Dianne Saxe, deputy leader of the Green Party and the province’s environmental commissioner from 2015 to 2019. The commissioner’s office was independent of the government and was charged with upholding the EBR. It was abolished after Ford won the 2018 election.

Saxe says the Ford government has weakened the endangered species law, made it easier for individual ministers to override consultations and procedures that protect the environment and limited the powers of conservation authorities “by crippling them with funding cuts,” she says. “Every environmental law and policy in [the provincial government’s] way has been methodically undermined and destructed.”

Richard Lindgren, a lawyer for the Canadian Environmental Law Association, helped draft the EBR 25 years ago. He says abolishing the commissioner’s office was “shocking” considering one of its key roles was public outreach “to help people understand the EBR tools and how they could be used effectively.”

Ford transferred some of these duties to the auditor general, but public education about the EBR was given to the minister of the environment, Lindgren said.

“I was astounded to read in the auditor general’s report that most people who were polled hadn’t even heard about the EBR, let alone what the rights are and how they can be used,” Lindgren says. “That very important public outreach is not being done.”

In an email, a spokesperson for Environment Minister David Puccini, Lindsay Davidson, said, “This government is meeting its legislative obligations under the Environmental Bill of Rights” by posting more than 2,000 notices about environmentally significant matters on the Environmental Registry in the last fiscal year and has “carefully considered the public comments as part of decision-making processes.”

Saxe maintains that while she was environmental commissioner, there were instances when the Ford government “completely ignored public comments,” including 11,000 comments against the destruction of the Climate Change Mitigation and Low-Carbon Economy Act.

“The truth of what is going on is being hidden from the public,” Saxe says. “Not posting notices, posting notices that nobody understands, ignoring how people respond to these notices, using end runs such as Ministerial Zoning Orders (MZOs) to just not post at all. We’ve had two findings from the courts on ignoring the bill.”

In 2021, a court found the Ford government broke the law by failing to post proposed amendments to the controversial use of MZOs, allowing the municipal affairs minister to override local planning and existing zoning rules in deciding how a parcel of land can be used.

In 2019, another court found Ford violated the EBR when he skirted the 30-day public consultation period before killing Ontario’s cap-and-trade program.

Lindgren says the Ford government is not the first to violate the EBR. However, he says it has taken some “unprecedented manoeuvres under the EBR.”

For example, Lindgren says in 2020 the Ford government made a temporary amendment to the EBR to ram through some controversial environmental assessment changes without any public notice. “No previous government ever attempted that kind of an end-run around public participation rights in the history of the EBR,” he says.

As the province heads into a spring election, NDP environment critic Sandy Shaw says Ontarians need the EBR “more than ever.”

Doug Ford was certainly TRYING to throw Ontario under the bus when he killed cap and trade. But it was probably one of the few things he ever did that, despite his worst intentions, has worked out for the best.

The thing is that cap and trade is a generally terrible way to try to reduce emissions. Really awful, full of scamming, dominated by loopholes rather than by the supposed intent. And carbon taxes, while not as effective as their proponents claim, are a more or less solid part of a policy portfolio for emission reduction. So, Trudeau brought in a national carbon tax, which would not be imposed on provinces that had equivalents. And the Ontario cap-and-trade system would have been accepted as equivalent. But it wasn't equivalent because cap-and-trade is horrible and useless.

But instead, Ford axed cap-and-trade, which meant that when the Trudeau tax came along, there was no "equivalent" measure in place, and so an actual carbon tax got imposed on the province instead. So because of Ford, Ontario has a real carbon tax instead of bogus cap-and-trade, for a significant net gain. So, nice "own goal" there, premier Ford. But that's certainly not what he was trying for.

Interesting and informed take on what has happened. Thanks for the comment.

Whatever the outcome of Ford

Whatever the outcome of Ford canceling cap and trade, will end up in the courts. At the same time Ford did that, he also passed legislation making it impossible for anyone or any corporation to hit back at the province. Instead, the Federal courts will have to deal with the financial fallout in the form of increased taxes one way or another to pay for this gaffe. 'New public documents reveal the Progressive Conservatives stonewalled Koch Industries' requests for compensation and pushed the global giant to take its complaints to international court' because of the cancellation. For more info on this, read: https://thenarwhal.ca/koch-sues-canada/

A 50-year old bus on a 4-lane highway through a wetland with species at risk, in the Greenbelt, based on a 20-year-old environmental assessment and against motions from local municipalities.