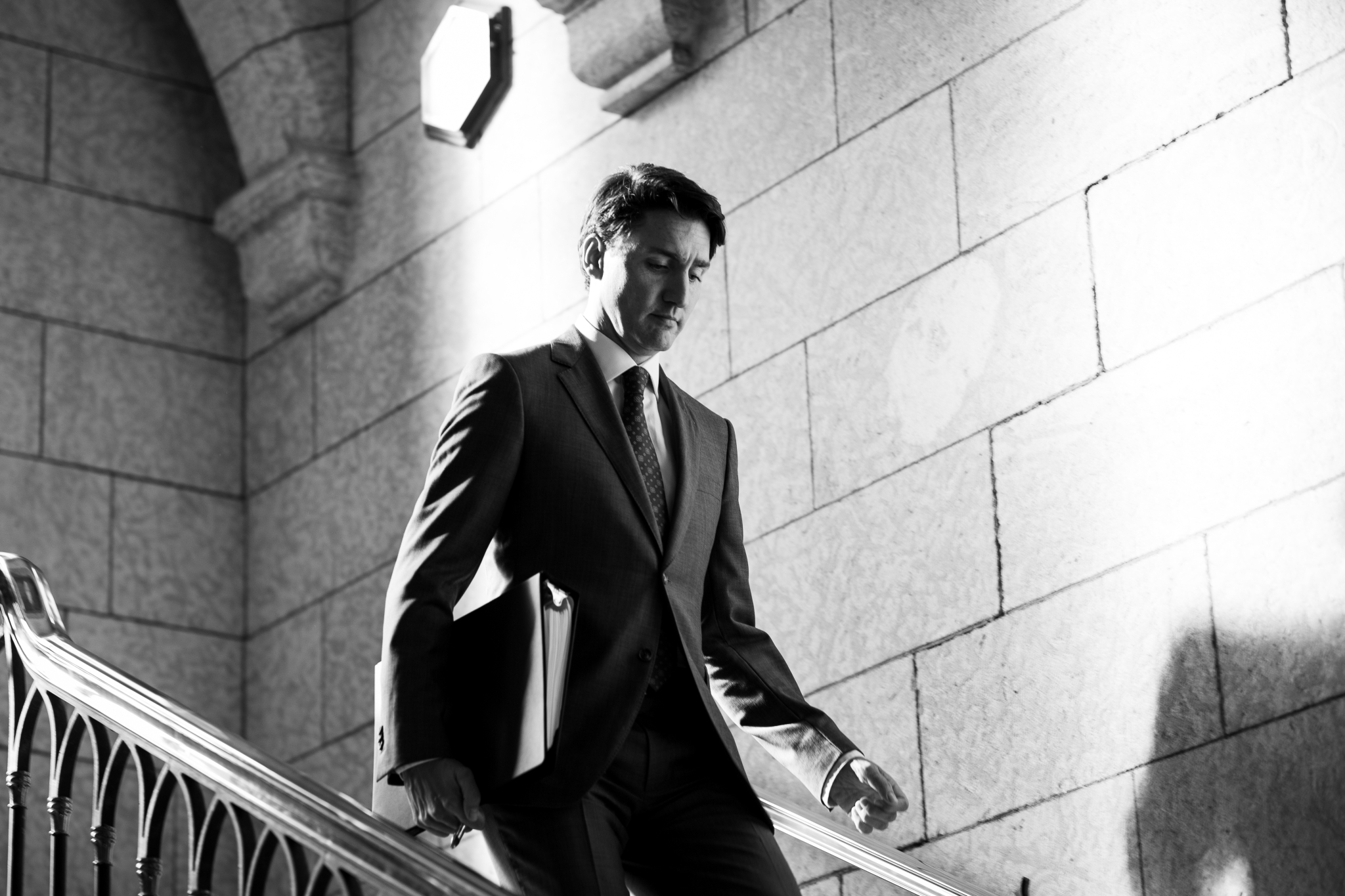 The new sanctions will target 58 people and entities connected to Russia, including members of that country's elite and their families, the paramilitary organization known as the Wagner Group and major Russian banks.

Canada is also cancelling existing export permits for Russia and will not issue new ones.

Canada has arranged for the safe passage of any Canadian citizens, permanent residents and their families still in Ukraine through land borders with Poland, Slovakia, Hungary, Romania and Moldova, he said.

The federal government will be prioritizing immigration applications for Ukrainians who want to come to Canada and is launching a dedicated telephone line for anyone who has any urgent questions about immigrating from Ukraine, said Trudeau.

"President Putin has launched a horrific, unprovoked attack on their country, a sovereign nation, including missile strikes in their capital, Kyiv. He has needlessly put the lives of innocent people at risk, violated Russia's international treaties, and launched the greatest threat to European stability since World War Two," said Trudeau.

The Ukraine envoy called on Canada and its allies need to do everything it can to stop Russia's invasion of his country, otherwise "World War Three" awaits them.

Ukraine's chargé d'affaires in Canada, Andrii Bukvych, said his country wants to see the Canadian government and the West impose crippling sanctions, cut diplomatic relations and would like to see NATO enforce a no-fly zone over Ukraine to prevent Russian aerial bombardment that he says is taking place.

Bukvych said he believes Putin will push his military onward through NATO countries such as Poland and the Baltics if he is not stopped now.

"We do understand there is a high toll that the free world economy of Western economies will pay for deterring Russia, for supporting Ukraine," Bukvych said in an interview.

"But I believe that this toll is still much more less than having World War Three, which will inevitably take place unless Putin will be stopped in Ukraine," he added.

Deputy Prime Minister Chrystia Freeland said they cannot allow Putin's attack to be the end of the post-Second World War rules-based order that Canada helped to build to restore peace.

"It could be. This is an extremely serious challenge to that order. And if Russia succeeds, then that order will be breached. And we can't let that happen," said Freeland, who is of Ukrainian descent and has been banned by Putin from travelling to Russia because she wrote critically about him in her pre-political career as a journalist.

Earlier Thursday, Joly summoned Russia's ambassador for a dressing down as Trudeau huddled with other world leaders to discuss the Russian full-scale invasion of Ukraine.

Ambassador Oleg V. Stepanov met Joly at the headquarters of Global Affairs Canada, where she condemned "in the strongest possible terms Russia's egregious attack on Ukraine," the minister's office said.

Joly said the remaining Canadian diplomats in Ukraine had been evacuated to neighbouring Poland.

A joint G7 statement earlier Thursday said "severe" and co-ordinated economic measures and sanctions were coming against Russia. It called on the international community to condemn the attack in the strongest possible terms.

On Tuesday, Trudeau announced a first round of sanctions and the deployment of hundreds of additional Canadian troops to eastern Europe after Putin ordered troops into two breakaway regions of eastern Ukraine.

That limited military action was followed in the early morning hours in Ukraine on Thursday with the launch of a full-scale invasion, with missiles hitting Ukrainian cities and military facilities across the country and tanks and troops rolling in from three directions.

The invasion followed a steady Russian buildup of military forces on its borders with Ukraine and in neighbouring Belarus over the past two months, which had sparked numerous rounds of diplomacy between the Kremlin and the West.

Canadian leaders from across the political spectrum were united in condemning Russia’s invasion, with interim Conservative leader Candice Bergen blasting Putin as an autocrat who “will be judged harshly.”

"Putin's contemptible aggression and invasion of Ukraine is unacceptable," Bergen added. “His attack on the Ukrainian people and their democratically elected government is despicable.”

NDP Leader Jagmeet Singh called on the government to immediately impose severe economic sanctions "where it hurts Putin the most," including by targeting Russian oligarchs who support him and kicking Russia from the global banking system.

The Ukrainian Canadian Congress, which represents 1.3 million Canadians of Ukrainian descent, echoed that call for Russia to be tossed from the banking system as part of "devastating" economic sanctions.

"Ukraine needs weapons with which to defend itself right now," UCC executive director Ihor Michalchyshyn added in a statement. "Most importantly they need anti-air systems like stinger missiles and other air defence and naval defence systems."

He also warned against Canada and its allies not taking a strong enough stance in its response to Russia, saying: "In the 1930s, the world was slow to recognize the danger that Adolf Hitler posed to our civilization. We cannot make that same mistake again with Putin."