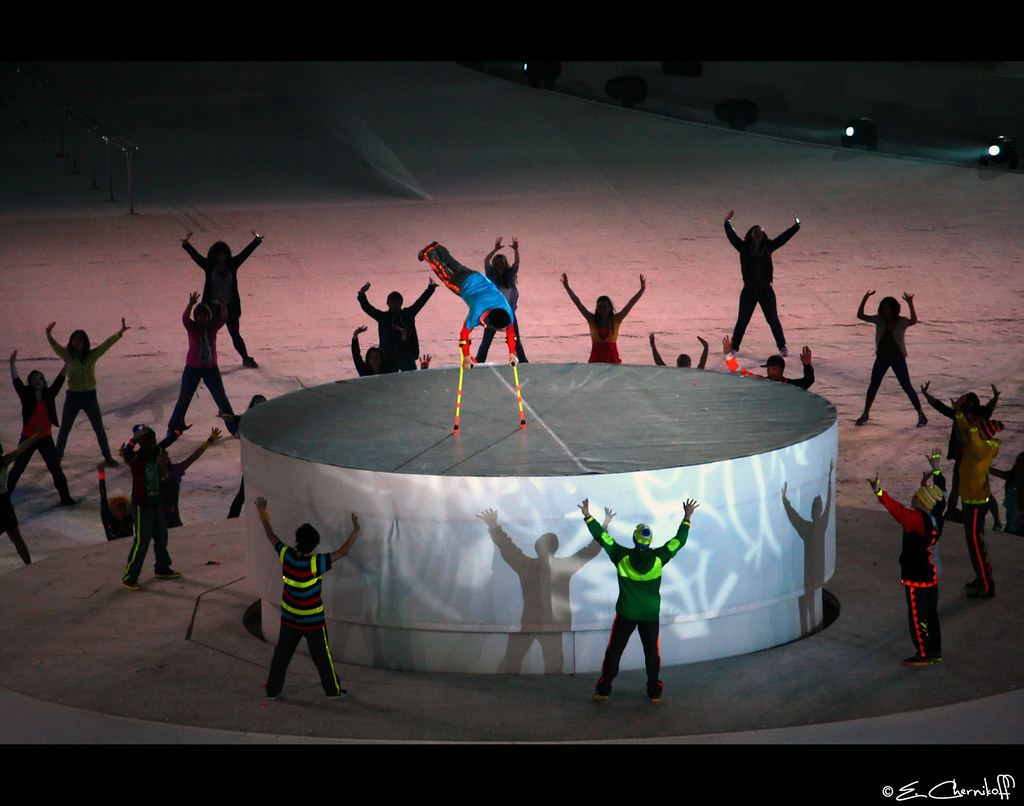 Lucas "Lazy Legs" at the 2010 Paralympics opening ceremonies. Equal participation of people with disabilities in all aspects of social and economic life is a pillar of the international rules-based order Putin is destroying. Photo by Ezequiel Chernikoff
Previous story

The past two weeks have been a blur of breaking news and broken promises, so let’s recap: the Winter Olympics closed on Feb. 20 and within days, Russia launched a full-scale invasion of Ukraine.

The Olympics are central to understanding Vladimir Putin’s plans to attack Ukraine. This comes as no surprise to anyone watching Russia’s record of international aggression. Russia began airstrikes in Georgia as the 2008 Summer Olympics were starting and seized Crimea following the closing ceremonies of the 2014 Winter Olympics.

Each of these attacks on sovereign nations is also a violation of the Olympic Truce. It’s a tradition dating back to Ancient Greece. More recently, the practice was renewed with United Nations resolutions. In 2021, countries including Russia committed to peace for the period starting seven days before the Olympics and ending seven days after the Paralympics.

Despite this agreement, the world’s newest war started in the days between the Olympics and the Paralympics. By shifting the world’s attention from Beijing to Kyiv, Putin insults Paralympic athletes and confirms a deplorable human rights record. The Russian leader’s actions echo Soviet-era attitudes towards people with disabilities and expose government neglect in contemporary Russia.

In 1980, when Moscow hosted the Olympics, the Soviet Union refused to include Paralympic events on the grounds that “there are no invalids in the U.S.S.R.” In 2014, Russia tried to clean up its image, investing in accessibility for the Winter Games in Sochi and fielding a Paralympic team twice the size of the group that had competed in Vancouver.

But the same year as the Sochi Olympics, Human Rights Watch released a report revealing widespread abuse of children with disabilities in state-run institutions, including binding kids to cribs and using sedatives for punishment. Other reports confirm exclusion impacts not only children separated from their parents, but also adults seeking education and employment across Russia.

Deep-rooted discrimination against people with disabilities is just one example of how Russia operates outside the rule of law. Yet it could have served as a hint at other abuses of power. Russia signed on to the United Nations Convention on the Rights of Persons with Disabilities in 2012, but implementation remains limited. Just last year, a non-governmental organization scrambled to provide basic supports for people institutionalized with the outdated diagnosis of “uneducable.”

So what does the crisis in Russian schools and social services mean for Canada and the Paralympics? Opposing Putin’s vision of the world means supporting Ukraine but also honouring Paralympic athletes. Sport offers a model of how to uphold human rights far beyond the Games.

It’s not a coincidence that Ukraine proves what’s possible. The country hits above its weight at the Paralympics. At the Summer Games in Tokyo, Ukrainian Maksym Krypak became the most titled Paralympian, winning five golds, compared to just one gold for Ukraine’s entire Olympic team.

At the Winter Games in Beijing, Ukrainian Paralympians are off to a strong start. The team picked up the most medals on the first day of events and claimed all the hardware for the men’s vision-impaired biathlon.

Opinion: Despite its commitment to the Olympic Truce, Russia attacked Ukraine days between the end of the winter Olympics and the beginning of the Paralympics, writes @emilyamacrae. #equity #justice #StandWithUkraine️

Ukraine’s Paralympic success is a paradox for a country that — like Russia and other post-Communist countries — struggles with high levels of institutionalization and limited accessible infrastructure. Despite these challenges, a network of adapted sports programming in every region of the country creates a talent pipeline for the Paralympics and contributes to a vibrant culture of accessible athletic events.

There are three things readers in Canada can do to ensure this strong tradition continues. First, watch the Paralympics and celebrate athletes from around the world. Equal participation of people with disabilities in all aspects of social and economic life is a pillar of the international rules-based order that Putin seems intent on destroying. Russia and Belarus need to see that upholding human rights is not about performing for a global audience for a few days every couple of years.

Canada must also work to get humanitarian assistance to people with disabilities in Ukraine who are disproportionately impacted by the war: many are unable to evacuate or even take shelter in basements.

Thirdly — and perhaps most importantly — Canada needs to help Ukraine rebuild when the time comes. Ukraine’s athletes with disabilities have already had to relocate their training centre once due to the Russian annexation of Crimea. It’s hard to imagine what pools and gyms will look like as the shelling of cities continues. There is no question that Ukraine will need resources to pursue the path of excellence established by its Paralympians and expand this success to other aspects of inclusion.

All of these actions will remind Putin that the rule of law means not only respecting the territorial integrity of neighbouring countries but affirming human rights, including for children, adults and elders living with disabilities.