Taxpayers should not foot the bill for carbon capture 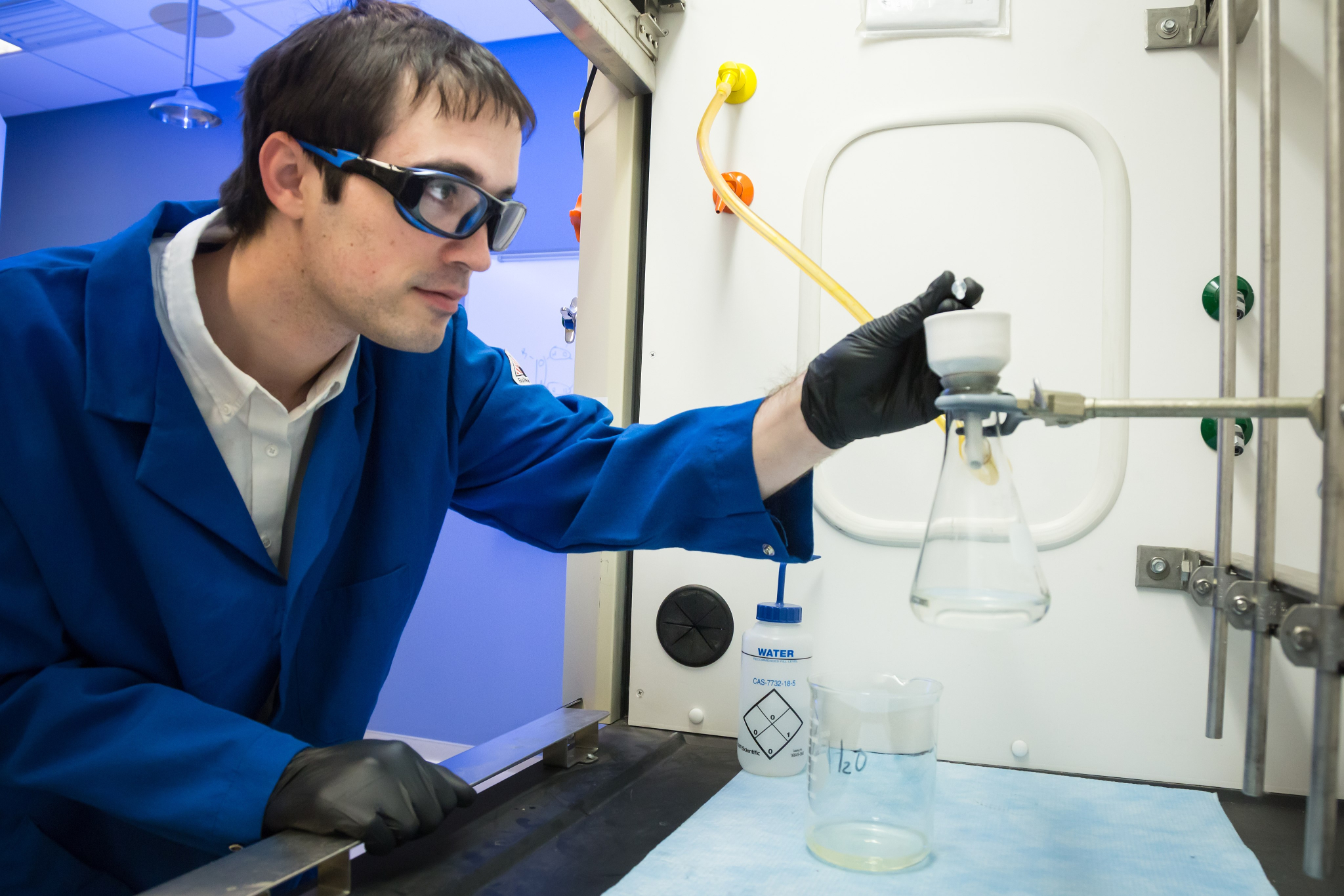 The Liberals’ proposal will pour more taxpayer money into the fossil fuel industry's carbon capture, utilization and storage technology, despite the fact that Canada has committed to phasing out fossil fuel subsidies. Photo by Flickr
Previous story

As long as Canada continues to underwrite the oil and gas industry, it cannot make meaningful progress on the economic transformation needed to address climate change. This week, Liberal ministers Jonathan Wilkinson and Steven Guilbeault doubled down on their proposed investment tax credit in carbon capture, utilization and storage (CCUS), yet another example of how Canada is failing to act at the scale and on the timeline of the climate emergency in front of us.

We are three of the more than 400 Canadian climate scientists and academics who called for the government to scrap the proposed tax credit in January, pointing out that it would provide a boost to the oil and gas industry instead of implementing a real strategy for its managed decline. We accompanied our letter with a request to meet with Minister Chrystia Freeland about the tax credit, so far with no result. As Canada continues to suffer the effects of climate change, a carbon capture tax credit is a short-sighted approach that sticks Canadians with the bill.

CCUS includes a number of different technologies, all of which capture carbon dioxide and either store it in the ground or use it for a variety of industrial and agricultural purposes. The Liberals’ proposal would provide tax credits to energy producers employing CCUS for high-emitting industrial processes like fossil fuel processing and concrete and plastics manufacturing.

Tax credits are a subsidy since they lower the price of a given activity. The Liberals’ proposal will pour more taxpayer money into the fossil fuel industry, despite the fact that Canada has committed to phasing out fossil fuel subsidies. Canadian governments have provided oil, gas and coal with an average of $14 billion per year over the last three years, which is more than any other country in the developed world.

By contrast, Canadian renewable energy has only received about $1 billion in public financial support. Given the reality of the climate crisis, governments should be acting decisively to wind down production of fossil fuels, so that we can achieve the goal of the Paris Agreement to limit warming to 1.5 C.

Supporters argue that CCS marginally reduces emissions in the short term, but this misses the big picture. “Carbon lock-in” means that decisions we make today about fossil fuel investments, use and infrastructure have long-term implications. A tax credit for CCUS will prolong, not shorten, our dependence on fossil fuels.

Betting on CCUS means building out a huge infrastructure of pipelines to transport the carbon. By making long-term investments in oil and gas infrastructure more economically beneficial, the proposed credit would effectively tip the balance toward continued fossil fuel extraction and use. In a world moving toward a decarbonized economy, investing in CCUS does not plan for the future; instead, Canada is kicking the can down the road.

Ministers Wilkinson and Guilbeault say that CCUS must be part of the tool kit for combatting climate change. They overlook the fact that CCUS has no ability to mitigate the 70-90 per cent of carbon pollution that comes from burning fossil fuels. Capturing tailpipe emissions is unworkable. So, a focus on carbon capture for the oil and gas sector is a distraction from the much larger emissions problems that this technology cannot solve. Put bluntly, CCUS is not a climate solution.

Currently, CCUS capture capacity is only 0.1 per cent of global annual emissions. While optimists argue this figure can be scaled up with more investment, the Intergovernmental Panel on Climate Change points to uncertainty in the future deployment of CCUS and cautions against reliance on the technology.

A more expedient — and cheaper — solution would be to invest in renewables, which are now cost-competitive with fossil fuels. The Liberal government should focus support on climate solutions that will contribute the most to emissions reductions: increased electrification, wide-scale use of renewable energy and improving energy efficiency. Funding CCUS diverts resources from these proven and more cost-effective solutions.

Canada cannot continue to play both sides. It cannot continue to invest in short-term solutions that promote more efficient use of fossil fuels while planning to decarbonize the economy. The same International Energy Agency report cited by the ministers clearly states that no new fossil fuel infrastructure should be built if we want to have a hope of reaching net-zero by 2050.

If CCUS is critical for oil and gas companies to reduce their emissions as decarbonization moves ahead, then they should foot the bill. Indeed, there is no reason that oil and gas companies, now flush with cash, shouldn’t pay for these investments themselves. At a time when Canadians are struggling with the effects of the pandemic and rising inflation and interest rates, the government should not be giving handouts to the fossil fuel industry.

We need CO2 removal to save the planet, but tax subsidies aren’t the right way

"yet another example of how

The alternative is the Conservatives, who are supposed to be even scarier on climate.
Conservatives generally deny the problem and reject the science. Petro-progressives like Trudeau, Notley, and Horgan claim to accept the climate change science, but still push pipelines, approve LNG projects, promote oilsands expansion, subsidize fossil fuels, and let fossil fuel interests dictate the agenda.

In fact, the federal Liberals and provincial NDP parties (AB and B.C.) have proven far more effective than the Conservatives in delivering on Big Oil's and Corporate Canada's agenda.
No surprise. You get what you vote for.

All good points, but the

All good points, but the other side is not listening. Not open to rational discussion. They made up their minds a long time ago.

To defend the indefensible, the O&G industry and its carbon-capture allies must resort to dishonest arguments and slogans:
1) The IEA advocates CCS. (Yes, but ONLY in sectors difficult to decarbonize like steel and cement. Not for the fossil fuel industry.)
2) The transition will take decades (So let's throw the O&G industry a lifeline, "green up" our fossil fuels, and delay that transition as long as possible.)
3) "Every tool in the toolbox" . (Even the wrong tools that make the problem worse.)
4) New oilsands pipelines like TMX will fund the transition to renewables. (Like selling cigarettes to fund lung cancer research.)
5) Funding for CCS, SMRs, blue hydrogen, inactive/orphan well clean-up, and oilsands reclamation is NOT a subsidy. (Clean-up and emissions reduction is a cost of doing business. Subsidies that relieve the industry of clean-up costs go straight to the company's bottom line and into the pockets of mostly foreign shareholders.)
6) Look, we have a price on carbon. (Carbon pricing is supposed to make fossil fuel production more expensive and less profitable. Since CCS subsidies make fossil fuel production less expensive, they undermine carbon pricing.)

A vote for the Liberals is a vote for Liberal bafflegab.

In my riding there was only

In my riding there was only one candidate able to prevent a Conservative from obtaining the seat. Yes, a Liberal. Unfortunately. Until we have a credible and competitive Green candidate, or full proportionality, we have to vote strategically to stop the Tories who would be far, far worse on so many more fronts than just climate.

I'm not sure what to make of

I'm not sure what to make of the federal NDP this time around. Asleep at the switch, maybe? But that doesn't matter one whit as long as the arithmetic excludes them for splitting the progressive vote.

In such ridings, the climate

In such ridings, the climate-insincere Liberals can count on the progressive vote (i.e., take progressive voters for granted), because the Conservatives, as Alex says, are infinitely worse on other fronts.
Under Singh, the federal NDP fail to mount much of a challenge on climate. Singh refuses to commit to cancelling TMX.
Big Oil couldn't ask for a better setup. Terrified by the Conservative bogeyman, progressive voters run into the arms of Trudeau's Liberals. CAPP can set their Conservative hounds on the Liberals, while the Liberals give the O&G industry just about everything on its wishlist. The Liberals play the fear card every election to limit the NDP and Green vote.

The only way out of this trap is to fire the Liberals. Yes, even if it means going several steps back under the Conservatives for a term.
How else to get the message across to that climate failure, a litany of broken promises, betrayals, cynicism, and Trudeau's mockery of First Nations, etc. are unacceptable?
If you reward failure, betrayal, and broken promises, expect more of the same.
If progressives wish to encourage Liberals politicians to ignore them, by all means, keep voting Liberal.
If you want to break them of the habit, park your vote elsewhere or stay home.

Democracy does not work unless voters hold politicians to account. A vote for the Liberals or Conservatives is a vote for Big Oil, petro-politics, democratic erosion, climate disaster, science denial, and betrayal.

"Smith: Federal embrace of carbon tech is a victory for the energy industry"
https://calgaryherald.com/opinion/columnists/smith-federal-embrace-of-ca...

The headline is correct. Her gloating commentary, unsurprisingly, is not.
"Federal embrace" (taxpayer support) of CCS is a victory for the oil & gas industry. But a loss for the rest of us who depend on a stable, livable climate.

No sane person should celebrate a defeat for climate action.