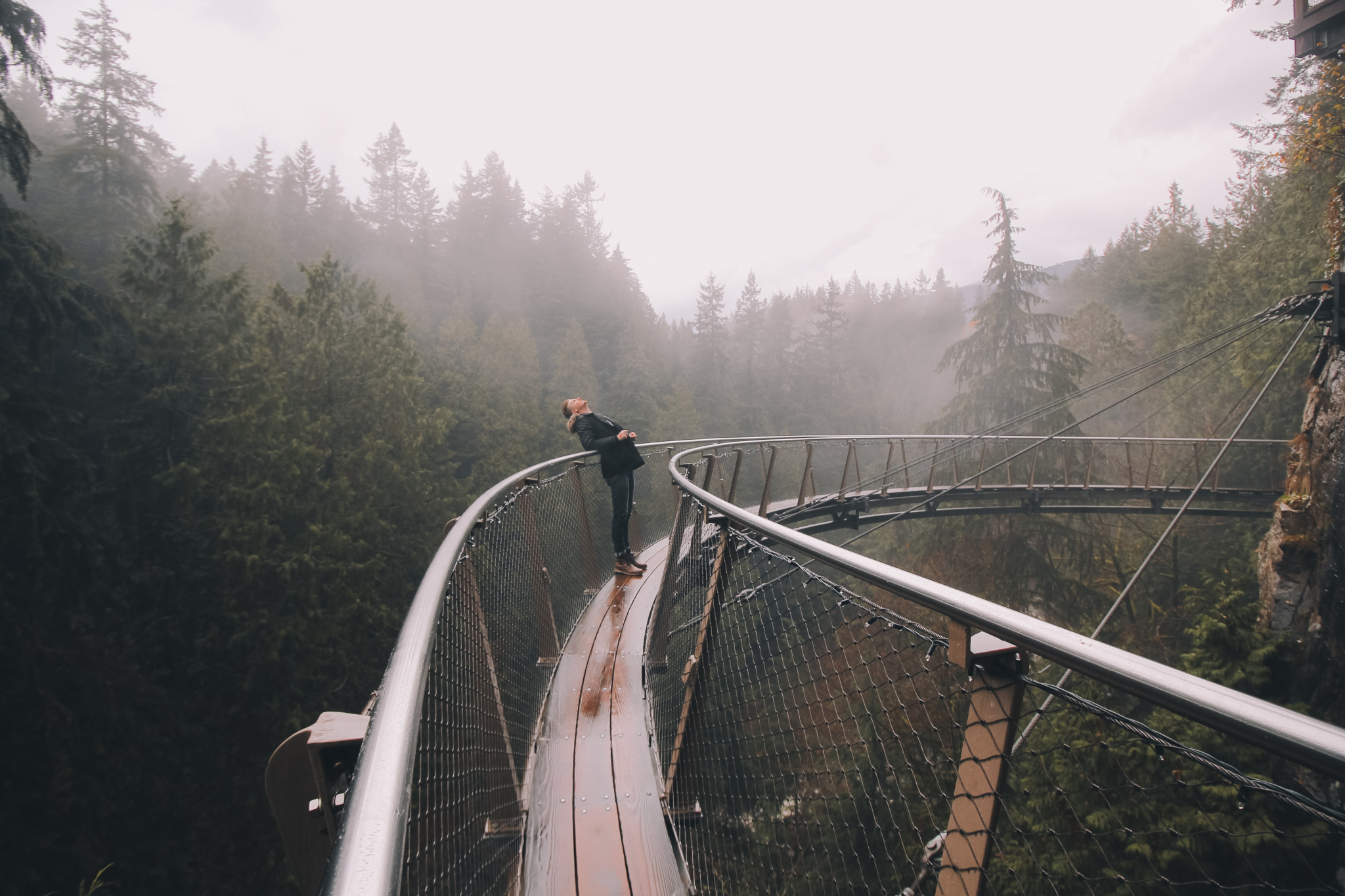 Reforming the Canadian Environment Protection Act will mean a healthier future for the planet and the people on it. Photo by Tim Trad/Unspash
Previous story

Admit it. You hate having to say, "I don't know." But what if being able to utter those words was the key to opening a future door where human and environmental health were indeed prioritized? Would you be willing to acknowledge your ignorance?

Now, ask yourself what you know about environmental health and the need for Canadian Environmental Protection Act (CEPA) reform. How did you answer? My effectiveness and ability to execute a campaign to reform CEPA began with saying, "I don't know."

Let me help you get started. The Canadian Environmental Protection Act, or CEPA, provides the legislative framework for protecting human health and the environment from pollution and toxics. The law was last updated in 1999, yet exposure sources and our scientific understanding of harms have changed significantly since then. For pollution prevention, environmental protection and health promotion — particularly for those who are marginalized and vulnerabilized like Indigenous people, women, workers, racialized communities and people with disabilities — a strengthened CEPA will be the backbone of a just transition.

Why do I want you to know this? Because I want you too to say about CEPA reform, "I don't know." And then, I want you to take the next step towards knowing. Read the campaign materials, government briefings, calls to action from the Canadian Association of Physicians for the Environment (CAPE) and the many organizations that have been concertedly working with governments for years to update CEPA in a meaningful way.

I want this same thing from the government. I want it from Environment and Climate Change Minister Steven Guilbeault. I want it from Health Minister Jean-Yves Duclos. I want it from Sen. Stan Kutcher, who sponsored Bill S-5 to update CEPA. And I want it from all those in Parliament and government who don't know the ins and outs of CEPA reform but have the power to make a strengthened CEPA law by the end of this year.

Although Bill S-5 is a workable starting point for improvements to CEPA, there are several areas that need to be strengthened. To deliver an improved act, the bill must provide meaningful recognition of the right to a healthy environment, prioritization of the prohibition of toxic substances of concern, assessment of cumulative risks to the environment as well as to human health, clear timelines for assessments and implementation of measures to address toxic substances including “safer substitution,” and a higher bar for confidentiality claims to expand public access to data about environmental and health risks.

We have been living through a tumultuous time. From the climate crisis to a global pandemic to political unrest, and the inequalities and disproportionate impacts of each of the problems connected with racism, sexism, ableism, we are challenged to either contribute to solutions or further the problems. What if we all just said, "I don't know" and came together to uncover the answers, share our knowledge, and peel back the layers to find a way forward for a healthier planet, people and political landscape?

Even amid these multiple environmental and public health crises, we must act. And we must act concertedly and thoughtfully and move out of ignorance, out of the fear of not knowing, through the obstacle of obtaining necessary information to a place where we find the answers to the questions we have and implement solutions.

We are at a critical moment for CEPA reform. Bill S-5 is a good foundation to address gaps in CEPA. But it has a long way to go before becoming law. We need senators, MPs, ministers and government officials to expedite the process if we are going to avoid yet another lost opportunity to reform CEPA before the next Parliament.

It has been 22 years since the last update to the act. While we've waited, environmental harms and adverse human health impacts accumulated. The latency period between exposures and effects means we won't see some of the impacts of these delays for years, even decades. Action now is critical.

Opinion: For communities that are marginalized, a strengthened #CEPA will be the backbone of a just transition, writes @JANEMCARTHUR11. #FossilFuels #ClimateCrisis #Environment #Health

Will you start by saying, "I don't know" and begin to find answers to your questions about CEPA reform? In the coming months, will you take your newly acquired knowledge and bring it to your MPs to tell them why you want their energy on CEPA reform? Will you ask Sen. Kutcher, the prime minister, the ministers of health and environment and climate change, and your MP to support amendments for a strengthened CEPA so that we can count 2022 as the year of victory in the long struggle for improved environmental protection, pollution prevention and health promotion?

Will you also see that the passage of this law is just one step forward in ongoing learning about how we can better protect people in Canada from environmental exposures and that we need governments to continue to update CEPA even as we acquire new knowledge of current conditions and future impacts?

Say it with me: "I don't know." Next, say: “I want this government to prioritize Bill S-5, strengthen it and pass it into law before the end of 2022.”

Admit it. You already feel a little less afraid about how you can play a role in reforming the Canadian Environment Protection Act for a healthier future for the planet and the people on it.

Jane E. McArthur is toxics campaign director with the Canadian Association of Physicians for the Environment (CAPE). Jane has a PhD in Sociology and Social Justice and her work over the last 30 years has been in communications, research, and advocacy on environmental and occupational health issues.

Forty years ago a relatively

Forty years ago a relatively young man died of incurable generalized lymphoma. He died 9 years after he was diagnosed - fighting all the way - trying to counter the effects of his chemo therapy with the then "wisdom" of Adele Davis's holistic nutritional therapy. The treatments were few and known only to control or reduce the cancer - not to cure it.

The lymphoma was probably acquired by his exposure to radiation during his late teenage years when he worked as a summer labourer at the Chalk River Nuclear Facility. He was recruited to help clean up "accidents" - spills or leaks of heavy water. He and his fellow cleaners were equipped with clean white coveralls, and a roentgen badge that registered his exposure. In the 50's the limits of exposure thought to be harmless were much higher than present day regulations. Physicists were still optimistic about their ability to handle radioactivity. 10 years after that exposure came the first diagnosis which pegged his condition as stage 3 in the disease. It was suggested he probably had no more than 3 years left. Surviving for 9 was a rather pitiful triumph, accompanied by constant and debilitating treatment .

The point of this is that the health implications of the various chemicals, substances (asbestos) and airborne, workplace or occupational conditions to which we have subjected our selves, and all the life forms of this planet (the assaults of undersea sounds, sonar, etc on oceanic life) are rarely, if at all, investigated in depth before being released for use - making us and other creatures the experimental animals recruited, unwittingly, for the job of testing. It is clearly an unsustainable practice; besides being morally and ethically unconscionable.
There ar so many rogue chemicals blanketing our land, infesting our waters and befouling our atmosphere we have lost track of them. Our various evolved life forms have never been challenged before with these alien elements. Is it inconceivable that we should be plagued with genetic malformations, with immune system disorders, with never before identified systemic and genetic disease?

If we do not create deep, long term investigations of the effects of exposure to these toxins on living cells. our species and many others will most likely wither away - unable to adapt.