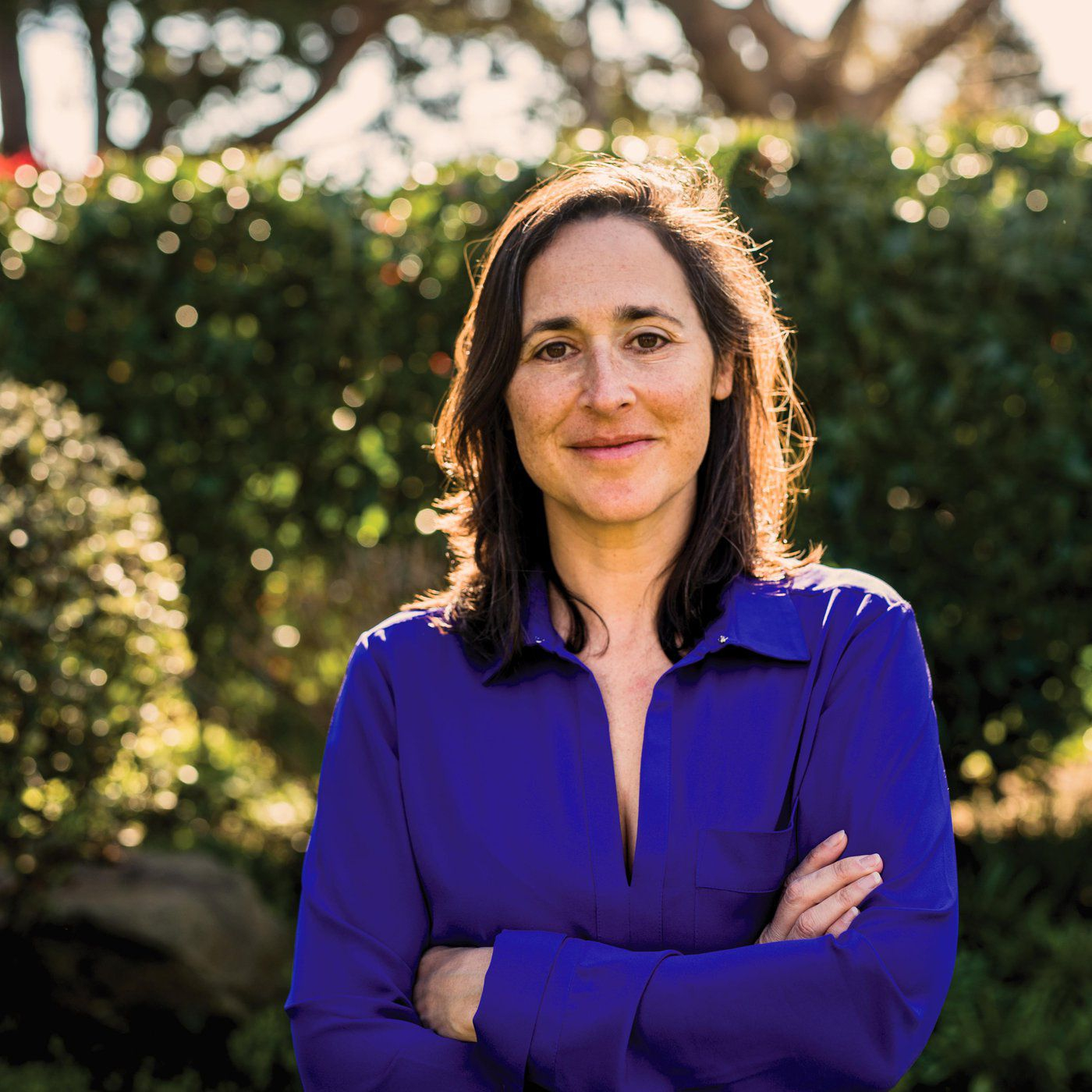 After more than 20 years delivering babies into the world, Dr. Stefanie Green, seen in an undated handout photo, decided to specialize in delivering suffering people out of it. Handout photo by Jacob C. Green
Previous story

After more than 20 years delivering babies into the world, Dr. Stefanie Green decided to specialize in delivering suffering people out of it.

She was among the first Canadian physicians to offer medical assistance in dying, known as MAID, once it became legal in this country in 2016.

Green has now written a book, "This is Assisted Dying: A Doctor's Story of Empowering Patients at the End of Life," describing the first year of her new practice.

She provides heartbreaking details of patients she helped, and the ones she could not because of the restrictive nature of the new law, which limited the procedure to people whose natural deaths were "reasonably foreseeable."

She describes the gratitude of grieving family members but also the man who accused her of murdering his aunt. The loving last words exchanged between a husband and wife, lying naked together in bed, and the patient whose parting words to her good-for-nothing grandson were "clean up your crap."

Green also describes in painstaking detail the care that goes into assessing a patient's eligibility for an assisted death and the series of lethal injections designed to gently ease a patient into sleep, then a deep coma before the heart finally stops.

The book, Green said in an interview, was partly an attempt to stimulate discussion about the end of life, a topic most people are afraid to talk about. But it was also therapeutic for her.

"The real raw truth is that, as soon as I started doing this work, I was kind of overwhelmed with the incredible experiences I was having … The work itself and the intimate relationships that I was kind of thrown into right away and the interactions I saw between people and their families were just extraordinary," said Green, who heads the Canadian Association of MAID Assessors and Providers.

"At some point I decided I wish I could tell someone what's happening, what I'm doing, what I'm seeing, what it feels like, what it looks like, how it works, you know, dispel those myths … It's almost like I needed to tell someone."

In an odd way, Green said her work as a maternity doctor was "a good fit" with providing medical assistance in dying, dealing with intense emotions and the family dynamics attending both the happy and unhappy events. Among family and close associates, she refers to assisted deaths as "deliveries."

Doctor describes what it's like to provide medical assistance in dying in new book. #MAID #AssistedDying

Indeed, she said helping to end people's suffering has been the most rewarding experience of her career — although initially that was a sentiment she felt she had to keep to herself.

"What I was feeling was gratification that I was in a position as a clinician — as a person — to offer this assistance. But it occurred to me that I probably shouldn't tell anyone," she writes in the book.

"What would they think? 'I helped someone to die today and I feel really great about it.' I might be seen as a psychopath."

But for Green, the experience was "profound" and a "privilege" to help people in need. She recounts in the book how "the sense of relief was palpable" when she told someone they were eligible for an assisted death.

"Once my patients were no longer fearful of how they might die, they focused intently on living and allowed themselves to more fully embrace the life they had left. MAID, in this way, was less about dying and more about how people wanted to live."

Six years on, there are still relatively few Canadian doctors and nurse practitioners who assess eligibility or provide assisted deaths — about 1,300, Green estimates.

In part, she thinks that's because of the initial ambiguity of the new law and confusion over how the term "reasonably foreseeable death" should be interpreted. She admits in the book that fear of interpreting the term too broadly — and potentially facing 14 years in prison if she did — led to agonizing decisions to turn down some desperate patients, about whom she still feels guilty.

The foreseeable death requirement was dropped from the law earlier this year, in response to a Quebec court ruling that struck it down as unconstitutional. Intolerably suffering people who are not near the natural end of their lives are now eligible for assisted deaths, although they face more stringent eligibility rules than those who are near death.

But Green said there's been no rush of Canadians clamouring to take advantage of the expanded access. Moreover, she said MAID providers have been "very, very cautious" about applying the expanded eligibility criteria, with some refusing to provide the procedure for anyone who is not near death because the eligibility rules are "too complex and they can't commit the time to it," particularly during a pandemic.

It's about to get more complicated too. Among the amendments to the law passed last March was one that will lift the ban on assisted deaths for people suffering solely from mental illnesses in 2023. That will likely require a whole new set of safeguards and eligibility rules for that group of patients.

And a joint parliamentary committee must still grapple with whether to expand access to include mature minors and whether to allow advance requests for assisted dying from people who fear losing mental capacity due to dementia or other competence-eroding conditions.

The latter is popular among Canadians but is particularly complicated, in Green's view. In the book, she notes that people often say they'd like to be able to spell out in advance the conditions under which they would want an assisted death — for instance, when they no longer recognize family members.

But she asks, would the condition be met the first time a patient fails to recognize a family member? "The second time? When it's consistent? Over how long a time period?"

She also questioned: Who decides when the condition has been met? And what if that patient seems to be living comfortably in a specialized care facility, getting enjoyment out of small things even if they are no longer the person they once were?

"Who's suffering should we take into account? The person who was or the person who now is? It's simply not so simple."

Thank you for this article and I look forward to reading the book. My friend used MAID a year ago and it was a very positive experience for those close to him. He had suffered from cancer in the spine, with incredible pain and physical limitations, for many years. He didn't use MAID until almost 2 years after he qualified for it. But knowing he could use MAID if his suffering became too intolerable gave him great relief, and he was able to live those last months with more peace. And he had a tremendous will to live!

The doctor and nurse who administered MAID were very sensitive to his and our needs. My friend was able to die with dignity.

As the article states, there are some situations, such as extreme mental illness, which will be harder to regulate. And I don't know whether or not people with dementia/ Alzheimer's should be able to give advanced directives to use MAID. There are lots of grey areas, which bring up lots of ethical considerations. However, in the case of my friend, it was pretty straightforward. I'm so thankful MAID exists in Canada and thank you Dr. Green for writing this book.

A few years ago - at the age

A few years ago - at the age of 74 I contracted pneumonia that morphed into something life threatening. By the time I arrived at the emergency dept of my local hospital I was non-responsive. What follows is the account given me by my son - as I was not aware of what was going on. I was kept in the ER for at least 2 days and the only treatment offered was a saline drip. Meals were delivered to my bedside which I did not eat. My son, about to leave for his work in the US, desperate to do something or learn what was being done, raised a ruckus with the ER staff. Apparently, on admission he was asked if I had a DNR directive, which I did.

Nothing further was said about it - but apparently the staff were waiting for me to die. When this was made clear to him he blew up and told them I was NOT chronically non-responsive that only a few days earlier I had been behaving normally, driving myself around, etc. His ranting attracted the attention of a new doctor recently appointed to the ER who immediately went into action. Apparently they were waiting for the results of bloodwork tests but there was no urgency attached to this. The Dr. lit a fire somewhere and it turned out that the pneumonia had turned septic and my organs were in the process of shutting down. A barrage of medications were applied, replacing the saline drip and a bed was finally found for me in an ICU unit. It took more than 10 days for me to regain consciousness and another 2 weeks of rehab to regain the ability to walk. Otherwise I was lucky and suffered only a few minor permanent deficits from the sepsis.

Only much later did I read an article that said DNR directives could, too often, be a snare and delusion, giving medical care givers license to ignore a patient.

I mention this because it is part and parcel of the end-of-life care dilemma - an unexpected, at least to me, hazard of doing the responsible thing in including a DNR in my power of attorney document. I am a supporter of Dying with Dignity and applaud all medical workers who participate in this process.

On the other hand, medical neglect is also a problem when one is "aged". My recommendation is that those who are aging should make the effort to cultivate a family member or friend who can be an advocate for oneself, if ever something similar should happen to you.