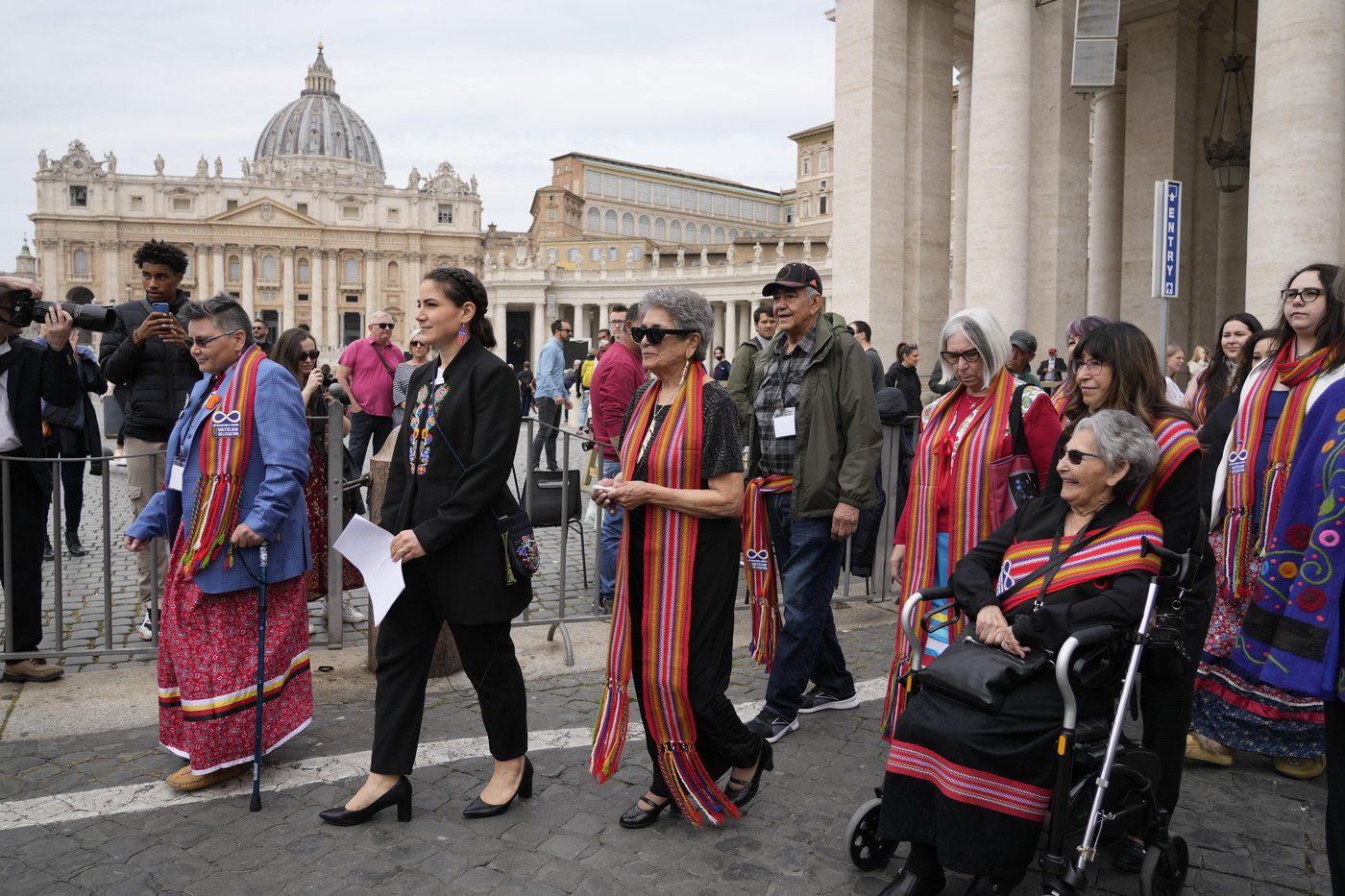 President of the Metis community, Cassidy Caron, second from left, and other delegates arrive to speak to the media in St. Peter's Square after their meeting with Pope Francis at the Vatican on March 28, 2022. Photo by The Associated Press/Gregorio Borgia
Previous story

Indigenous delegates who have travelled to Rome to meet with Pope Francis are to get a private tour of the Vatican Museums today.

The ethnological museum includes the Vatican’s collection of Indigenous artifacts, some which have not been seen publicly.

Indigenous curators and experts have said they have been unable to get access to the unknown number of objects in the Roman Catholic Church’s possession.

Métis National Council president Cassidy Caron says she expects not only an apology — but access to the objects.

She says they are important parts of Métis history.

Much of the Vatican’s current collection is from a former pope who decided to hold a world exposition in 1925.

A message went out at that time to missionaries around the globe to send items. More than 100,000 objects and works of art were displayed.

The Vatican says parts of its collection were gifts to popes and the Catholic Church. In 2019, the Pope committed to putting many more objects on display, including those of Indigenous people.

The collection in the Anima Mundi Ethnological Museum is known to contain masks, wampum belts, pipes and rugs, as well as other items from Indigenous communities in North America.

Indigenous experts have said they don’t have details of the items that have been identified or any idea of how many remain unknown.

Many objects were taken after the Canadian government outlawed cultural practices through the Indian Act in 1876. Ceremonial items and other important objects were seized, then sold, given to museums or destroyed.

Métis and Inuit delegates met with Pope Francis on Monday. Delegates from both groups said they asked for an apology for the Roman Catholic Church’s role in residential schools in Canada.

Caron said, along with any apology, what is needed is access to residential school documents and the objects in the Vatican’s collection.

“Those artifacts tell a story about our communities. Those are our history,” she said. “We’ve heard from our survivors that many of them need that to go forward.”

This report by The Canadian Press was first published March 29, 2022.