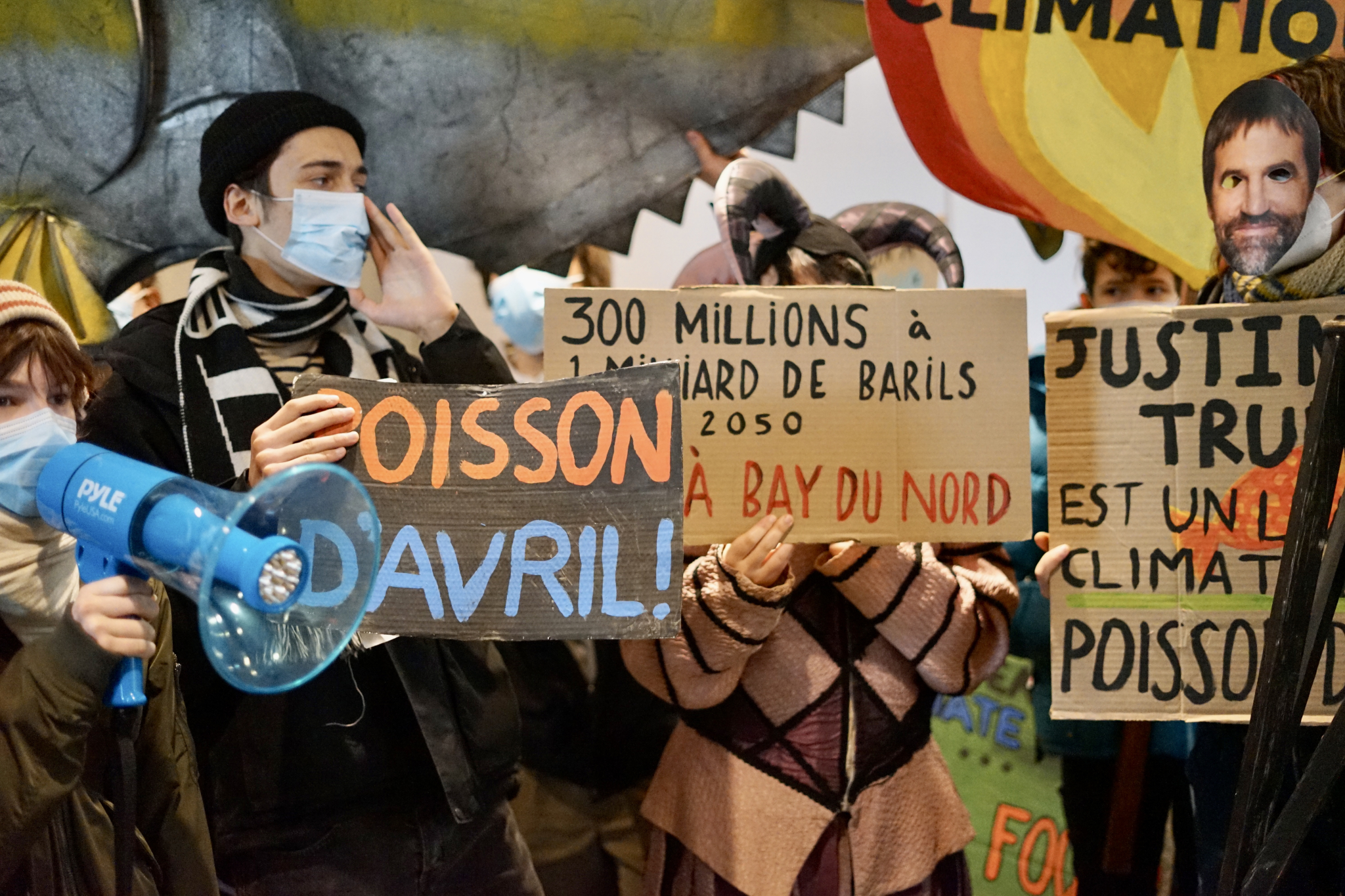 The group of around 15 young activists then joined a larger march through Montréal calling for Steven Guilbeault and the rest of the federal Liberal cabinet to reject a bid by Norwegian energy giant Equinor and local partner Husky Energy to drill for oil around 500 kilometres off Canada’s East Coast.

“We disrupted the conference. It was kind of an April Fool's prank, to send a message that Steven Guilbeault has to say no to Bay du Nord,” said Shirley Barnea, a spokesperson for Pour le Futur Montréal, which planned the protest with La CEVES, a coalition of student climate activists.

“The science is clear that if we want to actually attain our climate targets, we can’t be investing in new oil and gas projects,” the 17-year-old Grade 12 student said.

Guilbeault, a former climate activist himself, spoke with Barnea and another representative of the group after their protest saying he understood their concerns but that a decision was still to be made.

On March 4, the federal government gave itself 40 more days to decide whether to approve the project, which includes the creation of a floating oil production station and drilling of up to 40 wells in the Flemish Pass Basin. If approved, it would become Canada’s first deep-water drilling site.

The Montreal student groups resumed their weekly climate strikes a couple of weeks ago, including as part of a global day of action last Friday, after the major disruption of momentum caused by the COVID-19 pandemic. They plan another for next Friday as well.

“That’s our last chance before the decision is made,” Barnea said.

“If they approve Bay du Nord, it’s a huge step backwards,” she said, noting that Canada hasn’t met any of its previous climate targets.

If built, the project could extract up to one billion barrels of oil, the Sierra Club Canada said, in direct opposition to recommendations in the International Energy Agency’s (IEA) Roadmap to Net Zero and 1.5°C World Energy Outlook.

Expanding Canada’s oil and gas production would also make the targets in Canada’s new emissions reduction plan impossible to achieve, according to an analysis from the Canadian Centre for Policy Alternatives published in June last year.