Why we need to decolonize the search for extraterrestrial life 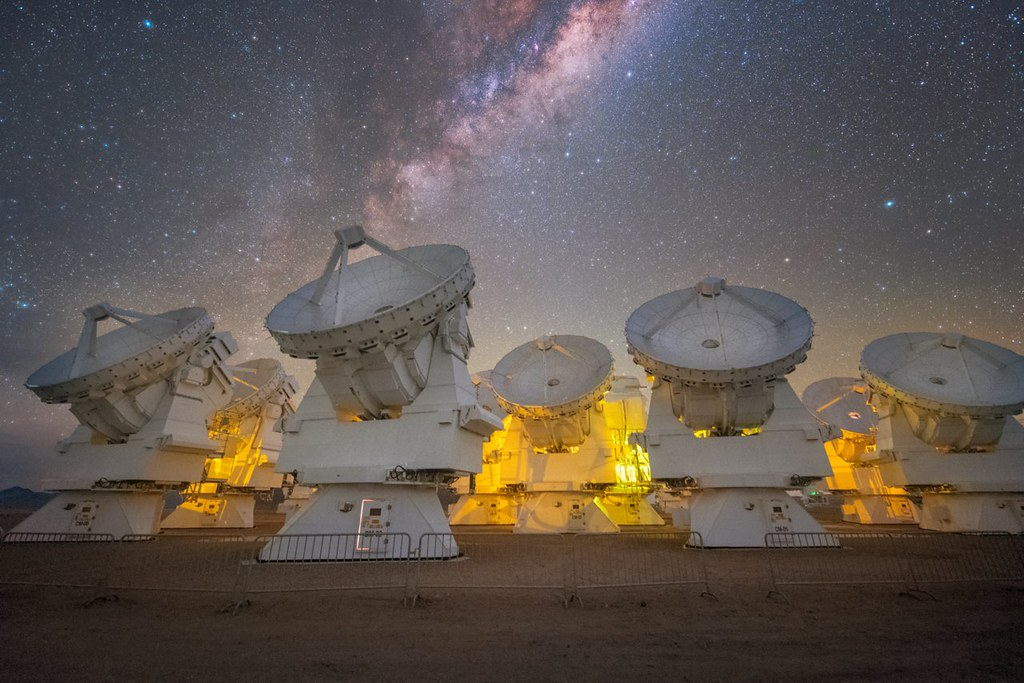 In his 1962 moon speech, then-president John F. Kennedy declared that the United States would put a man on the moon by the end of the decade. Speaking from a football stadium at Rice University, Kennedy adopted the language of the Wild West to describe Houston, Texas, the seat of the country’s fledgling human spaceflight operations: “What was once the furthest outpost on the old frontier of the West will be the furthest outpost on the new frontier of science and space.”

Kennedy’s speech and his characterization of space as a new frontier shaped the rhetoric of space exploration for decades to come. As recently as 2020, former president Donald J. Trump invoked the expansion of national boundaries when he referenced the Artemis program in his State of the Union address: “Now we must embrace the next frontier, America’s manifest destiny in the stars.”

Such rhetoric has recently come under scrutiny by historians and Indigenous scholars who say that conceptions of outer space have long been rooted in colonialism. The term “manifest destiny,” for example, was coined in 1845 by a journalist arguing for the inevitable expansion of the U.S. across North America — an effort that ultimately resulted in the death and forced migration of tens of thousands of Native Americans, if not more.

The language of expansion, frontiers and conquest reflects a long history of settlers taking Indigenous land and trying to eliminate Indigenous cultures; therefore, these scholars say, this rhetoric and way of thinking should be scrutinized when applied to efforts to reach outer space.

In 2018, a group of Indigenous studies scholars shared this view with the Berkeley SETI Research Center. The organization’s Breakthrough Listen Initiative had invited the scholars to talk at an event exploring diverse perspectives on the search for extraterrestrial intelligence, a practice commonly called SETI. According to Kim TallBear, a Native studies professor at the University of Alberta and part of the working group, some of the SETI researchers were dismissive, even carrying on their own conversations during the scholars’ presentation. “It’s really unclear why we were invited in the first place,” TallBear said.

Researchers from Berkeley’s SETI organization and Breakthrough Listen did not respond to multiple requests for comment. The SETI Institute, a large non-profit research organization, declined to comment. In an email to Undark, Rebecca McDonald, the institute’s director of communications, wrote that “while we appreciate the importance of this topic, it’s not an area where we have particular expertise.”

TallBear went on to co-edit a special SETI-themed issue of the American Indian Culture and Research Journal, published in December. The goal, the editors wrote, was to highlight what Indigenous worldviews can bring to space exploration, including perspectives on the history of science, first contacts with new cultures, environmental sustainability and ethics.

Space exploration organizations may be starting to heed these calls. NASA, for example, has initiated a number of efforts to engage Indigenous communities. In 2020, a white paper penned by Matthew Tiscareno, a research scientist with the SETI Institute, and other experts in the field, called for the inclusion of Indigenous perspectives in planetary nomenclature and outlined previous efforts to engage with Indigenous peoples.

However, the document also notes that work in the field needs to continue — a view other scholars hold as well. “SETI-affiliated voices are literally working on a scale of planetary contact,” said David Delgado Shorter, the other co-editor of the special issue and a professor of world arts and cultures/dance at the University of California, Los Angeles. These researchers, more than any others, should be willing to tackle “issues of equity, inclusion and diversity,” he said, “because they’re allegedly representing humanity.”

Scholars are calling for greater engagement with Indigenous communities in the search for life on other planets. #ExtraterrestrialLife #ET #Indigenous #Space

Colonial language and thought have influenced SETI and science writ large, said Rebecca Charbonneau, a historian at the Harvard-Smithsonian Center for Astrophysics. During Europe’s Scientific Revolution, the philosopher Francis Bacon described nature as something to be subjugated, she said: “A thing for mankind, in his words, to control. And that’s kind of formed the basis for the way we think about science.”

The Scientific Revolution made it easier for Europeans to travel the globe, thanks to new navigational tools, and advances in science and medicine were used to justify colonialism because, from a European perspective, they improved the quality of life for all. Some of these aged worldviews are still present in today’s efforts to explore space. For example, much as Bacon thought that all successful nations need to be expansionist, Charbonneau said SETI researchers often assume that any intelligent life on other planets will also develop technology and seek to colonize other places.

SETI’s roots can be traced back to 1959, when physicists Giuseppe Cocconi and Philip Morrison published a paper in the journal Nature proposing that two far-flung civilizations could communicate by transmitting and receiving electromagnetic radiation — which includes light and radio waves. Radio astronomy, one of SETI’s core technologies, allows humans to do that, though so far no one out there has been answering.

Radio astronomy grew out of military infrastructure built before and during the Second World War with the invention of radar, which uses radio waves to determine an object’s distance, angle and velocity. The technology continued to advance throughout the Cold War, and during this time, several facilities were built on land that was once populated by, or otherwise important to, Indigenous peoples, Charbonneau said.

A prominent example is the now collapsed Arecibo Observatory in Puerto Rico, an island that was Indigenous land prior to Spanish colonization. The U.S. military helped fund the observatory’s development, and in 1974, scientists used its equipment to transmit a simple graphical message into space. By 1993, data gathered from the observatory helped garner a Nobel Prize. “I see SETI as, in part, being able to be developed at all because of the U.S. investment — and the Soviet investment to a lesser extent — in equipment for the Cold War,” Charbonneau said.

Watch the collapse of the Arecibo Observatory in Puerto Rico after one of the main cables holding the receiver broke.

The construction of the Thirty Meter Telescope atop Mauna Kea, the largest mountain in Hawaii, offers a more recent example. Mauna Kea is on public lands held by the state and already hosts several telescopes. But the mountain is sacred to some Native Hawaiians who have protested the new construction in an effort to preserve the mountain’s integrity as a spiritual space and to prevent further environmental degradation. (In Hawaii, there was some Indigenous support for the new telescope, and in Puerto Rico, the Arecibo Observatory was a point of pride for some.)

Indigenous land is often located in remote areas, where limited light pollution and radio frequency interference enable telescopes to obtain better data, Charbonneau wrote in an email to Undark. And because Indigenous people didn’t hold much political sway, she wrote, it has been easier for the U.S. government to acquire large swaths of their land.

Other trappings of colonialism have ended up in modern space exploration. Amazon founder Jeff Bezos wore a cowboy hat before his spaceflight, for example. In all, if anyone out there is looking, said Shorter, humanity isn’t necessarily putting its best foot forward.

Embedded within the colonialist mindset is the notion that everything is a resource to be exploited or extracted, said Margaret Huettl, a scholar of Native American history at the University of Nebraska-Lincoln. This perspective, she said, has had devastating consequences for humans and for the planet. According to Huettl, many Indigenous groups are more closely attuned to the relationships between humans, animals, plants, rivers, and the land. SETI researchers could benefit from considering a pair of pressing questions: “How have we treated the planet on which we live now?” asks Huettl. “Will we behave the same way in a different, an extraterrestrial, place?”

According to Shorter, if humanity only views other planets as potential resources, science could miss out on deeper levels of understanding, such as the recent discovery that forests on Earth think or communicate. SETI researchers might also miss the presence of intelligent alien species if they assume that such species would necessarily prioritize technological advancement, Shorter said.

A 2009 paper provides some support for Shorter’s view. A pair of Penn State scientists addressed the question of why humanity hasn’t made contact with intelligent life in outer space, despite the raw number of potentially habitable planets. The researchers posited that as a species gets more advanced, it tries to be more resource conservative and more sustainable, thus putting less effort into finding others and expanding to other planets.

SETI researchers are, by and large, unfamiliar with Indigenous worldviews, Shorter wrote in the SETI-themed special issue. Jason Wright, a professor of astronomy and astrophysics and director of the Penn State Extraterrestrial Intelligence Center, said he agrees with Shorter. Many space researchers stick to STEM fields, with few taking courses in fields relating to Indigenous peoples. “Very few of us have any of those backgrounds at all,” he said, adding that he has read the special issue, and it is a valuable text that those working in his field should take to heart.

Now that he’s aware of these issues, he can better avoid biases in the field, Wright said. Right now, it’s difficult to say how humanity will interact with extraterrestrials. But Wright noted that Indigenous perspectives challenge Western assumptions about how humanity will handle first contact with another civilization.

Huettl said that “from a young age, Indigenous students are taught that their perspectives are not valid” in classrooms. This, in turn, pushes them away from STEM fields. If education systems were to include some Indigenous knowledge, scientists from Indigenous groups might be better positioned to influence the conversation. Additionally, she said that the stories western countries tell about the exploration of the Earth need to change.

“I think if we tell more honest histories about colonialism and colonial exploitation on Earth,” she said, “those stories may help us rethink where we are going in the future.”