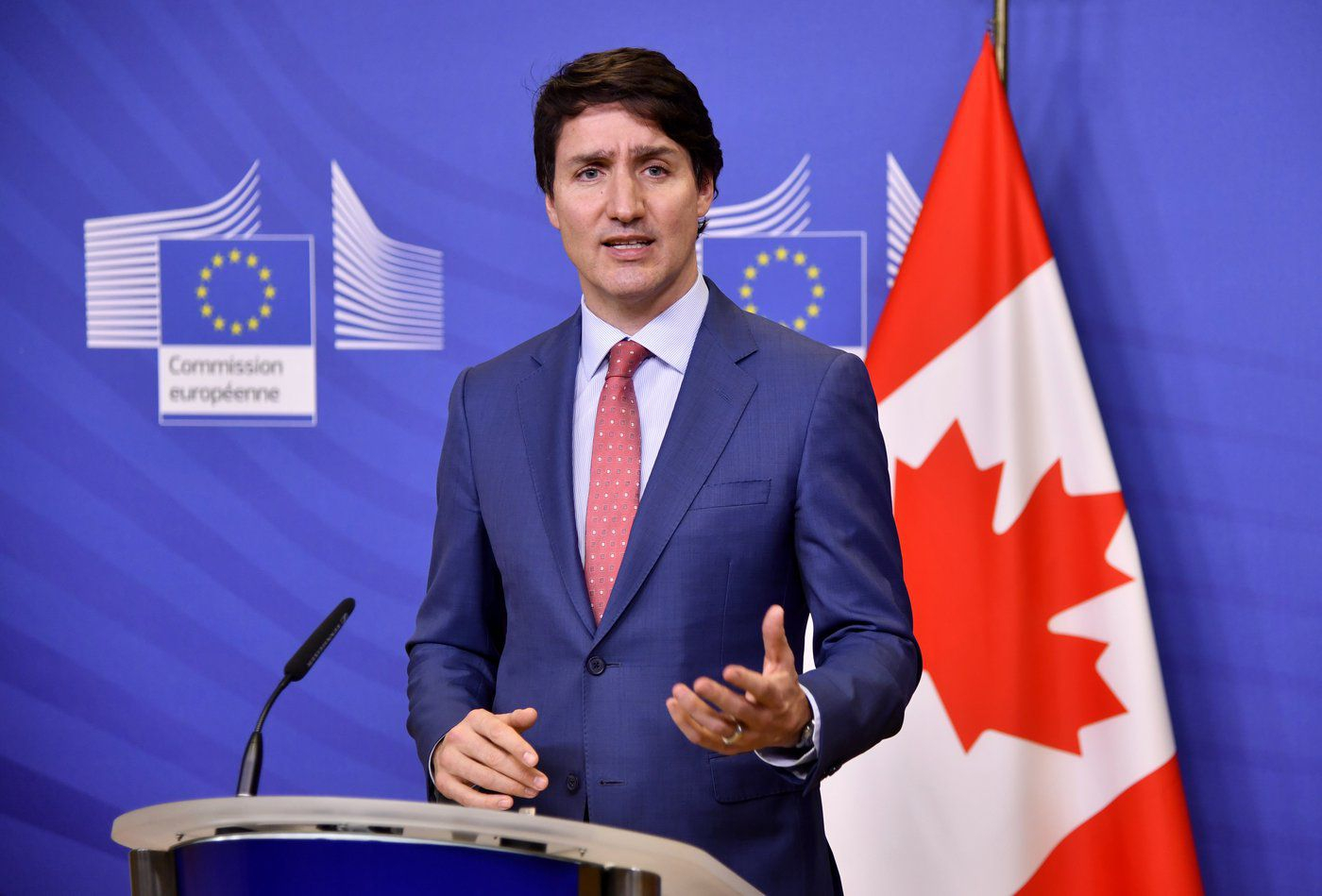 Prime Minister Justin Trudeau has weighed in on growing calls to declare Russia's actions in Ukraine as genocide, saying it is "absolutely right" that the term is being used given rampant allegations of war crimes and other human rights violations.

Trudeau made the comments during a news conference in Laval, Que., on Wednesday, after U.S. President Joe Biden told reporters the previous day that Russia's conduct in Ukraine appeared to his eyes to be a genocide.

While both North American leaders said it will be up to lawyers to determine whether Russia's actions meet the international standard for genocide, they were nonetheless united in welcoming use of the term.

"As President Biden highlighted, there are official processes around determinations of genocide," Trudeau said. "But I think it's absolutely right that more and more people be talking and using the word 'genocide' in terms of what Russia is doing."

The prime minister went on to list a series of war crimes and human rights violations allegedly perpetrated by Russian forces under the direction of President Vladimir Putin, including deliberate attacks on civilians and the use of sexual violence.

He went on to say that Canada has dispatched RCMP investigators to help the International Criminal Court collect evidence to ultimately hold Putin and other Russian leaders to account.

Biden last week had stopped short of saying Russia's actions amounted to genocide, but reversed course in a speech on Tuesday.

"Yes, I called it genocide," he told reporters in Iowa shortly before boarding Air Force 1 to return to Washington. "It's become clearer and clearer that Putin is just trying to wipe out the idea of even being a Ukrainian."

The U.S. president said it would be up to lawyers to decide if Russia's conduct met the international standard for genocide, as Ukrainian officials have claimed, but added, "it sure seems that way to me."

"More evidence is coming out literally of the horrible things that the Russians have done in Ukraine, and we’re only going to learn more and more about the devastation and let the lawyers decide internationally whether or not it qualifies," he said.

A United Nations treaty, to which Canada and the U.S. are parties, defines genocide as actions taken with the "intent to destroy, in whole or in part, a national, ethnic, racial or religious group."

Canadian experts were united Wednesday in their belief that Russia’s actions do qualify as genocide given public comments from Putin and other Russian leaders denying the existence of a Ukrainian culture and identity.

Yet world leaders have often dodged formally declaring bloody campaigns such as Russia's invasion of Ukraine as genocide, hesitating to trigger an obligation that requires countries to intervene once genocide is formally identified.

In 1994, that obligation was seen as blocking former U.S. president Bill Clinton from declaring Rwandan Hutus' killing of 800,000 ethnic Tutsis as a genocide.

Kyle Matthews, executive director of the Montreal Institute for Genocide and Human Rights Studies at Concordia University, said there remains a debate around whether a formal legal finding of genocide is required for intervention or not.

“Some legal scholars will want to say: ‘It has to go through a legal process,’” Matthews said. “Others will say: ‘No, actually, if there are certain things that we're seeing … then we can consider it as possible genocide and we must take action to at least halt that.”

Even then, the exact action remains undefined.

University of Ottawa professor Errol Mendes, who previously served as a lawyer at the International Criminal Court, suggested talk of genocide could be used to justify further actions to punish and isolate Russia and additional support to Ukraine.

That includes further bans on the purchase of Russian oil and gas, particularly in places like Germany, Mendes said, and the provision of additional heavy weapons to the Ukrainian military.

“There's a lot of questions that should be asked now by the leaders who are willing to use the word genocide,” he said. “And you can’t just say ‘genocide’ without doing anything further.”

The U.S. last year formally accused the Chinese government of genocide in its treatment of Uyghurs and other ethnic and religious minorities, which has led to a series of American sanctions against Beijing.

While Trudeau and his cabinet abstained from a House of Commons motion along the same lines in February 2021, Matthews noted the abstentions coincided with efforts to free two Canadians who had been detained by China. They were later freed.

Biden's allegations that Russia’s actions in Ukraine appear to constitute genocide have drawn praise from Ukrainian President Volodymyr Zelenskyy, who had encouraged Western leaders to use the term to describe Russia's invasion of his country.

"True words of a true leader," he tweeted Tuesday. "Calling things by their names is essential to stand up to evil. We are grateful for U.S. assistance provided so far and we urgently need more heavy weapons to prevent further Russian atrocities."

True words of a true leader @POTUS. Calling things by their names is essential to stand up to evil. We are grateful for US assistance provided so far and we urgently need more heavy weapons to prevent further Russian atrocities.

"I am prudent with terms today," Macron said. "Genocide has a meaning. … I look at the facts, and I want to continue to try the utmost to be able to stop the war and restore peace. I'm not sure if the escalation of words serves our cause."

Macron added that it's been established the Russian army has committed war crimes in Ukraine.

Russia, meanwhile, announced new sanctions Wednesday against 87 Canadian senators, banning them from being able to enter the country, in an apparent tit-for-tat retaliation after Canada took aim at Russian senators last month.

Welcome to dumbest COVID wave yet