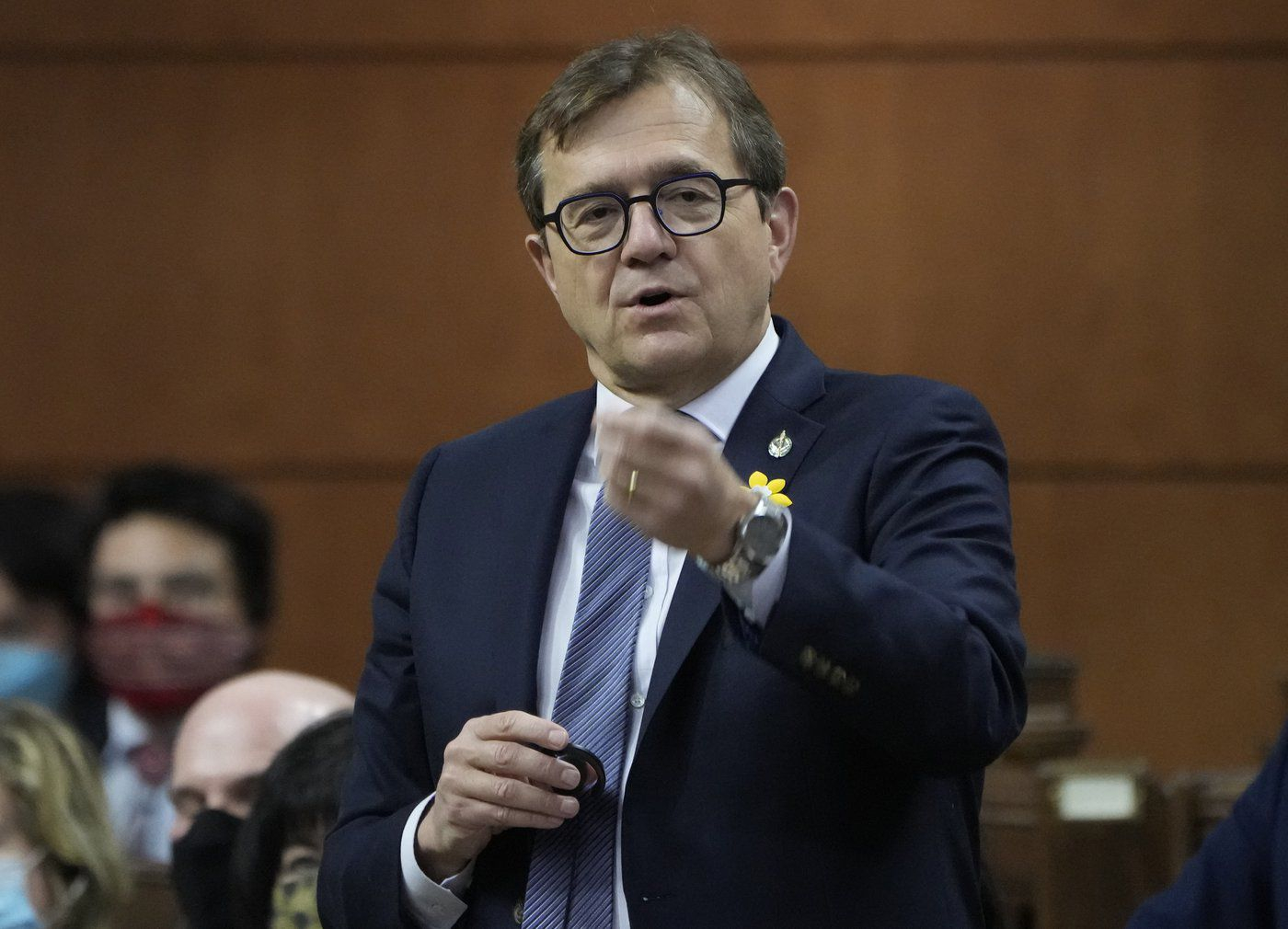 The federal natural resources minister said Tuesday that concerns from the auditor general’s office about government plans to move to a more hydrogen-powered economy don’t mean the goals aren’t achievable.

But Jonathan Wilkinson acknowledged Ottawa has much work to do to bring the provinces along with the government’s emissions reduction plan. And he said the federal government is prepared to move on its own, with measures such as bringing in a supply mandate for electric vehicles.

"We think it’s feasible," he said in Edmonton, where he was attending a conference on hydrogen power.

"We will be launching a process with the provinces over the next several weeks to align on some of these economic issues."

On Tuesday, the Commissioner of the Environment and Sustainable Development – part of the auditor general’s office – released a series of reports evaluating the Liberal government’s approach to reducing greenhouse gas emissions.

The commissioner questioned government projections that hydrogen could cut up to 45 megatonnes of carbon dioxide by 2030. The report says Natural Resources Canada's estimates are founded on doubtful cost estimates and depend on legislation that doesn’t exist yet, or at least isn’t consistent across the country.

The government plan, for example, assumes electric vehicle supply mandates will be in place everywhere. Only British Columbia and Quebec have rules to ensure vehicle dealerships have zero-emission cars and trucks in stock.

The commissioner's report also points out that there’s no regulation or rule forcing natural gas suppliers to blend in hydrogen, on which the reduction plan counts heavily.

But Wilkinson said his department's estimates are based on what's possible.

Separate modelling conducted by Environment and Climate Change Canada, on which the emissions reduction plan is based, uses more conservative assumptions.

"(The estimates) were intended for two different purposes," Wilkinson said.

Commissioner Jerry DeMarco said even Environment Canada’s prediction of a 15-megatonne reduction from hydrogen is a stretch.

But he acknowledged the figures from Wilkinson’s department were intended to show what could be done.

"The strategy is overly optimistic, but it actually is looking at what needs to be done. Our criticism is that you can't just assume that those changes are going to happen.

"(The government) could be right that this transformative scenario will happen, but they’ve got to actually put in place the programs."

We’re working on it, Wilkinson said.

"There are some issues where you work with the provinces and (carbon capture) is part of that. There are some things the federal government can do on its own."

Expect a supply mandate – where manufacturers are required to have a certain number of electric vehicles for sale – in the coming weeks, he said.

"We will be bringing that into place at a national level and auto manufacturers that supply every province will have to comply with that."

Such measures in B.C. and Quebec already contribute to the higher level of zero-emission vehicles purchased in those provinces, Wilkinson said.

Wilkinson said the price gap between natural gas and hydrogen will be narrowed through a combination of carbon taxes, industry commitments and new technology. He said a U.S. program, with which Canada is working, aims to bring the price of hydrogen down to $2 a kilogram by 2030 — a narrow enough gap to close with carbon pricing.

"But all you need to do is go to (Tuesday's) hydrogen conference and see how many of the large corporate players are here talking about projects they're already investing in."

Why is the Liberal Govt

Why is the Liberal Govt investing so heavily in white elephants like carbon capture, SMRs, and blue hydrogen? Expensive, inefficient technologies give us the smallest bang for our climate buck.
Because they perpetuate the fossil fuel industry and protect Big Bank profits.

"Carbon Capture Takes Center Stage, But Is Its Promise an Illusion?
"In a major win for oil, coal, utilities and other industries, the federal government is poised to make its largest investment ever—more than $12 billion from last year's infrastructure bill—in technologies that capture CO2 from smokestack emissions or straight from the air.
"'… The Biden administration is really doubling down on the fossil economy and the false solutions that are entrenching that fossil economy in the name of addressing the climate crisis,' said Carroll Muffett, chief executive of the Center for Int'l Environmental Law, a nonprofit advocacy group. 'I think that is a really significant failure of vision and failure of leadership.'
"The infrastructure bill, for example, will direct billions of dollars to producing electricity and hydrogen from fossil fuels paired with carbon capture and storage."
https://insideclimatenews.org/news/09032022/carbon-capture-and-storage-f...

"Blue" hydrogen perpetuates the fossil fuel industry and may generate even higher emissions:
"Biden-backed 'blue' hydrogen may pollute more than coal, study finds" (The Guardian, 12 Aug 2021)
https://www.theguardian.com/environment/2021/aug/12/clean-fuel-blue-hydr...
"Study finds large emissions from production of 'blue' hydrogen"
*
"The 'Big Lie' of Blue Hydrogen Starts With Ignoring Basic Economics" (Desmog)
https://www.desmog.com/2021/09/10/the-big-lie-of-blue-hydrogen-starts-wi...
*
"Chair of UK hydrogen body quits over support for fossil-fuel dependent 'blue hydrogen' championed by Tories" (The Independent, Aug 19, 2021)
https://www.independent.co.uk/climate-change/news/blue-hydrogen-associat...
"The chair of the UK Hydrogen and Fuel Cell Association (UK HFCA) has quit, saying he cannot support the body's support for so-called 'blue hydrogen', which scientists have warned could not only boost emissions of GHGs but also 'lock in' dependency on them.
"He described the technology as 'an expensive distraction' which could ultimately serve to undermine critical climate targets.
"'I believe passionately that I would be betraying future generations by remaining silent on that fact that blue hydrogen is at best an expensive distraction, and at worst a lock-in for continued fossil fuel use that guarantees we will fail to meet our decarbonisation goals.'
"His comments come after research released this month by academics at Cornell and Stanford universities warned that the blue hydrogen process could generate 20% more emissions over its life cycle than burning the natural gas in the first instance – and possibly even more."

Why bank on EVs instead of public transit?
Because car makers can make money by selling EVs, but public transit is a non-profit expense.

As the Environment Commissioner's audits show, the Liberal Govt is not even prepared to deliver on the white elephants its banking on.
A plan to fail.