For Jennifer Smith, climate action is a family affair 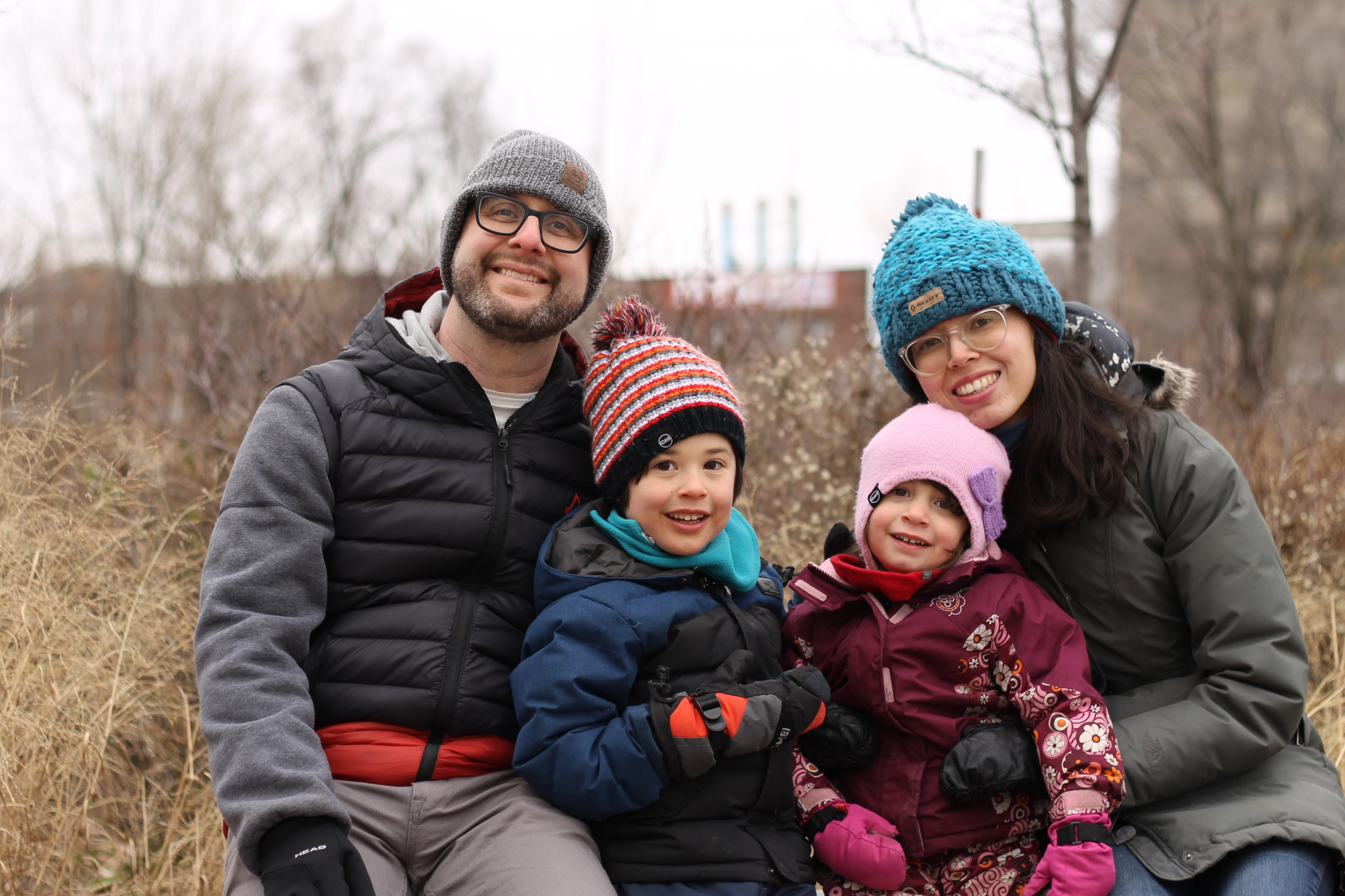 When Jennifer Smith was pregnant with her first child, she realized she would have to add “saving our planet” to the endless list every mother always has on the go. She helped found Pour nos enfants / For Our Kids Montréal, and now a core group of 30 moms and two dads remind decision-makers that a future for families is worth saving.

We formed just before the 2019 student-led Global Climate Strike in Montreal and participated in family-friendly sign-making, learning protest songs and walking as a group of families with all the bathroom stops that required. At the start of the 2020 Global Climate Strike in Montreal, we set out hundreds of children’s shoes to remind everyone of the stakes. We bring cookies and hot chocolate to support the brave young people at the weekly Fridays for Future student strikes.

Winning a safe future needs more than marching. We participate in public consultations and use petitions, open letters, emails and meetings to impress politicians with the urgency of real action to protect our kids’ futures. We persuaded the City of Montreal to sign on to the Fossil Fuel Non-Proliferation Treaty. After the House of Commons and the Senate heard from us as representatives of parents across the country, they strengthened Bill C-12 — the Canadian Net-Zero Emissions Accountability Act.

If we are going to build our movement, people have to feel they have agency. By holding family-friendly events, like planting pollinator gardens and trees, we help other families see that even small acts matter.

In 2014, I went to New York City for the People’s Climate March in the lead-up to the UN climate summit. Being with so many people from around the world demanding action brought the necessity of collective action home to me. Being there while carrying my unborn child, who would be of the generation that would be most impacted by the climate crisis, also brought home how urgent it was that we do something NOW.

Jennifer Smith helped found Pour nos enfants / For Our Kids Montréal, and now a core group of 30 moms and two dads remind decision-makers that a future for families is worth saving. #ClimateAction

As soon as I emerged from the stupor of early parenting, I began going to local climate marches but wanted so badly to do more. When another parent in an online group wondered if anyone else was concerned about the climate crisis, I responded immediately with a “Yes!” That led to the formation of Pour nos enfants / For Our Kids Montréal.

Is there something about the way you were raised that has affected you?

My immigrant mom worked endless overtime, sacrificing so much so my brother and I could participate in activities and go to university. I am now privileged to have a professional job and the security to devote my off-hours to the climate movement. My dad introduced me to nature, allowing me to see it as important to protect. He also took me to my first political rally, which was a powerful lesson in the importance of people coming together to make change.

What makes it hard?

We are mostly mothers. I’m not sure why more dads aren’t involved. It might be that it falls under the idea of “emotional labour” that women often take on more than men.

Perhaps it is akin to the many invisible tasks more women tend to take on to keep our families functioning, like remembering what each kid needs to bring to school or birthdays or playdates. Climate activism needs to get done, but any change feels incremental and the payoff isn’t immediate.

It is said that women already carry the weight of the world. We must carry this additional load because the future of our kids is at stake. My husband is very supportive. It would be wonderful if there were more dads sharing the load.

I am a mother. I don’t have the luxury of despair. It is essential to me that I am part of a bigger group. We share our grief and fear and turn that into hope by taking action.

When one of us needs to take a step back for whatever reason, we know that the rest of the group will step in to help out, and they will be there when we’re ready to jump back in.

The students who are out there week after week determined to prevent their future from being destroyed inspire all of us.

Have you got any advice for other young people?

Keep at it. If enough of us come together, we can turn the tide. Each voice makes us louder.

Take care of yourself. It is perfectly OK to step back for your own mental health and then jump back in when you’re ready.

Your grandchildren’s future depends on you taking action. Don’t let your perceived lack of expertise stop you. Politicians listen to you more closely than you might think. Make sure they know that they need to treat the climate crisis like an emergency to get your vote.