Jason Kenney speaks out against Line 5 shutdown at Capitol Hill 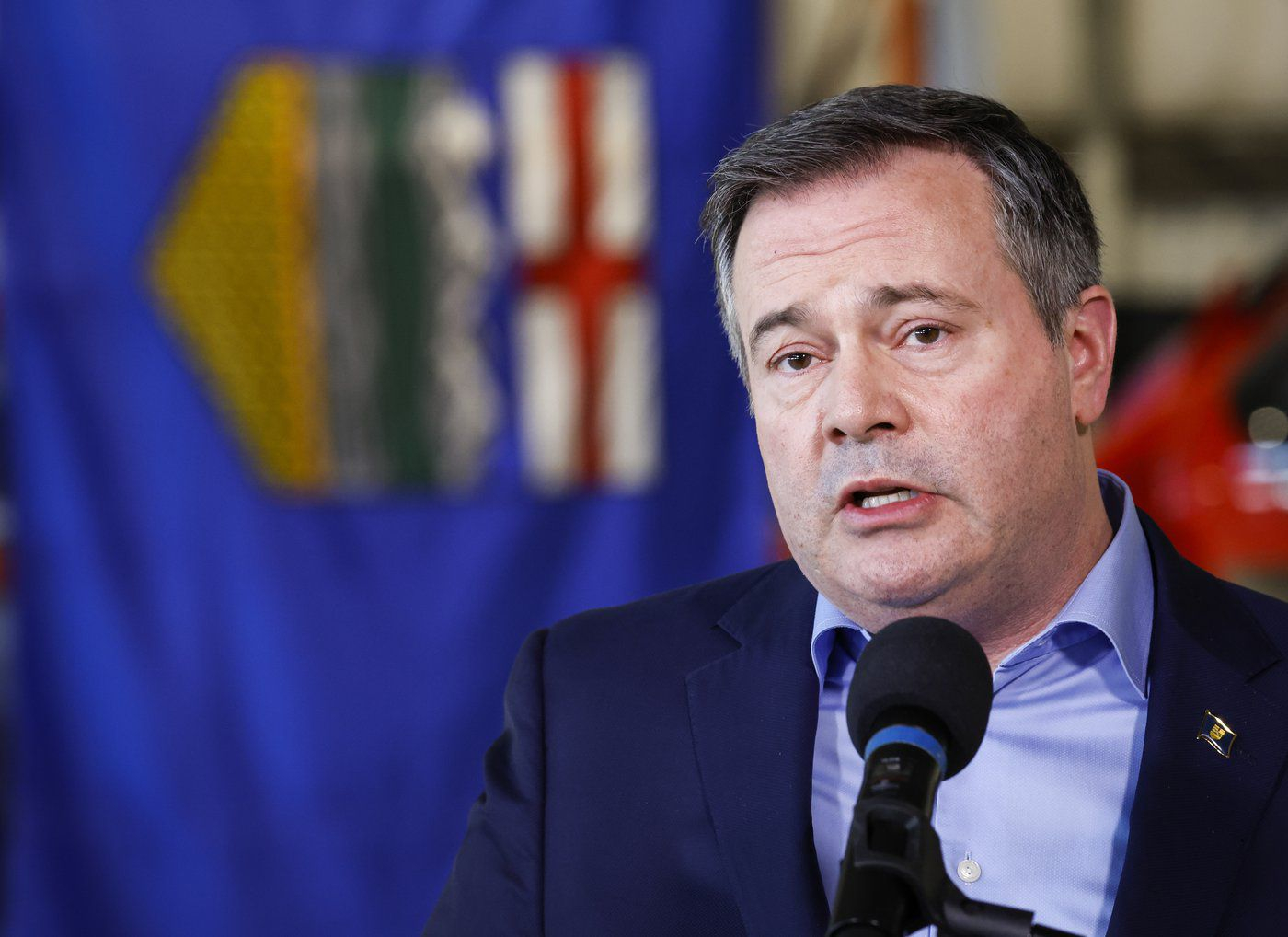 Jason Kenney speaks in Calgary, Alta., on Friday, March 25, 2022. The Alberta premier is urging the U.S. government to convince Michigan to abandon its legal campaign against the Line 5 pipeline. File photo by The Canadian Press/Jeff McIntosh
Previous story
Next story

Alberta Premier Jason Kenney found mostly allies Tuesday as he brought his pro-pipeline pulpit to Capitol Hill, urging a largely Republican cadre of U.S. senators to get behind the idea of new cross-border energy conduits and to speak out in defence of Line 5.

Speaking to a Senate committee, a rarity for Canadian politicians, Kenney deployed a variety of adjectives to describe Alberta's exasperation with what he suggested was wilful White House blindness to the role his province could play in solving America's energy problems.

Existing cross-border pipelines have current additional capacity of about 300,000 barrels of oil per day, which will be filled by year-end, Kenney told the committee. Line reversals and other technical tweaks could add an additional 400,000 barrels.

And the controversial Trans Mountain line linking Edmonton with the B.C. coast, which the federal government had to buy outright in order to get it done, could generate an additional 600,000 barrels to be shipped south by tanker when it is ready by the end of next year, he said.

Alberta is already the largest single source of U.S. oil imports, Kenney added — nearly 1.4 billion barrels, some 60 per cent of the 2.4 billion barrels imported from foreign sources last year, 10 times what came in from Saudi Arabia and five times the level of imports from OPEC countries.

And yet, with gasoline prices spiking, Russian oil banned and demand soaring as fear over the COVID-19 pandemic fades, Alberta never got so much as a phone call from President Joe Biden's administration, Kenney said.

Energy producers in Alberta now adhere to "incredibly ambitious environmental and emissions targets," while the same can't be said about the bulk of state-owned enterprises operating in countries like Venezuela, he added.

"We probably end up, in a comparable sense, penalizing ourselves because we are so self-critical. We are so transparent," Kenney said. "I don't think we really know what the emissions profile is of energy being produced in Venezuela."

Kenney was joined virtually by Natural Resources Minister Jonathan Wilkinson, and in person by Nathalie Camden, Quebec's deputy minister of mines, and Electricity Canada president Francis Bradley, to talk about ways the two countries can team up on critical minerals.

Wilkinson pushed back, albeit diplomatically, against Kenney's suggestion that the U.S. hasn't come knocking on Canada's door.

"We have had ongoing conversations with the administration, and certainly I have spoken with (Energy) Secretary (Jennifer) Granholm many, many times since the invasion of Ukraine," he said.

Canada increased its output by 300,000 additional barrels a day in the wake of the invasion, in part as a result of those discussions, including meetings with U.S. officials at International Energy Agency meetings earlier this year in Paris, Wilkinson said.

"I was at the White House last week and I had similar conversations," he added.

The bulk of the senators who showed up for the hearing were from the Republican side of the aisle. Only a handful of Democrats, including Sen. Catherine Cortez Masto of Nevada and Colorado Sen. John Hickenlooper, joined by Independent Sen. Angus King of Maine, made an appearance.

As a result, the panel faced mostly friendly questions, many of them framed around Biden's decision to cancel a presidential permit for the Keystone XL pipeline expansion, a Day 1 executive order that's haunting midterm-wary Democrats amid soaring prices at the pump.

Wyoming Sen. John Barrasso, the ranking Republican on the committee, promptly issued a news release after the hearing that showcased his rapid-fire, Biden-bashing lines of inquiry.

"Is it fair to say that President Biden's decision to kill the Keystone pipeline increased costs, harmed the environment and added to our supply chain troubles?" Barrasso asked.

Keystone XL, Kenney acknowledged, is "done and dusted" — but that's no reason the U.S. couldn't get behind a similar bilateral project, with plenty of buy-in from U.S. suppliers, stakeholders and Indigenous groups, to end once and for all the country's dependence on less-friendly producers.

"With political will from Washington, we could get another major pipeline built that would forever allow the United States to free itself from imports from hostile regimes," he said.

"The government of Alberta is keen to work with you and friends in the United States to get another major pipeline built to achieve the dream of North American energy independence and security."

Step 1, he added, should be to strenuously defend existing energy infrastructure, notably Line 5, the gas line between Alberta and Michigan that Gov. Gretchen Whitmer is trying to shut down to avoid an oil spill in the Straits of Mackinac, where it crosses the Great Lakes.

The White House has for months deflected questions on Line 5, insisting that it won't take a public position while the case is before the courts. But Ottawa and the U.S. State Department have been taking part in treaty negotiations, at Canada's insistence, in hopes of short-circuiting Whitmer's efforts.

"I don't think there should have to be negotiations," Kenney said. "The government of the United States should make it clear that it is contrary to the national interests of this country to shut down that project."

Kenney also endorsed the idea of prioritizing Canadian oil and gas under the U.S. Defense Production Act, the Korean War-era law that allows the president to require businesses to prioritize the manufacture, production and procurement of certain materials in times of crisis.

"The strategic decision to treat Canadian energy as though it were American energy … would send a hugely important signal to our companies, that there will be a future market here, that you're not hostile to Canadian energy."

This report by The Canadian Press was first published May 17, 2022.

Yeah, well, in other Kenney

Yeah, well, in other Kenney-boy news, he's stepped down as leader of the United Conservative Party, which presumably makes him not the premier any more. Don't let the door smack your butt on the way out. I just hope the leadership race to replace him is bitter and contentious and results in an unpopular new leader who will be incapable of beating Notley.
Not that I'm a fan of Notley, who's nearly as committed an oil booster as Kenney. But at least she wouldn't be committed to killing the province's health care and deep-sixing all attempts at economic diversification and so on and so forth.