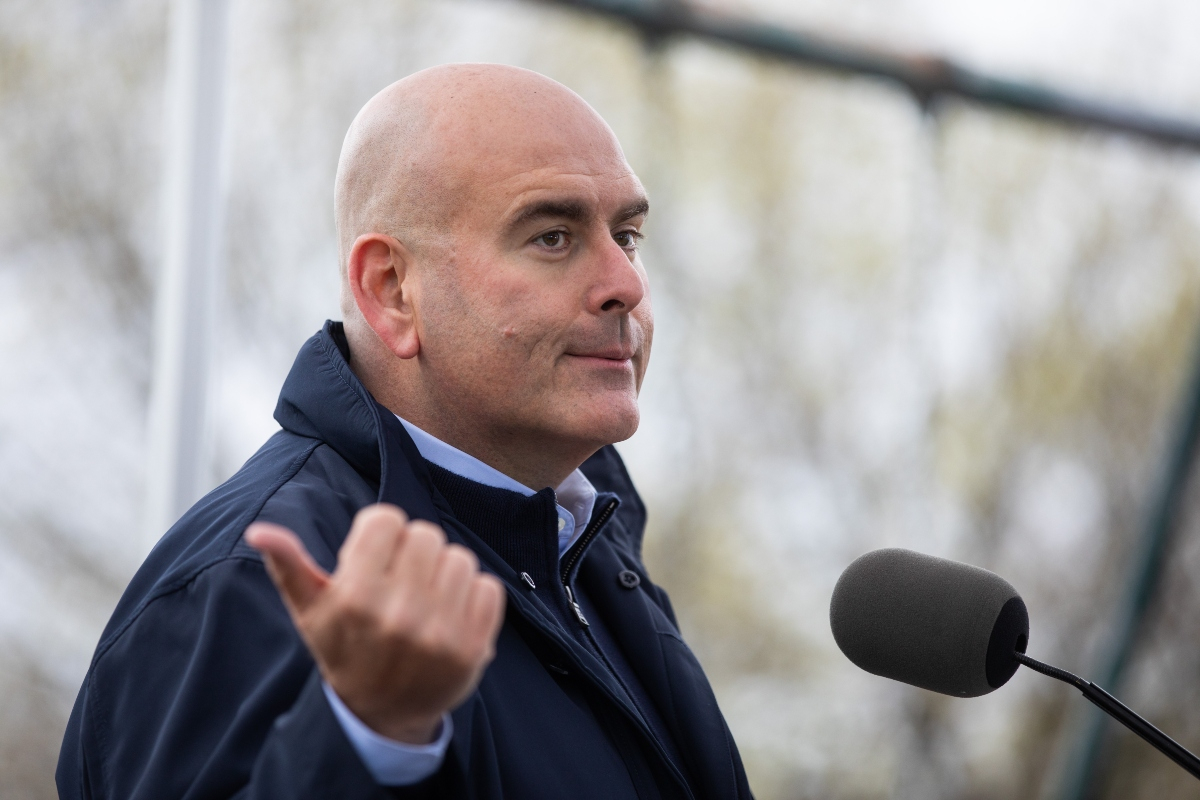 Steven Del Duca's Liberals have established themselves as the clear threat to Doug Ford and they now have three weeks to run him down, writes columnist Max Fawcett. Photo by Nick Iwanyshyn
Previous story

Political coverage is often criticized for focusing too much on the horse race aspects, and that’s especially true during an election campaign. But sometimes, a horse race is a perfect metaphor for politics.

Last week at the Kentucky Derby, an 80-1 long shot named Rich Strike moved from the back of the pack to win in one of the more astonishing races in history. Now, Steven Del Duca’s Liberals are trying to pull off the same sort of upset in the Ontario election — and they’re starting to build some momentum.

Like Rich Strike, Del Duca is a mostly unknown commodity trying to run down a much stronger pack. His party went into this campaign with just six seats, low levels of recognition among voters, and memories of the scandal-plagued Wynne/McGuinty government still fresh in people’s minds. But Nanos Research’s latest poll has his Liberals opening up a six-point gap on Andrea Horwath’s NDP, while Mainstreet released consecutive polls putting them with a five- and eight-point lead. Doug Ford’s Progressive Conservatives are still comfortably ahead, but they can surely feel Del Duca’s breath at their back.

This is exactly what Ford’s political brain trust should have been worried about heading into this election campaign. If the NDP and Liberals spend weeks jockeying for second place — the “progressive primary,” as strategist David Herle put it — it would consume valuable time and oxygen. Instead, the Liberals have established themselves as the clear threat to the front-runner, and they now have three weeks to run him down.

It won’t be easy. All of the recent polling still shows Ford’s PCs in the high 30s, which should translate to 60-plus seats — almost certainly enough to form government again. That helps explain the PC campaign’s strategy, which seems to revolve around keeping Ford out of the public eye and away from reporters and their prying questions. As TVO’s Steve Paikin wrote, “Ford is doing only one event per day, reading his announcements off a teleprompter, and taking only 10 minutes of questions from reporters. It’s a peek-a-boo campaign designed to provide as few opportunities to stumble as possible.” Case in point: after the recent debate in North Bay, Ford skipped out on the scrum with reporters.

Del Duca, on the other hand, is trying to win the election with a much different strategy: having good ideas.

The Ontario Liberal platform, released on Monday, includes a wide array of promises and pledges that target everything from health care and child care to tax policy and the provincial minimum wage. Their “buck-a-ride” transit promise applies Ford’s trademark language to a more pressing issue than cheap beer, while the commitment to restoring Grade 13 clearly targets parents who are understandably worried about COVID-19’s impact on their kids. If there’s a group of people not targeted by the platform and its many policies, it’s safe to assume it’s a small one.

The Ontario NDP is no slouch here, either. It has already released a fully-costed platform with some well-developed policies. But so far, Del Duca has managed to capture more of the media’s attention, thanks in part to his public speaking skills and his willingness to engage with reporters.

As CBC’s Mike Crawley noted in a piece about the recent debate in North Bay: “Unlike Ford, Del Duca never relies on a teleprompter and unlike Horwath, he shows zero verbal uncertainty when speaking about policies.”

The contrast between this blend of confidence and competence and Ford’s inability to deviate from scripted remarks couldn’t be much clearer. So, too, is the divide between Del Duca’s embrace of nuanced public policy and Ford’s obvious fear of it.

Opinion: Steven Del Duca's Liberals have established themselves as the clear threat to Doug Ford and they now have three weeks to run him down, writes columnist @maxfawcett. #OnPoli #OnElxn

The big question that will be answered on June 2 is whether that matters to Ontario voters or not. Do they want a government with well-considered policies and detailed plans to tackle the problems they face, or do they want a smile and a slogan from the incumbent party?

The answer will help determine the province’s future, for better or worse. But make no mistake: the candidate who was once a long shot is now making a clear charge to the front of the race.