Pandemic measures will remain at border for at least another month 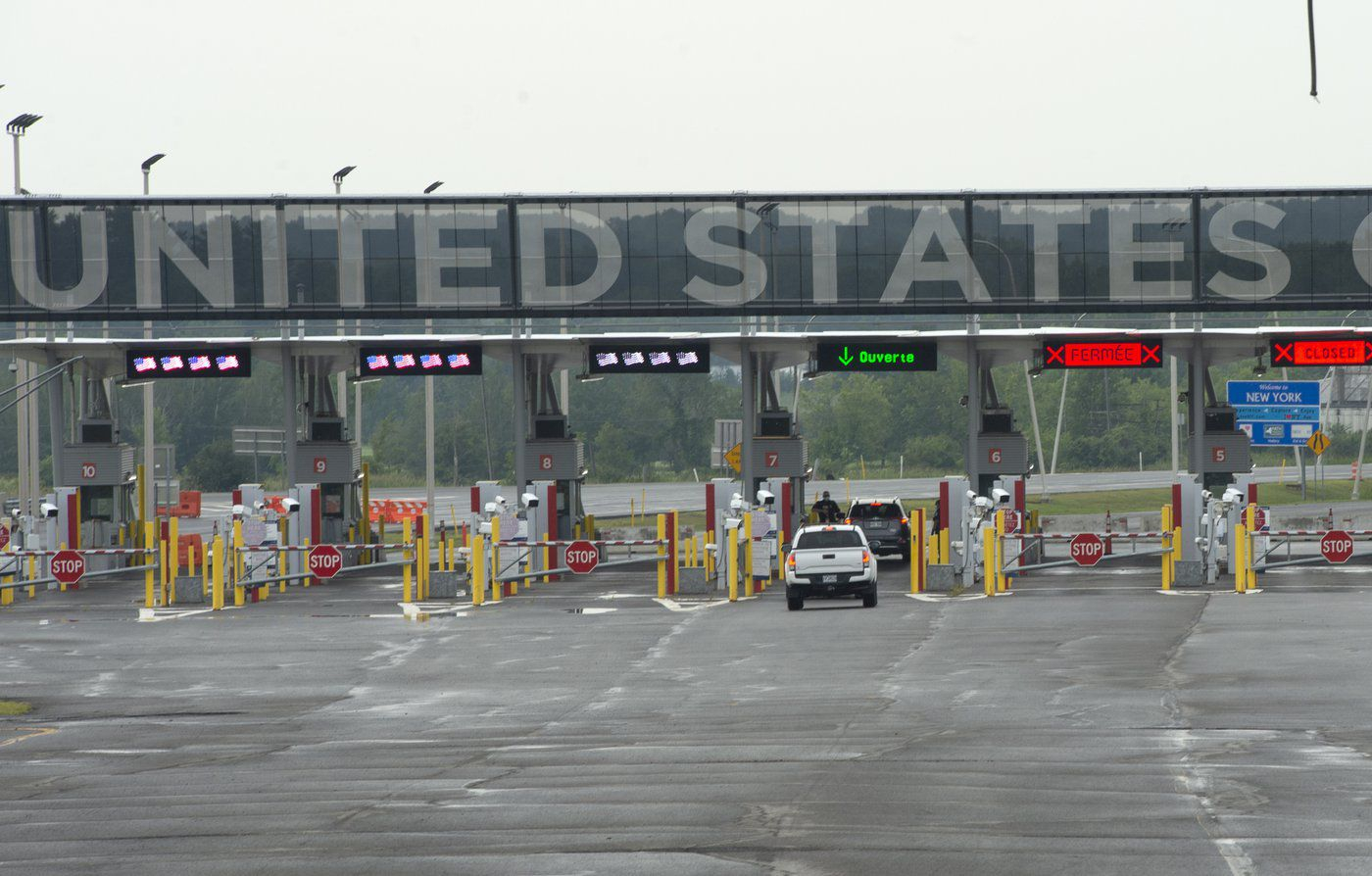 A car heads to the U.S. border crossing, on Monday, August 9, 2021 in Lacolle, Que., south of Montreal. File photo by The Canadian Press/Ryan Remiorz
Previous story

COVID-19 restrictions at the border will remain in place for at least another month, the Public Health Agency of Canada reported Tuesday.

The agency made the announcement on Twitter the day after Parliament voted down a Conservative motion to revert to pre-pandemic rules for travel.

Several pandemic restrictions are in place at Canadian airports and land borders, including vaccine mandates, random COVID-19 tests and the requirement that international travellers answer pandemic-related questions on the ArriveCan app. Travellers must also wear masks on planes and passenger trains.

The specific restrictions vary depending on travellers' age, citizenship and vaccination status.

Business groups and Conservative Opposition members have criticized the government's decision to maintain the restrictions, particularly at Canada's airports, as provincial restrictions have eased elsewhere in the country.

"Unfortunately, the NDP-Liberal government continues to cling to outdated and unnecessary protocols that are exacerbating delays," Conservative transport critic Melissa Lantsman said in a statement after her motion was defeated in the House Monday, referring to an agreement that means the NDP supports the Liberals on confidence votes.

The Canadian Airports Council has blamed massive customs delays across the country on the pandemic measures and insufficient staff. In some cases, the lineups are so long the airports can't physically contain them, so passengers are held in planes on the tarmac and let off in small groups.

"Industry experts from a wide range of disciplines are calling on the government to drop travel restrictions. These restrictions have many impacts on Canadian travel times, our economy, and the country’s international reputation," Lantsman said.

Transport Minister Omar Alghabra said Tuesday the COVID-19 public health measures at airports may have some impact on travel delays, but it's not the only reason. Some European airports with no COVID-19 restrictions are also dealing with delays, he said.

Pandemic measures to remain at #border for at least another month, #PHAC announces. #Covid19 #CDNPoli

"There's obviously a discussion to strike the right balance, to ensure that we maintain our eye on public health but also the fluidity of our economy," Alghabra said on his way into a cabinet meeting Tuesday. "That discussion is ongoing."

As for when the mandates will be lifted, Alghabra said he doesn't know but the government is consulting with experts and other jurisdictions.

Beaches-East York MP Nate Erskine-Smith, a maverick in the Liberal caucus, expressed concern Tuesday that the public hasn't been let in on those discussions.

"Nothing about the re-evaluation of travel-related measures has been transparent," Erskine-Smith said in a Twitter thread Tuesday about his decision to abstain from the Conservative motion.

He said there's been no adequate justification for the continued two-dose vaccine mandate, for example. Public health officials have said repeatedly since the Omicron variant hit in late 2021 that the virus was more adept at transmitting between vaccinated people than its predecessors.

Chief public health officer Dr. Theresa Tam has said that cabinet should re-evaluate the measure given that vaccines now provide less protection against transmission, and the government says those re-evaluations happen on an ongoing basis.

"If measures don’t accomplish any public good and they contribute to delays, then there’s good reason to eliminate them," Erskine-Smith said.

The NDP haven't blamed airport delays on public health restrictions, but say the government needs to sort out the long delays, missed flights and confusion at the airports. NDP transport critic Taylor Bachrach pointed to the work conditions and poor compensation offered to screening officers and other airport workers as a factor in slowing down customs lineups.

"The minister must address these factors immediately as part of getting Canada’s airports back to full function," he said in a statement Tuesday.

This report by The Canadian Press was first published May 31, 2022.