Oil, anti-Indigenous biases and the conduct of officers of the court 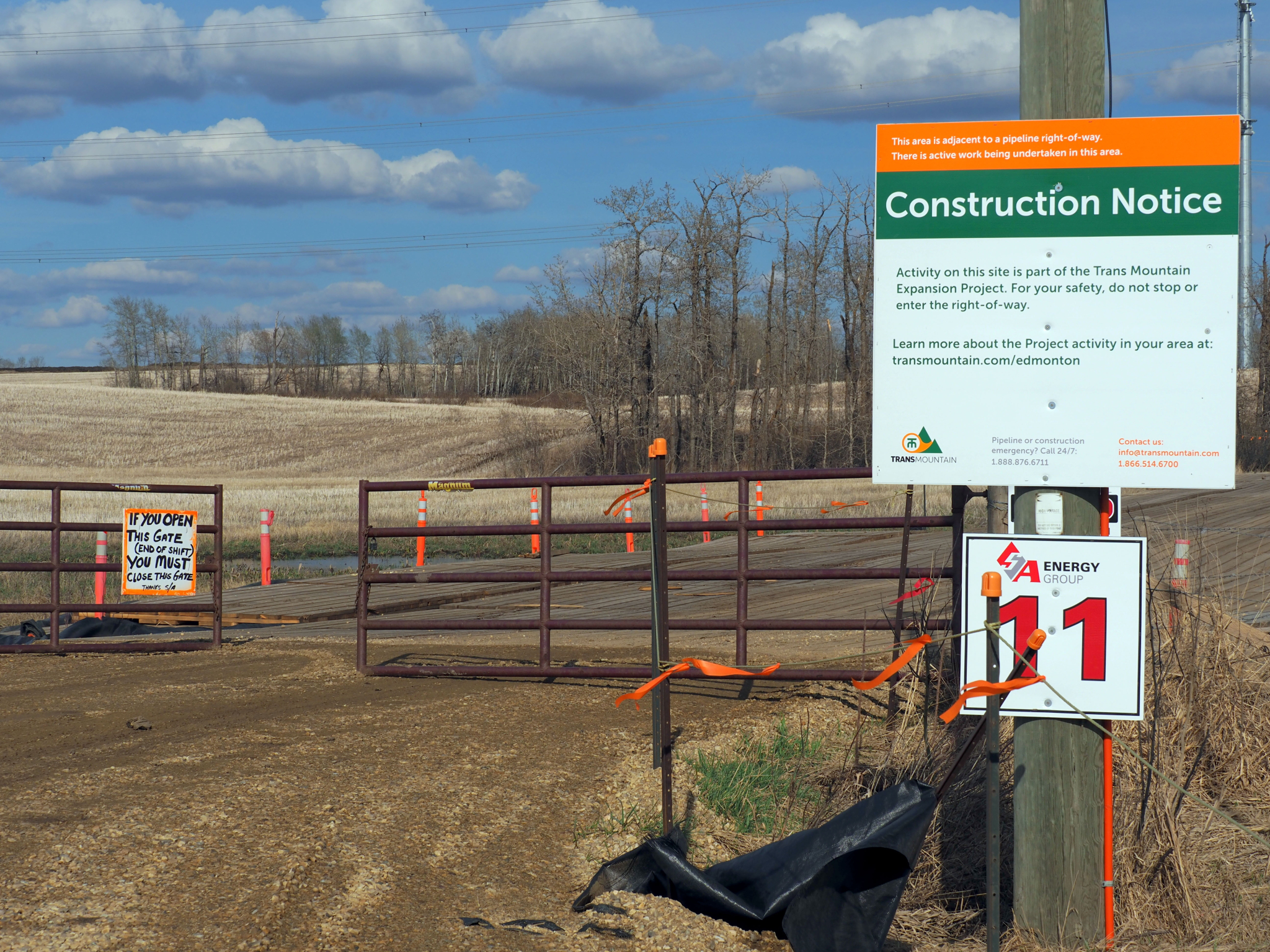 Yet, in B.C., on lands of the Tsleil-Waututh, Squamish, Musqueam and Secwepemc peoples — lands never surrendered to any Canadian government — court proceedings related to the Trans Mountain pipeline expansion (TMX) continue to showcase what many observers recognize as overzealous, abusive prosecutions of Indigenous people and spectacles of colonial violence and systemic racism. Though they are often kept hidden from public view in small courtrooms.

On May 11, the Tsleil-Waututh Nation (TWN) noted its frustration and dismay, saying TMX injunction proceedings are violating Tsleil-Waututh law and international law — as well as Canada’s own legislation on the United Nations Declaration on the Rights of Indigenous Peoples (UNDRIP). The statement was made after Will George, a TWN member and water protector, was sentenced to 28 days in jail for allegedly blocking part of a road near a TMX construction site, for a short period, around 4:40 p.m. on a Friday afternoon in January 2021.

After the judge misconstrued George’s stated reasons for being there, the TWN’s public statement further clarified what the judge noticeably did not mention: “Tsleil-Waututh law tells us we have an obligation to protect and defend our land, water, and territory so that future generations of Tsleil-Waututh people can thrive. Will George is a protector, not a protester. The Trans Mountain pipeline poses an existential threat to the Tsleil-Waututh people, which the court failed to recognize. This ruling is gravely concerning.”

Highlights of the trial featured the judge alarming courtroom observers by appearing to not know TMX construction was occurring on TWN land — in the final phase of sentencing proceedings — despite many efforts to bring this to her attention in earlier court proceedings. There were also what appeared to those in attendance to be specious assertions by the judge in the trial, for example, in attributing to Will George statements he clearly did not make. When Justice Shelley Fitzpatrick read her conviction of George, she asserted that George stated he and other protesters “would not allow anyone to enter" the TMX terminal, despite this being inconsistent with and contradicted by video and audio evidence played in court. Concerning errors when she read aloud the verdict on Oct. 15, 2021, were noted immediately by George, yet the identified problems remained in the written ruling, which was posted online seven months later, the day after sentencing in May.

The verdict brushed aside evidence that TMX had been announced as temporarily shut down due to regulatory non-compliance and safety issues that included a worker death and injuries of others at multiple TMX sites. The judge and Crown also skirted around the required “five-step procedure” (introduced by another judge in earlier TMX cases), which served to provide an opportunity to leave before an injunction is deemed to have been breached. To facilitate a conviction without those procedural steps in place as expected, Fitzpatrick instead cited testimony of a TMX security contractor, who is captured on video (shown in court) making a derogatory and racist slur about Indigenous people to George.

The prosecutorial zealousness in this case echoed previous performances of colonial violence where courtroom rituals are based on manipulating words, denying histories and truths, intimidation and the normalization of dispossession.

As someone who has observed and studied over 200 hours of TMX injunction proceedings, I find it disconcerting to see a judge regularly insult Indigenous cultures, degrade Indigenous people as well as denigrate their doctors, lawyers and expert witnesses, sometimes clearly misquoting and rudely degrading them simultaneously.

I find it equally disconcerting to see how prosecutors labour to put young and elderly Indigenous people in jail for carrying out their responsibilities under Indigenous laws. It is clear to a growing number of people that the conduct of these officers of the court does not represent the interest of the public to which Crown lawyers and judges are supposed to serve.

To support healing and resistance to oppression, the accountability of judges and Crown prosecutors is essential. On the same day of Canada’s highly unpopular $10-billion loan announcement to TMX, the UN Committee on the Elimination of Racial Discrimination issued a third condemnation of Canada’s illegal policing and criminalization of Indigenous peoples on their own lands. Many law schools now require Indigenous laws to be part of the training. Beyond ensuring that judges and prosecutors have minimal training on Indigenous issues, much broader oversight and accountability measures are also evidently needed.

It is becoming increasingly clear to large segments of the public that Canadian authorities are not taking seriously their obligations under the UN Declaration on the Rights of Indigenous Peoples, let alone commitments to combat climate change. Based on what is happening in courtrooms, international bodies should also obtain intermediary status to adjudicate the ethics and international legality of judicial conduct in Canada’s colonial courts.

Sam Spiegel grew up in Winnipeg on the territories of the Anishinaabeg, Cree, Dakota, Dene, Métis, and Oji-Cree Nations. He holds a PhD in geography from the University of Cambridge and teaches at the University of Edinburgh on displacement, colonialism and climate justice.