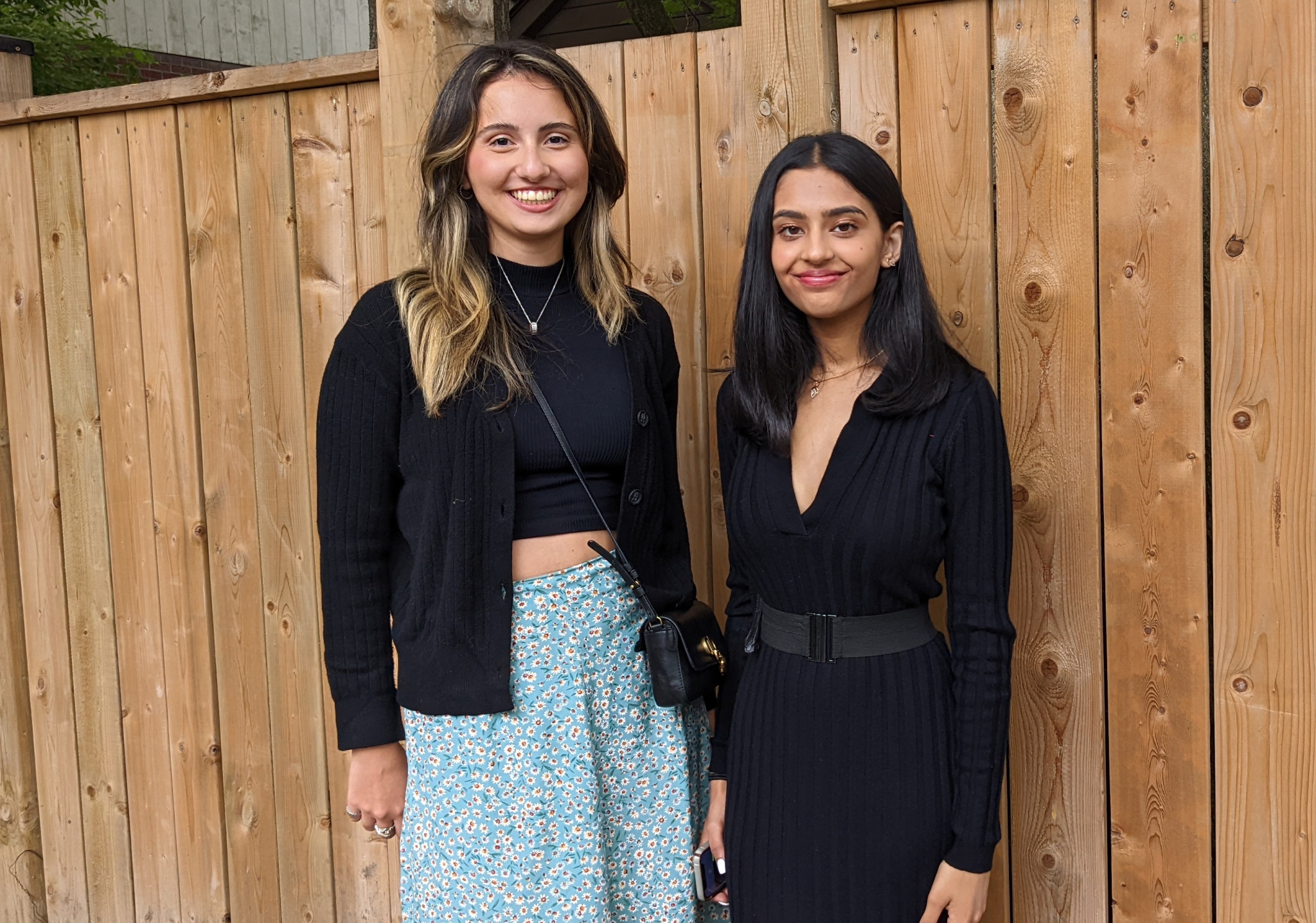 Most teens don't spend their after-school hours searching for the key to male birth control, but Simran Saxena and Diba Dindoust aren't most teens.

Motivated by the existence of nearly a dozen birth control options for people with ovaries and uteruses but very few for their male partners, the Toronto high school students are seeking more reproductive autonomy for all.

“Yes, it is taking some contraception burden off females, it's helping towards reducing unwanted pregnancies, but also it’s giving men the choice to have more autonomy,” said Saxena, a 16-year-old member of The Knowledge Society’s (TKS) innovation program for high school students.

She and Dindoust have 10 minutes this Thursday to pitch their “Contrall” project at the Collision tech conference, where they hope to connect with others who could help them develop their work.

The first female hormonal birth control pill emerged in the 1950s, and women and girls have dealt with side-effects from extra estrogen and progesterone ever since. But efforts in the 1990s to target testosterone in men as a birth control method didn’t go far, the pair explained in an interview.

“They tried to make a hormonal pill for men, too, which targeted testosterone, and it had a lot of side-effects — sort of similar to the female pill, too — but the male one never passed clinical trials,” said 17-year-old Dindoust.

“Because of the side-effects,” added Saxena. “Which is funny.”

So the two are instead targeting a specific protein involved in sperm production by sifting through the drug profiles of thousands of already approved pharmaceuticals to see which ones might stop its work.

They hope this research route could speed the time to market for “mantraception,” which Dindoust said was promised to be 15 years away from reality 15 years ago. The prospect of male birth control might otherwise still remain that far off, she added, despite scientific focus now on the biology of sperm and the medicinal chemistry required to limit its production or maturation.

They hope their “Contrall” project could cut development time to three to 12 years. It’s possible none of the drugs they study show any contraceptive effect, they acknowledge, but that’s the hypothesis they’ve set their minds to checking since winning a hackathon last October. The event was run by TKS, part of a 10-month accelerator for 13- to 17-year-olds who are exposed to the world’s most pressing problems and then try to solve them.

Most teens don't spend their after-school hours searching for the key to male birth control, but Simran Saxena and Diba Dindoust aren't most teens.

“We think that in all of these thousands of compounds there must be one that can work as a male contraceptive,” said Dindoust, who previously used AI to discover economically incentivized drugs for HIV treatment.

The teens will take their most promising discoveries to the University of Minnesota's medicinal chemistry lab (which was also looking at the same sperm-producing protein, retinoic acid receptor alpha, for further study this summer. They have also been working with the Male Contraceptive Initiative, which helped connect them to the lab opportunity.

Apart from her role as an oboe soloist in her school band and a few other hobbies, Dindoust said this passion project is her “full-time thing outside of school” where she can see a way to make an impact on a huge problem.

The two say they’ve gotten into a productive flow as they navigate Contrall-related workloads on top of a typical high school schedule.

“It's become kind of a lifestyle,” Saxena said. “I wake up in the morning, and maybe you read a paper or do something like that, and then you eat breakfast, go to school, work on male birth control, get some schoolwork in, call Diba, update each other, then have an external meeting with someone in the field, ask them some questions, then go back to the drawing board, research and that’s how our days go.”

Ancient fish bones may help us adapt to climate change