B.C. Premier John Horgan to resign this fall after bout with cancer 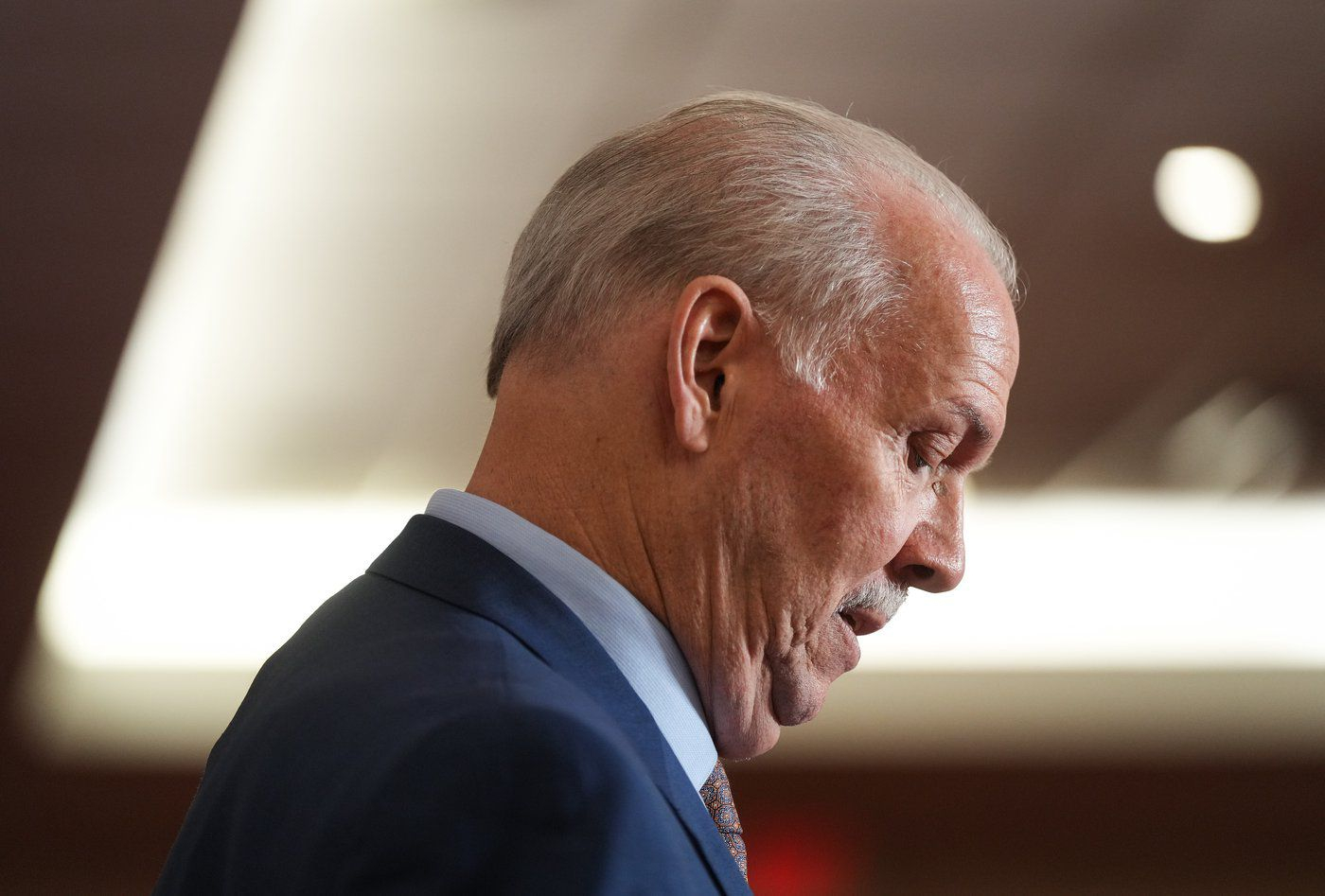 B.C. Premier John Horgan pauses as he announces he will not run in the next provincial election during a news conference in Vancouver, on Tuesday, June 28, 2022. Photo by The Canadian Press/Darryl Dyck
Previous story

British Columbia Premier John Horgan says he'll resign as leader in the fall after the New Democrats hold a leadership convention because a second bout with cancer has left him with little energy for a job that's been the thrill of his life.

"I wish I had the energy to do more, but I don't," he told a news conference Tuesday.

He said that while he is now free of cancer following 35 radiation treatments, he will not seek re-election because he's not able to make another six-year commitment to the job.

"I get tired and I come home and I fall asleep," he said, adding he feels at peace about the timing of his "very difficult decision."

Horgan said he and his wife Ellie, "the love of my life," recently spent about 10 days in his constituency on the west coast of Vancouver Island reflecting on what they wanted to do for the rest of their lives.

The premier said he asked that question of himself before posing it to his cabinet colleagues at a retreat last week and concluded he couldn't continue on as leader.

"There has been endless speculation as a result of my recent battle with cancer about what my plans would be. I want to put the speculation to rest so we can get back to what really matters, and those are the issues before British Columbia," Horgan said.

Horgan said he will continue to work toward his goals to represent British Columbians in the next few months, including as leader of the Council of the Federation as he hosts his counterparts at a meeting next month in Victoria.

He said the No. 1 issue on the table is getting a commitment from the federal government to work with provinces to resolve the crisis in health care.

B.C. Premier @jjhorgan to #resign in the fall after leadership review. #BCPoli

"I fully intend to carry on that battle to make the federal government stand up for the commitments they made to all of us and convene a meeting so that we can fix the most important social program, in fact, the most important program in Canada."

Horgan has led the NDP since being acclaimed as leader in 2014 following the party's defeat in the 2013 election.

In 2017, he formed a minority government after negotiating a so-called confidence and supply agreement with the Green Party, which held the balance of power.

Horgan called a snap election last October during the pandemic and won a majority government, taking 55 of the 87 seats in the legislature.

Prime Minister Justin Trudeau sent out a statement Tuesday evening expressing gratitude on behalf of the Government of Canada for Horgan's many years of work including his "ambitious" steps toward climate action, initiatives on affordable child care and guiding the province through the pandemic.

“I thank Premier Horgan for his over 17 years of dedicated public service," Trudeau said. "He will be missed at the First Ministers’ table. I wish him and his family the very best in the future.”

Thank you, @JJHorgan, for your many years of public service. From our taking ambitious climate action, to making child care more affordable, to the leadership you provided keeping people safe through COVID-19, I always appreciated working with you. Wishing you all the best, John. pic.twitter.com/tnCaIO3zfr

Saskatchewan Premier Scott Moe said it's no secret that he and Horgan "come from different political stripes."

"But I've appreciated working with him greatly at the Council of (the) Federation table when I was chair a few years ago and this past year, now with him being chair. He's served as an excellent chair. He's a very, very capable and competent politician and I would say a friend in many cases as well."

Thank you to the ever-capable Premier John Horgan for everything you have done for British Columbia and Canada.

We may have our differences, but I’ve always enjoyed and appreciated working with you to help make a difference in our provinces. I am proud to call you a friend. https://t.co/9ae7tjPqOb

Alberta Premier Jason Kenney said it had been a real pleasure to work constructively with Horgan on a range of issues.

"We come from different political traditions, but have always worked to find common ground."

"Although we have not always agreed on policy, together our two parties created an era of unprecedented cross-party co-operation," she said in a written statement, adding the legacy of their confidence and supply agreement lives on as a model for a similar deal between the federal New Democratic and Liberal parties.

"I sincerely hope that the premier enjoys health, rest and time spent with his family," Furstenau said.

A date for the leadership convention has not yet been set.

This report by The Canadian Press was first published June 28, 2022.