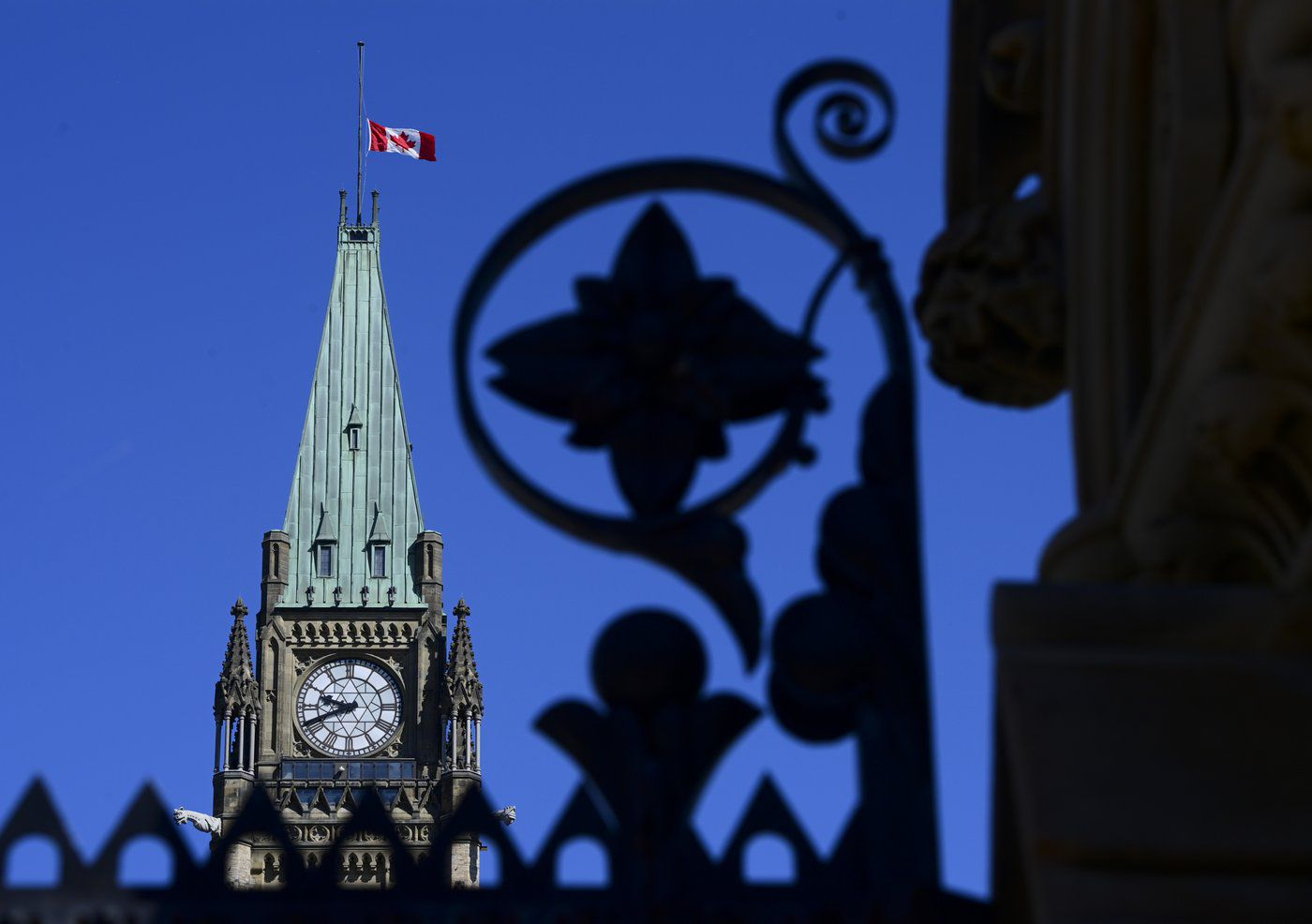 The Canadian flag on the Peace Tower flies at half-mast on Parliament Hill in Ottawa on June 2, 2021, in recognition of the discovery of children's remains at the site of a former residential school in Kamloops, B.C. File photo by The Canadian Press
Previous story

The federal government has signed a $20-billion final settlement agreement to compensate First Nations children and families harmed by chronic underfunding of child welfare on reserve, which Indigenous Services Canada said Monday was the largest such deal in Canadian history.

“First Nations children deserve to be surrounded by love and live free of discriminatory government policy," Cindy Woodhouse, the Manitoba regional chief at the Assembly of First Nations, said in a statement Monday.

"And after three decades of advocacy and months of negotiations, I’m proud to say on behalf of the AFN that we have reached another historic milestone for our children and their families."

The agreement, reached between Canada, the Assembly of First Nations and plaintiffs in two class-action lawsuits, also accounts for the federal government's narrow definition of Jordan's Principle. It was designed to ensure jurisdictional squabbles over paying for services for First Nations kids does not get in the way of those services being provided.

"The parties have agreed on a plan for settling compensation claims to recognize the families and people who have suffered tremendously through discriminatory and systemically racist child-welfare practices," Indigenous Services Minister Patty Hajdu said in an interview.

The federal government announced in January it had reached agreements in principle, which includes $20 billion for compensation and another $20 billion to reform the First Nations child-welfare system over five years. The full $40 billion was earmarked in the 2021 fiscal update.

The First Nations Children and Family Caring Society and the Assembly of First Nations first filed a complaint under the Canadian Human Rights Act in 2007, arguing chronic underfunding of on-reserve child-welfare services was discriminatory when compared to services provided by provincial governments to children in other communities.

Ottawa pays for child welfare on reserve, but only matches the provincial spending if kids are placed in foster care. The result is far more child apprehensions and family breakups than necessary, and fewer services and supports to help families manage through a crisis.

Data from the 2016 census shows fewer than eight per cent of Canadian children under the age of 15 are Indigenous, but Indigenous youth make up more than half the children under 15 in foster care.

The Canadian Human Rights Tribunal ruled in 2016 that the federal government had discriminated against First Nations children. The Liberal government appealed that ruling, asking a court to quash it. The court declined.

In 2019, the tribunal ordered the government to pay the maximum compensation it could order —$40,000 — to every child who was needlessly removed from their families since Jan. 1, 2006, and also to parents or grandparents whose children were taken away.

The tribunal also ruled that the criteria needed to be expanded so more First Nations children could be eligible for Jordan's Principle.

The federal government also challenged the tribunal's orders in Federal Court, and last fall appealed the ruling upholding it.

But that appeal was paused pending negotiations with Indigenous leaders on the compensation program. Former senator Murray Sinclair, who chaired the Truth and Reconciliation Commission, was hired to help facilitate the talks.

The agreement has now finally been signed by all parties and filed with the Federal Court. Both the court and the Canadian Human Rights Tribunal will need to approve the settlement before any money is handed out.

"I can't imagine how families have been feeling, waiting," Woodhouse said in an interview.

The government's appeal is still before the court, but a spokesperson for Indigenous Services Canada said that's simply to expedite the process. Once the court approves this deal, the appeal will be moot, the government said.

Hajdu said she's not able to say when people will be able to apply for and receive compensation, but the AFN said it expects that to happen next year.

The other $20 billion intended for long-term reforms includes funding over five years for the First Nations Child and Family Services program.

Hajdu said that negotiation is more complex, and requires the creation of "built-in mechanisms to ensure that children get equal and adequate care, and increasingly, that Indigenous communities have the tools they need to seize that control of that care themselves."

Those reforms will largely occur under Bill C-92, passed in June 2019, which affirms the jurisdiction for child-welfare services in Indigenous communities rests with the Indigenous families and communities themselves.

"After residential schools, after day schools, after the '60s Scoop and all these things that our people have been through, and now we have the child-welfare system ... we really need a reset on getting our families back together," Woodhouse said.

"At the end of the day, it's up to First Nations. It's their jurisdiction when it comes to their children."

This report by The Canadian Press was first published July 4, 2022.