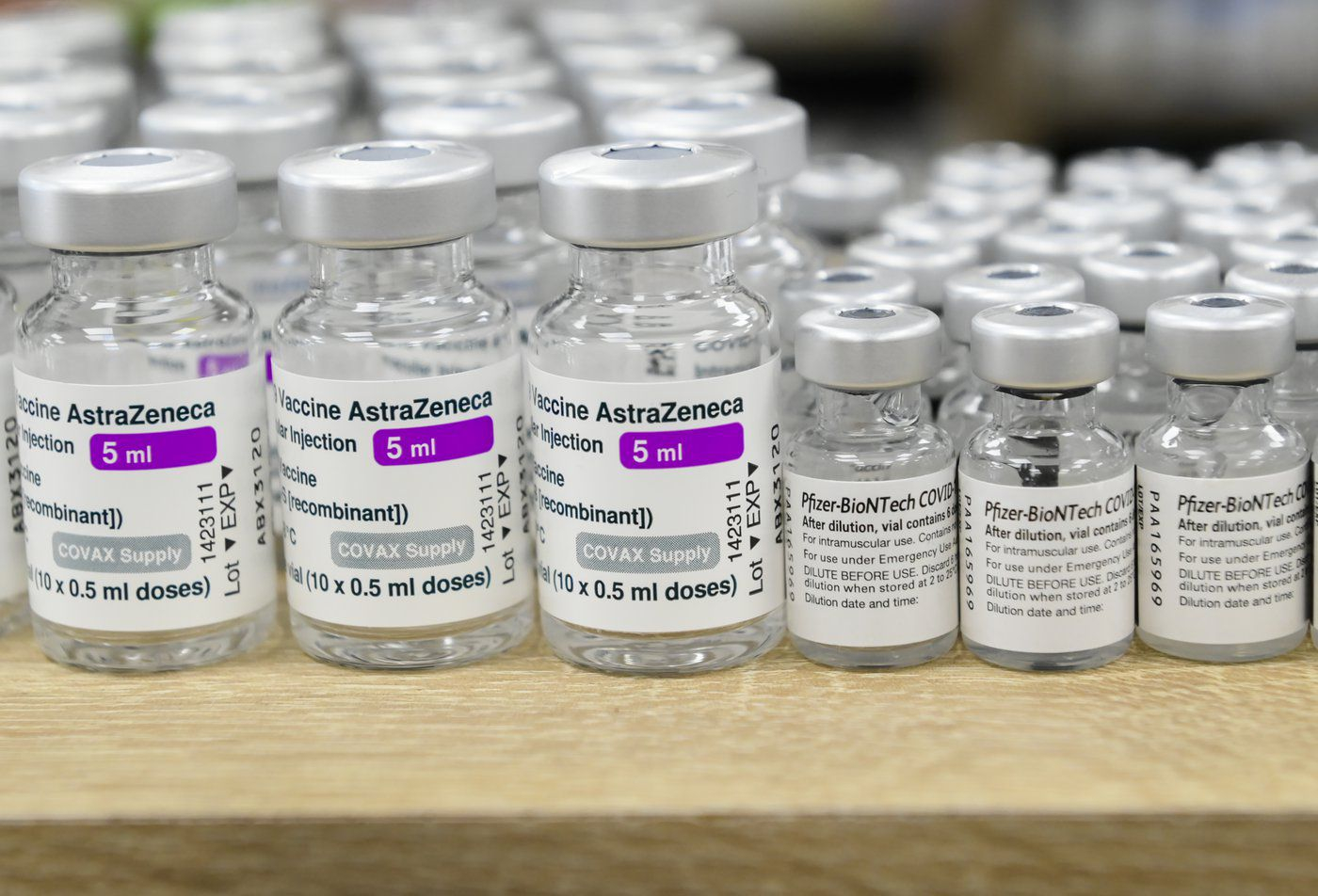 Vials of both Pfizer-BioNTech and Oxford-AstraZeneca COVID-19 vaccines sit empty on the counter at the Junction Chemist Pharmacy, in Toronto on June 18, 2021. File photo by The Canadian Press/Nathan Denette
Previous story

Canada is about to toss more than half of its doses of the Oxford-AstraZeneca COVID-19 vaccine because it couldn't find any takers for it either at home or abroad.

It also has yet to explain how it plans to manage millions of doses of both Novavax and Medicago vaccines that it bought but is unlikely to use itself.

Canada signed a contract with AstraZeneca in 2020 to get 20 million doses of its vaccine, and 2.3 million Canadians received at least one dose of it, mostly between March and June 2021.

Following concerns in the spring of 2021 about rare but potentially fatal blood clots from AstraZeneca, and with more ample supplies of the mRNA vaccines from Pfizer-BioNTech and Moderna, Canada moved away from using AstraZeneca. In July 2021, it promised to donate the rest of its procured supply, about 17.7 million doses.

In an emailed statement, Health Canada said "Canada made every effort" to make good on that promise, but 13.6 million doses earmarked for that have expired and will have to be thrown out.

"Due to limited demand for the vaccine and recipient country challenges with distribution and absorption, they were not accepted," the statement said.

In June 2021, Canada also said it would also donate 4.1 million doses of AstraZeneca it paid to get from the COVAX vaccine sharing alliance, but wouldn't need.

In total, Canada donated 8.9 million doses of AstraZeneca through bilateral agreements and its COVAX supply, to 21 countries, between Aug. 4, 2021, and March 25, 2022.

Dr. Bruce Aylward, an infectious diseases specialist originally from St. John's and now a senior adviser to the head of the World Health Organization, told The Canadian Press in a recent interview Canada's lack of confidence in AstraZeneca contributed to vaccine hesitancy globally.

He said countries like Canada first hoarded all vaccines, then rejected AstraZeneca and offered it to lower-income nations to fulfil their donation promises. Often those donations were made in large quantities close to their expiry dates.

More than half of Canada's AstraZeneca vaccine doses expired, will be thrown out. #CDNPoli #COVID19Vaccines #AstraZeneca

A glut of doses of a vaccine people were hesitant to get in countries lacking the health workers and infrastructure to run a fast-paced and complex vaccination campaign, was the perfect storm for rejection and expiration.

"They've made it incredibly hard for political leaders in low-income countries to get coverage up," Aylward said.

Adam Houston, medical policy and advocacy officer for Doctors Without Borders in Canada, said that 75 per cent of the AstraZeneca doses Canada promised to donate are going to be thrown out "is extremely disappointing."

"This underscores how vaccines in press releases do not translate into vaccines in arms," he said. "Today, the global vaccine supply is no longer the main problem. But a year ago, it absolutely was. Had the actions of countries like Canada matched their rhetoric on vaccine equity from the beginning of the pandemic, less vaccine would have gone to waste, and far more importantly, more lives would have been saved."

NDP health critic Don Davies said it is "unacceptable" for doses to expire when millions of people still haven't received even a single shot.

"There is no excuse for such waste," Davies said.

He called on the federal government to finally release all the details of its contracts for vaccines, and its plan for using the doses.

Canada also signed contracts to get 52 million doses of Novavax's vaccine and 20 million from Medicago but is relying almost entirely now on Pfizer and Moderna.

Canada has received 3.2 million doses of Novavax so far, with no current plans for further deliveries. It hasn't received any Medicago but a spokeswoman said Canada is working with that company on a delivery schedule.

The World Health Organization authorized Novavax's vaccine for emergency use in December, and Health Canada in February. The contract allows for Canada to donate the doses of both, but there has been no confirmation that Canada intends to donate any of them.

Donating Medicago is more complex because the World Health Organization won't approve it for use by COVAX due to Medicago's financial ties to tobacco giant Philip Morris.

Neither Novavax nor Medicago responded to media inquiries Tuesday.