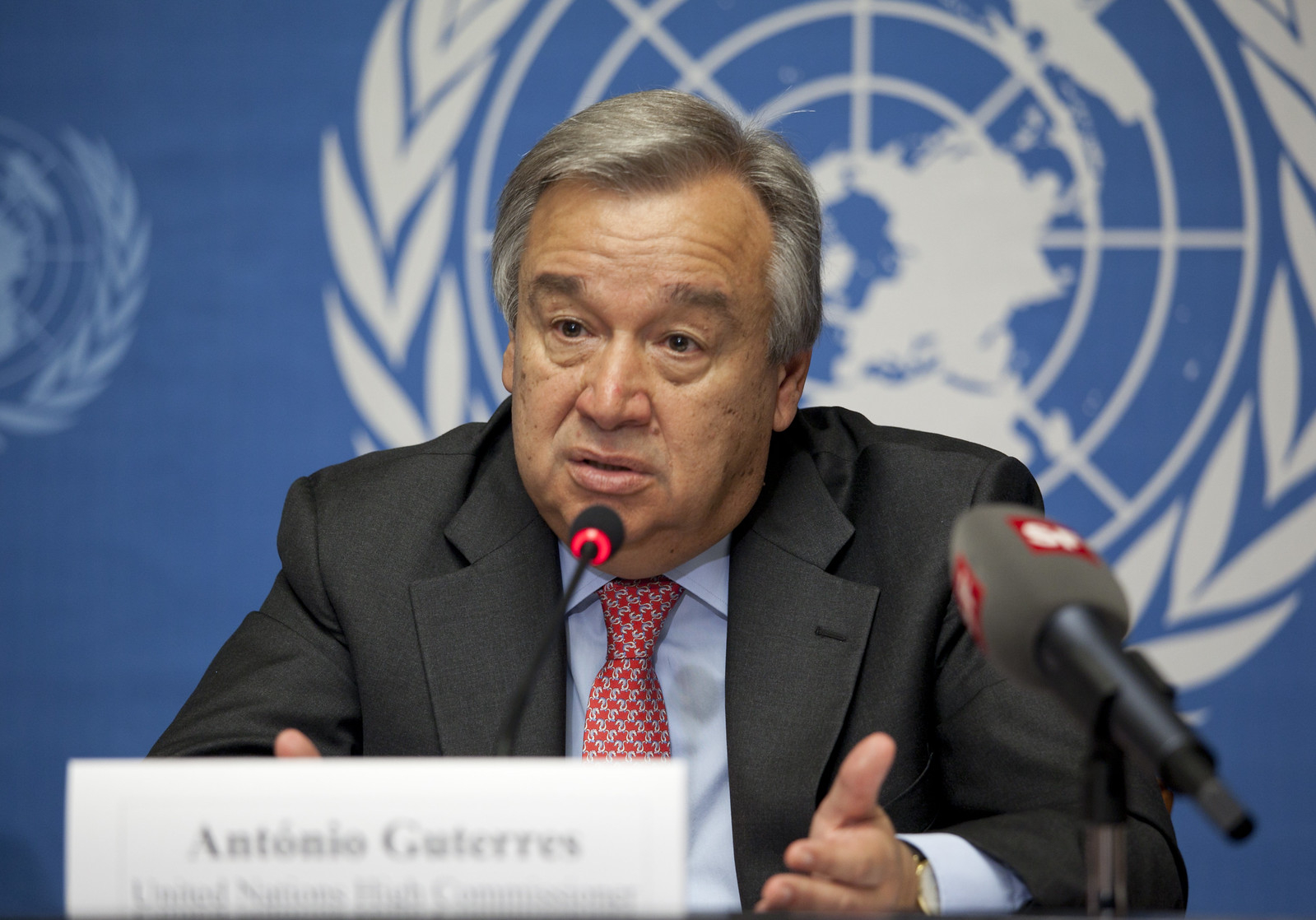 Humanity is facing a “perfect storm” of crises that is widening inequality between the north and south, the UN secretary-general has warned. Photo by United States Mission Geneva/Flickr (CC BY-ND 2.0)
Previous story

Humanity is facing a “perfect storm” of crises that is widening inequality between the north and south, the UN secretary-general has warned. The divide is not only “morally unacceptable” but dangerous, further threatening peace and security in a conflicted world.

The global food, energy and financial crises unleashed by the war in Ukraine have hit countries already reeling from the pandemic and the climate crisis, reversing what had been a growing convergence between developed and developing countries, António Guterres said.

“Inequalities are still growing inside countries, but they are now growing in a morally unacceptable way between north and south and this is creating a divide which can be very dangerous from the point of view of peace and security.”

Guterres, who spoke to The Guardian at the UN ocean conference in his hometown of Lisbon in Portugal last week, said his biggest concern was how global problems were widening the gap between rich and poor.

“What is worrying is we are living in a perfect storm. Because all crises are contributing to the dramatic increase in inequality in the world and to a serious deterioration in living conditions of the most vulnerable populations.

We have taken the ocean for granted, and now we face an ocean emergency.

I am urging all participants at the UN Ocean Conference to right these wrongs & do our part for the ocean.

“All these escalated a situation in which a world that was looking like it was converging between developing countries and developed countries, even if inequality were growing within countries north and south. Now we are back to a divergence.”

Earlier this month, the head of the UN’s World Food Program warned dozens of countries dependent on wheat from Russia and Ukraine risked protests, riots and political violence as global food prices surge.

Of all the crises facing the world, the climate crisis was the most vital, Guterres said.

“That is why it is so concerning that the war in Ukraine has to a large extent kept out the focus on climate action. We need to do everything we can to bring again the climate issue as the most important issue in our collective agenda. It’s more than the planet, it is the human species that is also at risk.”

While many important topics were addressed at the COP26 UN climate conference in Glasgow last November, the central question of how to reduce emissions was not seriously discussed and continues to be ignored, he said. There was agreement, he said, that to keep warming down to 1.5 C above pre-industrial levels, deep cuts of 45 per cent in emissions by 2030 compared with 2010 levels were needed. But we are moving in the wrong direction, he added.

“The truth is that if we look at the national determined contributions we have today and what was announced before during and immediately after COP, we are still moving into an increase of emissions of 14 per cent.

“We have the risk of sleepwalking into the killing of the 1.5 C goal.

“Something is being done, but it is too little too late. If we want to keep 1.5 alive, we need to have a massive determination to reduce emissions as quickly as possible.”

All indicators suggest the effects of the climate crisis are accelerating faster than the worst predictions of a few years ago, he said.

Earlier this month, Guterres hit out at fossil fuel companies, describing them and the banks that finance them as having “humanity by the throat” and castigated governments that failed to rein in fossil fuels and were in many cases seeking to increase production of gas, oil and even coal, the dirtiest fossil fuel.

Asked about the backsliding of EU countries that have announced plans to reopen coal-fired power stations in response to Russia’s restrictions of gas flows into Europe, Guterres said: “Coal is enemy number one of climate action.”

The UN secretary-general has called on Organization for Economic Cooperation and Development countries to phase out all coal plants by 2030 and other countries by 2040.

“I hope these examples of countries where some coal will be burned will be for a very short period,” he said

Germany, a country heavily reliant on Russian gas, announced it would reopen mothballed coal-fired stations to conserve its supplies, following Russia’s restrictions of gas flows. France has signalled it may reopen a coal station due to the situation in Ukraine.

Guterres said the war had highlighted our dependence on fossil fuels. “It is the instability in the fossil fuel market that is creating these dramatic impacts in rising energy prices and contributing to rising food prices and to the extremely difficult financial situation of many developing countries. If the world had invested massively as it should have had the past decade on renewables, we would today be in a completely different situation.”

We need to learn lessons of the past, he said.

At the UN conference, attended by global leaders and heads of state, the heads of small island developing states such as Palau, Fiji and Tonga spoke of the devastating impact on their countries from increasing typhoons and sea-level rise. The minister for climate change in Vanuatu, Silas Bule Melve, said the climate crisis was the single biggest threat to the country’s efforts to expand its blue economy.

On Monday, Guterres declared the world was in the middle of an “ocean emergency” and condemned the “egoism” of some countries that were hampering efforts to reach a long-awaited treaty to protect the world’s oceans.

A longstanding promise, made in 2009 and brought to the fore at COP26, from rich countries to provide £100 billion a year in climate finance to the developing world has not yet been delivered.

Although this finance was a small part of what is needed, the failure to honour the promise of providing it, year after year, has added to the division between rich and poor countries, Guterres said. It “probably won’t happen in 2022,” he added. “This makes developing countries feel that there is indeed not a strong commitment of solidarity. Small island developing states feel it with particular intensity.

“There is a risk of the next COP to be negatively impacted by this frustration of developing countries and lack of confidence and trust in the seriousness of the support of the developed world. And this would be tragic because we really need to mobilize everybody. We need everybody committed if we want to keep 1.5 C alive.”

Asked what gave him hope, Guterres said he had met many young people in Lisbon, part of a youth forum aiming to develop ideas on solutions to the ocean and climate emergencies. Their depth of knowledge, clarity, commitment in their proposals and their enthusiasm “is my best hope”, he said.

I am inspired by the energy & commitment of the young climate activists I met today at the @UN Ocean Conference in Lisbon.

Youth of the world:

We need your passion, your ideas & your action.

You are the generation that will help us #SaveOurOcean & our future. pic.twitter.com/HFK7ZhIdid

The 'perfect storm' has been

The 'perfect storm' has been building for years and will continue it's ever upward climb to devastation before any of the 'powers that be' - governments, banks, oil & gas companies and the lobbyists that pretend nothing is happening - do anything to mitigate the fall out. I don't understand how money can be such a driver as to put all other considerations aside. It is incumbent upon all of us to take these 'leaders of industry and government' to task. If we don't, we lose it all.