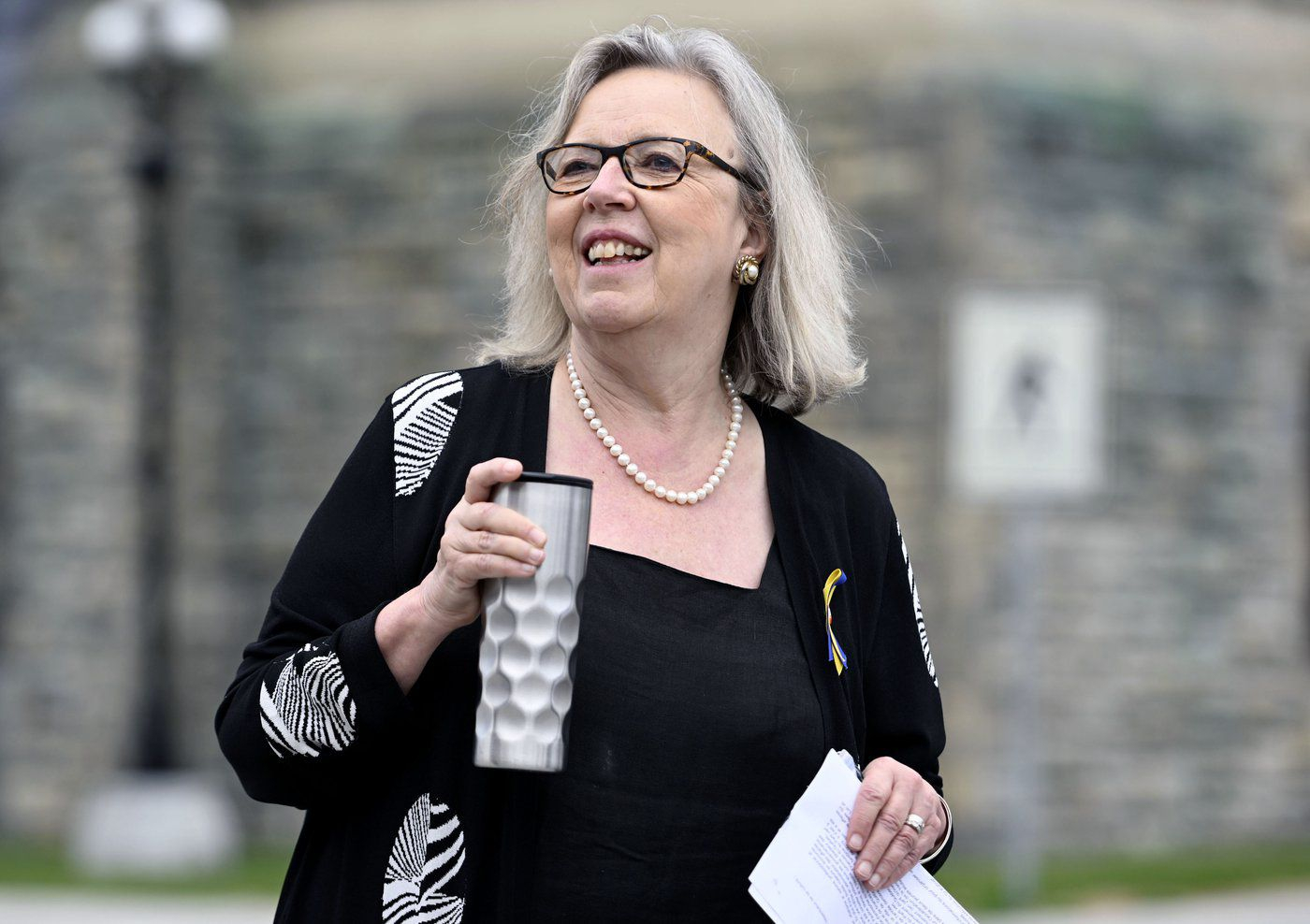 Green party MP Elizabeth May looks on before the start of a news conference on Parliament Hill in Ottawa, on June 21, 2022. File photo by The Canadian Press/Justin Tang
Previous story

Elizabeth May, who is preparing a bid for the leadership of the Green Party, first asked the only other Green MP if he would consider taking the helm before she decided to apply for her old job.

Three sources within the party confirmed May has been working to collect the 100 signatures needed to enter the contest, but said she first asked Ontario Green MP Mike Morrice whether he would be prepared to throw his hat into the ring to replace interim leader Amita Kuttner.

The sources, who spoke to The Canadian Press on the condition they not be named because they were not authorized to discuss the matter publicly, said May has shared that she believes the Green party would benefit from having a leader with a seat in the House of Commons.

May, who was Green party leader from 2006 until after the 2019 federal election, has not yet responded to requests for comment about whether she wants to take on the role again.

The sources said May has also told fellow Greens that she would run for the job she gave up nearly three years ago if she could share the role with a co-leader, who could manage much of the day-to-day administration.

She was first elected to represent the B.C. riding of Saanich—Gulf Islands in 2011, after an unsuccessful attempt to defeat a Conservative cabinet minister in Nova Scotia in 2008.

While leader, May raised the party's profile and the Greens managed to elect three MPs in the 2019 election — still far away from the dozen needed to reach official party status.

She stepped down as party leader in 2019 and the Greens then went through a tumultuous period under her successor, Annamie Paul, who resigned shortly after the 2021 election.

At the time, she described leading the Greens as the worst period in her life.

Vancouver-based astrophysicist Kuttner took over as interim Green leader on a mission to reunite the party and "heal" internal wounds after months of strife.

Morrice, who was elected to represent the riding of Kitchener Centre last year, confirmed people in the party had asked him to run.

He said he wants to focus on his constituency but did not rule out a future bid.

"I have really appreciated every message of encouragement from people in my community and across the country asking for me to consider running for the leadership of the Green Party," he said Friday.

"For now, I'm keen to stay focused on the work my neighbours elected me to do and to continue making progress on their priorities."

The contest rules say potential candidates must submit their applications, including 100 signed nomination forms from Green Party members, by next Friday.

The party will publish a list of approved candidates Aug. 31.

The winner will be announced Nov. 19.

The leader's job ad states the successful candidate must follow "principles of servant leadership" and will "inspire, motivate and mobilize the Green movement and help it grow, influencing public opinion and decision-making in the Parliament of Canada."

When the Green Party announced the leadership race rules, it said choosing a new leader "is an exciting opportunity for renewal and this contest will showcase and highlight some of our best party members."

This report by The Canadian Press was first published July 29, 2022.