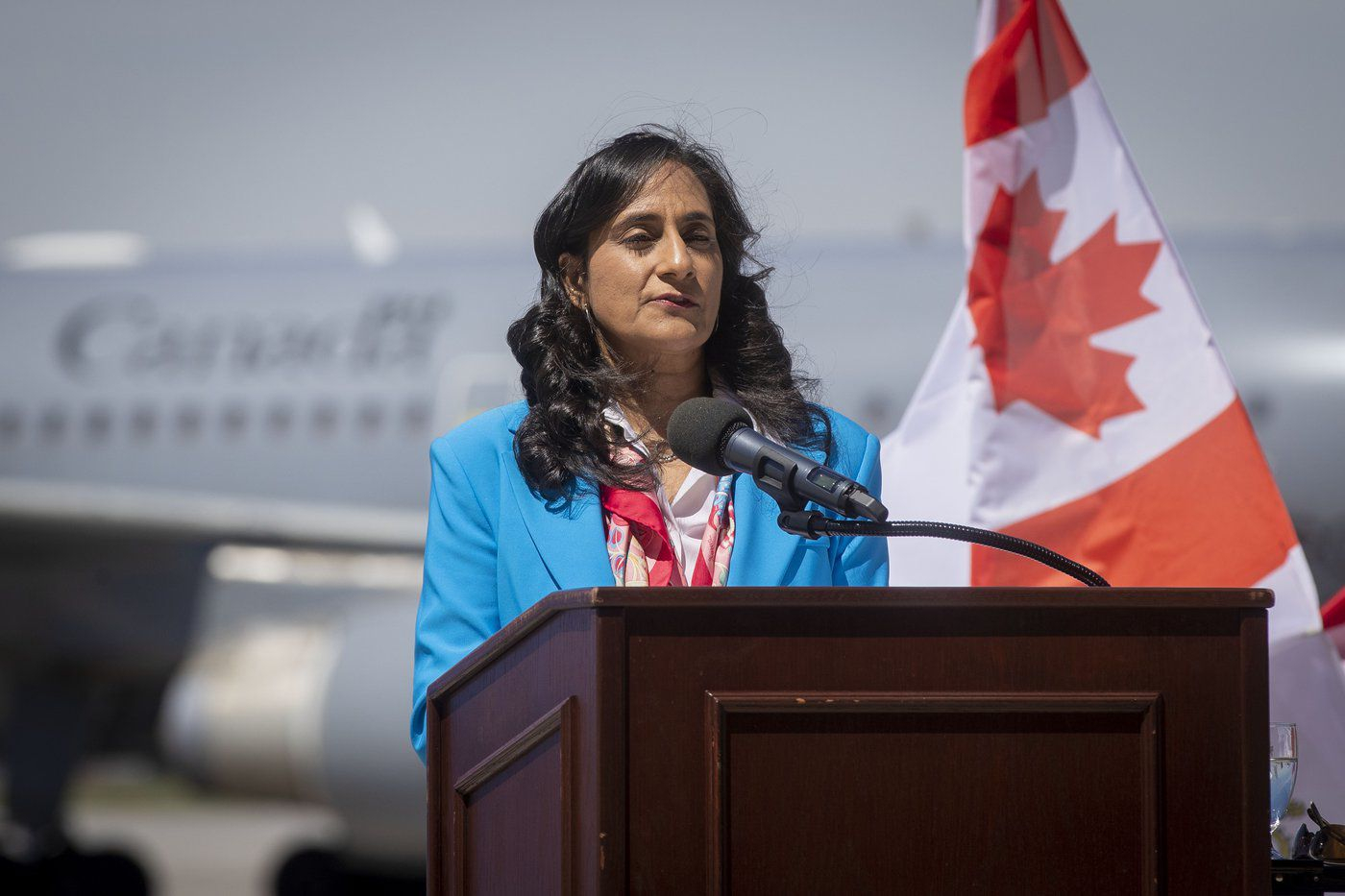 Minister of Defence Anita Anand speaks during an announcement at Canadian Forces Base Trenton in Trenton, Ont., on Monday, June 20, 2022. File photo by The Canadian Press/Lars Hagberg
Previous story

It also follows the return on Sunday of 150 Canadian soldiers who were first deployed to Poland in April to help with a flood of Ukrainian refugees flowing over the border.

A senior government official, granted anonymity to discuss matters not yet made public, tells The Canadian Press the new mission will include a significant number of troops and build on the military assistance that Canada has already given to Ukraine.

That includes training Ukrainian forces on how to use the four M777 howitzers that Canada donated earlier this year, as well as cyber assistance through Canada's electronic spy agency, the Communications Security Establishment.

Canada first launched a mission, along with Britain and the United States, to help train the Ukrainian military after Moscow ordered the annexation of the Crimean Peninsula in 2014 and started supporting pro-Russian separatists in eastern Ukraine.

The federal government says that mission, known as Operation Unifier, helped train more than 30,000 Ukrainian soldiers before all Canadian troops were evacuated ahead of Russia's invasion.

While the trainers eventually returned home, Canada has expanded the size of its military presence in Europe in response to the war, which is in its sixth month.

That includes the 150 service members who recently returned from Poland, and reinforcing a Canadian-led NATO battle group in Latvia.

In April, Russia sanctioned all six former commanders of Operation Unifier, which some saw as proof of the mission's success.