Are oilsands companies holding out for more time, more money — or both? 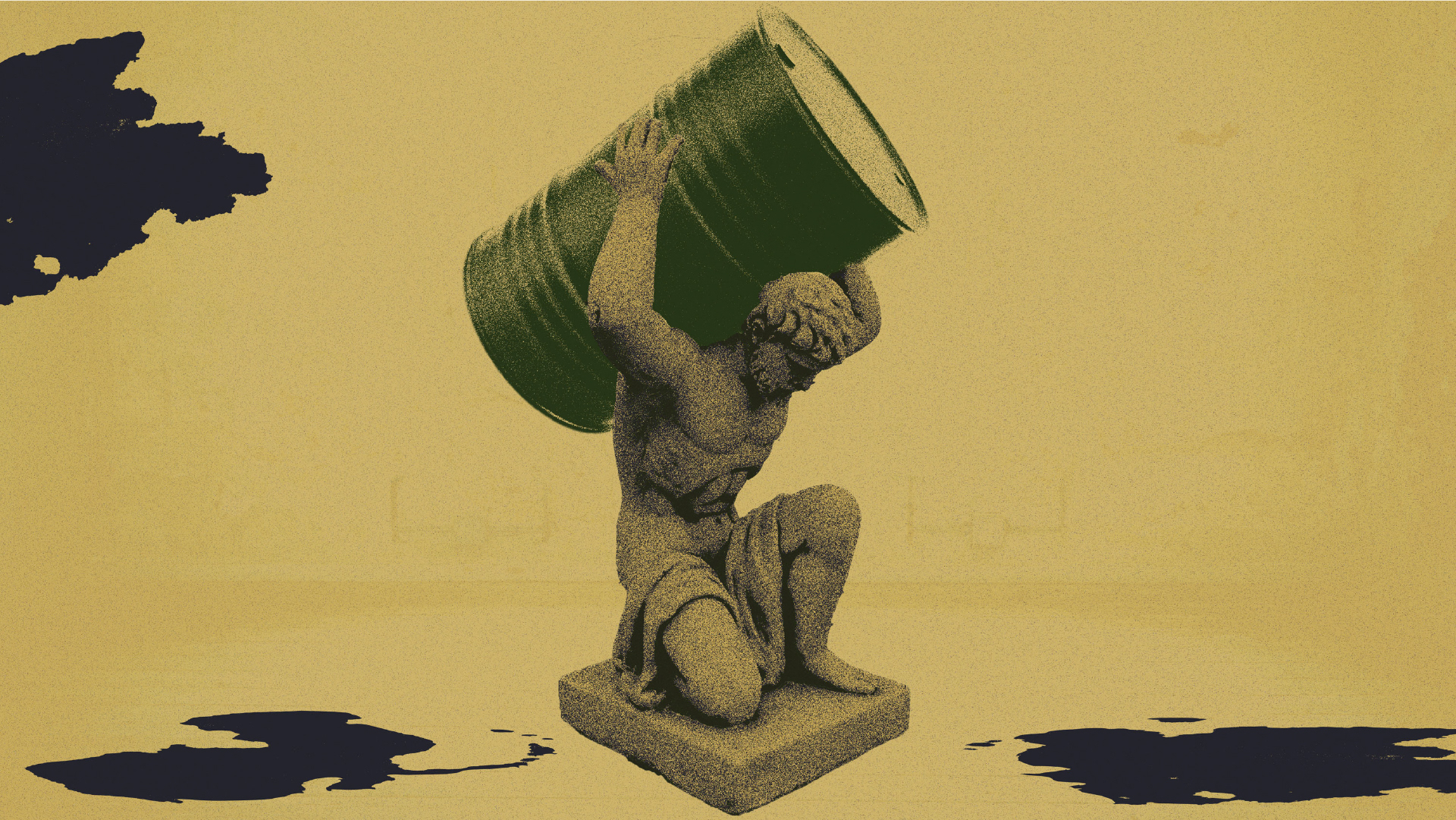 “Slow and steady wins the race.” It’s the key takeaway from Aesop’s fable of the Tortoise and the Hare, one that parents have tried to teach their kids for generations. It also forms the basis of the oil and gas industry’s latest attempt to push back against climate policy in Canada. And unlike its previous postures, which have included denying the existence of climate change or suggesting Canada can’t do much about it, this one might actually work.

On the positive side, at least they’re finally willing to admit the scale of the problem. In a recent op-ed in the Globe and Mail, Pathways Alliance CEO Kendall Dilling acknowledged that “Canada’s oil sands industry recognizes we are one of our country’s largest greenhouse-gas emitters, and that we have a major role to play in helping meet the national climate-change commitment of net-zero emissions by 2050.”

But, he insisted, the large oilsands companies his organization represents can’t be rushed into reducing those emissions any time soon. “Impractical time frames for emissions-reduction targets could drive investment away from our industry and our country, reducing production in Canada while increasing output and emissions in other countries.”

Never mind that these imaginary other countries almost certainly have lower per-barrel emissions than Canada, which would mean a net reduction in the global inventory. And let’s set aside, for the moment, the fact that what could really drive investment away is reckless talk from Danielle Smith, someone who might be the next premier of Alberta, about disregarding the Constitution. Just ask Quebecers who were around in the 1970s and 1980s how good separatism was for attracting investment to the province.

The bigger problem here is that the industry and its various lobby groups still don’t seem to understand the kind of race they’re running, nor the pace at which their competitors are speeding away from them. The recently passed Inflation Reduction Act will turbocharge the clean energy sector in the United States, including its efforts to develop carbon capture and storage projects. The war in Ukraine has awoken Europe to the existential threat its reliance on Russian gas imports presents, and it has responded by accelerating the timetable for their phaseout. Even Saudi Arabia, one of the biggest oil-exporting economies on Earth, is betting big on electric vehicles and battery technology.

The Pathways companies also don’t seem to understand what some of their larger institutional investors are actually looking for. Yes, they want stability, certainty and, above all, profitability. But they’ve also made pledges around emissions reductions and net-zero commitments that they have to live up to. As the Pembina Institute noted in a 2022 report called Getting on Track, “oilsands producers will have to demonstrate significant progress in their emission reduction strategies to keep investment capital flowing into their sector.”

In other words, they need to do more than rag the puck and stall for time. But so far, the strategy laid out by the Pathways companies seems to lean heavily on magic beans and the passage of time. As the Pembina Institute’s report notes, “it assumes that to achieve net-zero, participating companies will rely to a large extent on strategies that will not be technically or economically viable until after 2030. To be credible, the vision document that has been put forward by oilsands companies should be accompanied by a detailed plan and aligned with Canada’s commitment to achieve an economy wide 40–45% emission reduction by 2030.”

Instead, the oilsands companies want Canadians to trust them and their commitment to reducing emissions, even though those emissions have risen by nearly 140 per cent since 2005. But when it comes to the oilsands and trusting unproven technologies, we’ve seen this movie before. Despite lots of talk about their commitment to innovation and environmental stewardship, the problem posed by toxic tailings ponds continues to get bigger. The best the Alberta government’s energy propaganda centre can say is that the rate of growth in these tailings has slowed. “Decades of operations, increasing oil sands production, technological challenges and the regulatory requirement to store untreated process-affected water have contributed to a large accumulation of tailings in Alberta,” the Canadian Energy Centre’s Deborah Jaremko wrote.

Why, then, should we trust them to clean up their greenhouse gas emissions? Slow-playing the challenge of reducing emissions might be just fine for the middle-aged senior executives at these oil companies, who would surely rather continue with business (and bonuses) as usual until they retire. But it’s bad for the long-term health of the companies they run (never mind the province, country and world they live in), which will have to eventually face down the double-whammy of declining global oil demand and rising costs for high-carbon producers.

It’s not clear whether these oilsands companies and their advocates are holding out for more time, more money or both. Either way, the federal government has a responsibility to the rest of the country to hold them accountable for their promises — and keep them in the race they don’t seem very interested in running.

"Why, then, should we trust

"Why, then, should we trust them to clean up their greenhouse gas emissions? … It’s not clear whether these oilsands companies and their advocates are holding out for more time, more money or both."

Production cuts are not on the table. Expansion and new markets are still the goal.
Alberta's carbon pricing scheme (TIER) shields oilsands producers from a meaningful carbon price. O&G companies pay mere pennies on the dollar.
The oilsands industry — and Ottawa — is betting on taxpayer-funded white elephants like carbon capture, SMRs, and blue hydrogen to cut upstream emissions. Leaving the bulk of emissions from a barrel of oil at the consumer end untouched.
None of these technologies is ready to go at scale. The industry's push for a white elephant future is a delay tactic. With billions of dollars in tax credits already promised, Ottawa is complicit. Canada intends to "green" (i.e., greenwash) its fossil fuels, not get off them.

The oilsands industry has no plans to invest any of its windfall in emissions reduction. The plan is to invest public tax dollars to prop up this sunset industry — and keep mostly foreign shareholders happy. Until the final crash. Leaving clean-up and reclamation to taxpayers. The industry's unfunded liability is north of $260 B and rising.
This ongoing disaster brought to you by the Govt of Canada, the Big Banks, and your local Esso dealer.

As you've been saying all

As you've been saying all along, and I have reasoned along with the government that we can't turn on a dime but after this last windfall and their reluctance to even consider a windfall tax, I'm with you. As is Max Fawcett; you might at least give him credit on that.
I think the IRA in the States HAS raised the bar as well, which we can now watch and see what the Liberals do. I maintain they are open, the main thing required after all, and capable of change.
But the oil companies, if you read the Tyee link about bloody well knowing in the seventies that CO2 was a pollutant (I get e-mails from De Smog so read that article) and then flipping totally on that....AND the documents showing all that were found in CALGARY, AND with investment finally lining up against the status quo, surely their subterfuge and culpability has now reached critical mass.

I agree with all three of you

I agree with all three of you, but it's worth giving the Bad Faith podcast a listen to in order to not put too much faith in the Inflation Reduction Act. I couldn't figure out why Manchin would suddenly care about his legacy, but David Sirota notes how much terrible stuff is in the Act. It signals a direction, which is useful, but they're going to need a lot more pressure to stop acting like Canada.
https://www.youtube.com/watch?v=1VDLRwfYKIU

>>To be credible, the vision

>>To be credible, the vision document that has been put forward by oilsands companies should be accompanied by a detailed plan and aligned with Canada’s commitment to achieve an economy wide 40–45% emission reduction by 2030.<<

The trouble is Canada has no "detailed plan" beyond policy objectives. There is a dearth in planning all around. Where is Canada's Transition Plan? If it's science based and has solid, auditable economics, then there is little to fear from the conservative and corporate critics who have been successfully spinning the merry-go-round since 1988 when Dr. James Hansen first appeared before the NOAA and submitted his evidence about a "greenhouse effect." Even Exxon, then the largest oil company on the planet, published reports on their follow up research that proved it true.

Three years later the denial machine and detached political donation 'scientific institutes' took over management in a highly successful effort to purchase governments in many countries. That was one of the smartest investment strategies ever conceived. Witness the Alberta government corporate oil industry cabinet. And they see nothing wrong with that take over effort.

After 34 years of official dithering and fear of a carbonized backlash, it's well past time to start reducing tailpipe and smokestack emissions, build a smart electrical grid across the continent while funding efficacious changes to our urban, farm and domestic infrastructure based on both adaptation and low / zero emissions, and help oil and gas workers make the transition to careers in sustainable business endeavours. Some sectors are already in the new game and building massive solar and wind projects, despite the out-of-sync din from the oil company and War Room PR flacks who still seem to have the minister's ear.

We wanna see the Plan already. (With apologies to John Lennon).

When has big business done

When has big business done anything that does not involve profit? Capitalism considers air, water, soil as free externalities. Therefore will continue to produce pollution . Fairly simple. Regulations are essential, but to expect private companies to actually try to save humanity, a total joke

it is called greed once you

it is called greed once you have enjoyed its returns you want more no matter the cost & that naturally means our environment & our planet...
pity big oil has not fathomed the reality that no environment will lead to no need for greed as their will be no planet... the problem is when are they going to choose to catch on...
unfortunately reality does truly suck for us all...

Big Bitumen and Edmonton/Ottawa have already made big promises that haven’t been kept. Concerned about expanding (instead of contracting) dilbit production? Focus on the windfall profits from fuel sales: the government should seize this money and put it into a fund that Big Bitumen can’t get back unless its invested in real, tangible progress on sequestration—Big B puts up its own money to do the work set out, and gets partially reimbursed from the fund when it is complete and proven effective.

But won’t that bite into expansion plans?