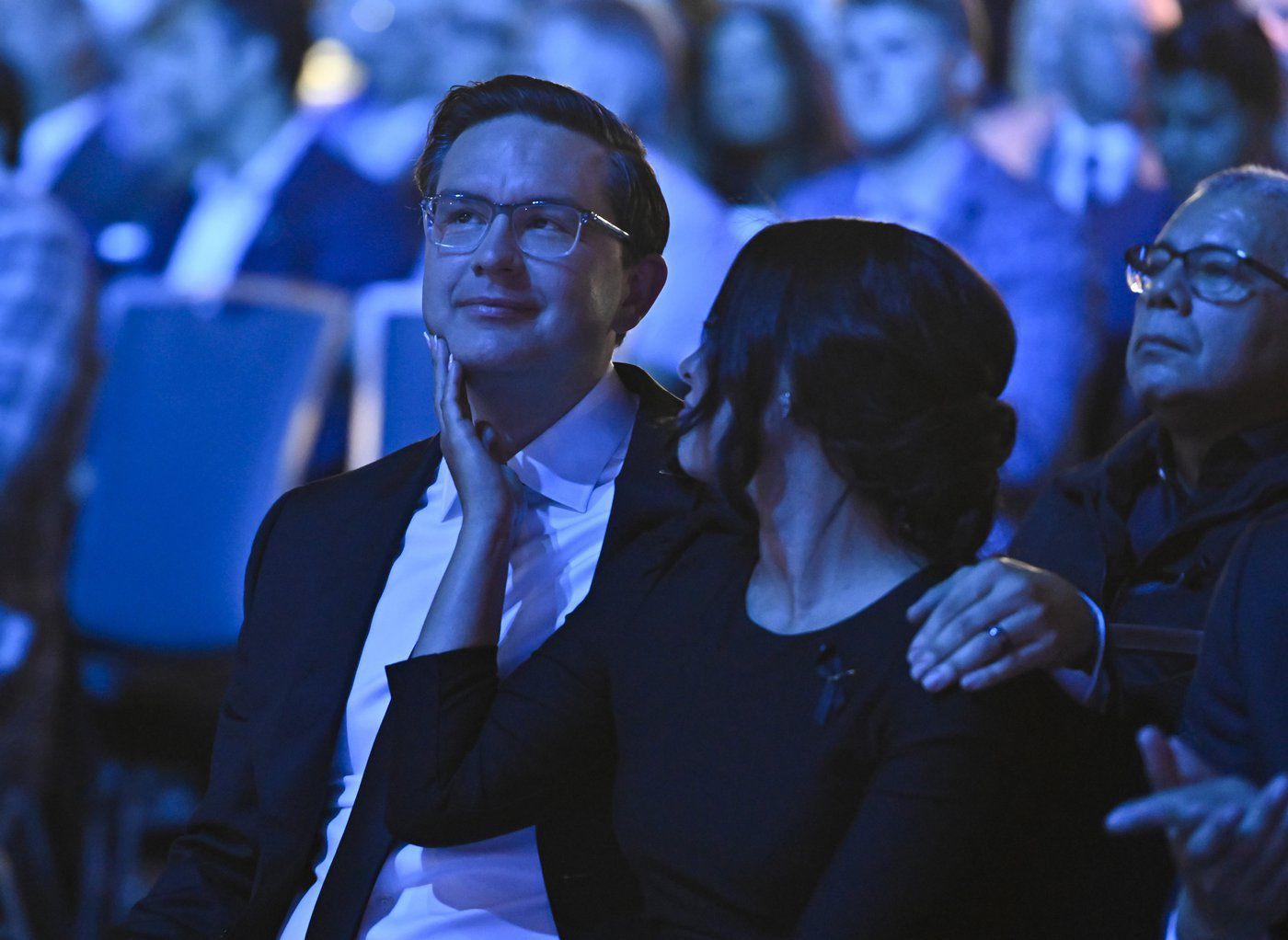 Pierre Poilievre, one of the first members of Parliament elected under the Conservative party's banner, won the leadership race Saturday night.

The party veteran and former cabinet minister, known for his combative style, won a resounding first-ballot victory — with 68 per cent of support — that prompted applause to erupt in the room of Conservative faithful at a downtown Ottawa convention centre.

I’m running for Prime Minister to give you back control of your life.

Jean Charest, the former Quebec premier who likely had the best chance of preventing Poilievre from winning the leadership, earned just 16 per cent of support on the first ballot, placing him in distant second place.

Poilievre also earned widespread support across the country, being the first choice for Conservative party voters in nearly every riding.

Poilievre delivered a victory speech that heavily featured his campaign themes of cost-of-living concerns and criticisms of Prime Minister Justin Trudeau's government, particularly the rate of spending and the toll inflation is taking on Canadians.

"Today people feel like they’ve lost control of their pocketbooks and their lives," he said. "The cost of government is driving up the cost of living."

Some people are hanging on by a thread, Poilievre said, vowing to restore hope.

Poilievre, first elected as a member of Parliament at the age of 25, campaigned for the top job on the central rallying cry of "freedom" and embraced those who opposed getting vaccinated against COVID-19.

A pledge to end remaining COVID-19 vaccine mandates to allow people "to work and travel freely" received one of the largest cheers from the crowd on Saturday night.

Poilievre will be leader of the Official Opposition, also now know as His Majesty's Loyal Opposition. The House of Commons is scheduled to resume sitting on Sept. 19.

Earlier in the evening, former leader Erin O'Toole appeared by video to deliver thanks and emphasized to the crowd the importance of unity in the party. He said he was honoured to lead, but for "too short" of a time.

Candice Bergen, the longtime Manitoba MP who led the party in the interim after caucus voted to oust O'Toole in February, also addressed the audience. In her final speech as interim leader, Bergen said she wants to be remembered as helping promote unity.

She also imparted some advice to the new leader: "Respect, listen to and trust our caucus."

Poilievre turned heads in the campaign when he began appearing in front of crowds that at times swelled into the thousands, which he kept up throughout the race.

That prompted his campaign to say his populist message had unleashed a movement, which it galvanized to sell more than 300,000 memberships.

Poilievre, who is now 43 years old, was first elected in 2004 as one the youngest MPs in the House of Commons. He represents the Ottawa-area riding now called Carleton.

He entered the leadership contest beloved by many of the party's grassroots and revered as one of the party's highest-profile MPs and most effective performers in Parliament.

The MP rose to prominence after the Conservatives defeated the Liberals in 2006. In 2008, Harper named him to serve as his parliamentary secretary and it was through that role the young Poilievre earned his reputation as being an attack dog whose style irked critics as being overly aggressive and, at times, immature. He was nicknamed "Skippy."

In 2013, Poilievre was appointed to serve as democratic reform minister. In that government's dying days of 2015 before it fell to the Liberals, he briefly served as employment minister.

Poilievre is married with two young kids. His wife Anaida, whom he wed in 2017, works on Parliament Hill as a political staffer.

Before he was elected as an MP, he grew up running in Conservative circles, coming to Ottawa in 2002 as a political staffer for former Canadian Alliance leader Stockwell Day and grew up campaigning for the likes of leaders such as Jason Kenney.

Poilievre was raised in Calgary and was adopted by his parents. He has said the reason he became interested in politics is because of an injury that left him unable to keep playing competitive sports as a teen.

In the years since the Conservatives lost power, Poilievre served as the party's finance critic, honing his economic messages against government spending and deficits, which he delivered more loudly once the COVID-19 pandemic hit and inflation surged.

Leadership ambitions had been on Poilievre's mind for at least a couple of years.

Can’t get worked up about Poilievre.

There’s no election now or soon.

The issues will be different.

He considered running the last time the party was picking a leader in 2020, but ultimately decided against it just days before his campaign was supposed to launch.

Honest answer: whatever they say in the next campaign, I think a Poilievre led Conservative government would destroy the climate plan and the Canada Child Benefit. It’s not personal. https://t.co/2p7O8NRx8W

This report by The Canadian Press was first published Sept. 10, 2022.

Can't think of any more

Can't think of any more inspiring reason to enter politics than not being able to take part in competitive sports as a teenager due to an injury?! Fortunately for him, generalized, unfocused anger is having a moment right now due to unprecedented circumstances and with much help from the internet a conservative party that is ever more Republican derivative has honed their target to a knife edge.
The high drama of pure political gamesmanship with all the accompanying deterioration of political discourse was of course started by the Harper Reformers with the first American style attack ad; it's where Poilievre cut his teeth.
We should all take heart from how CBC covered his victory last night. It was the most disrespectful I've seen CBC do involving "new" leadership, but was also subtly done of course. It was the young woman who does the Front Burner podcast and she showed a clip of Liberal MP Wayne Easter's reaction. Try and find the clip, it's hilarious. He describes having some "interesting" exchanges with "Skippy" who he compares to a pigeon on a chessboard who flies right into the middle, squawking and scattering all the pieces everywhere and then flies off, chest fluffed, thinking he has "won." And happily, she also interview a conservative "strategist," asking about the comparison with Trump. She was awesome.
So recall the mileage Harper and co. got with Trudeau's boyishness and immaturity disqualifying him as PM, not an entry level job and all, and compare that to the connotations of being called "Skippy." Promising.