Youth in historic climate case get their day in Ontario court 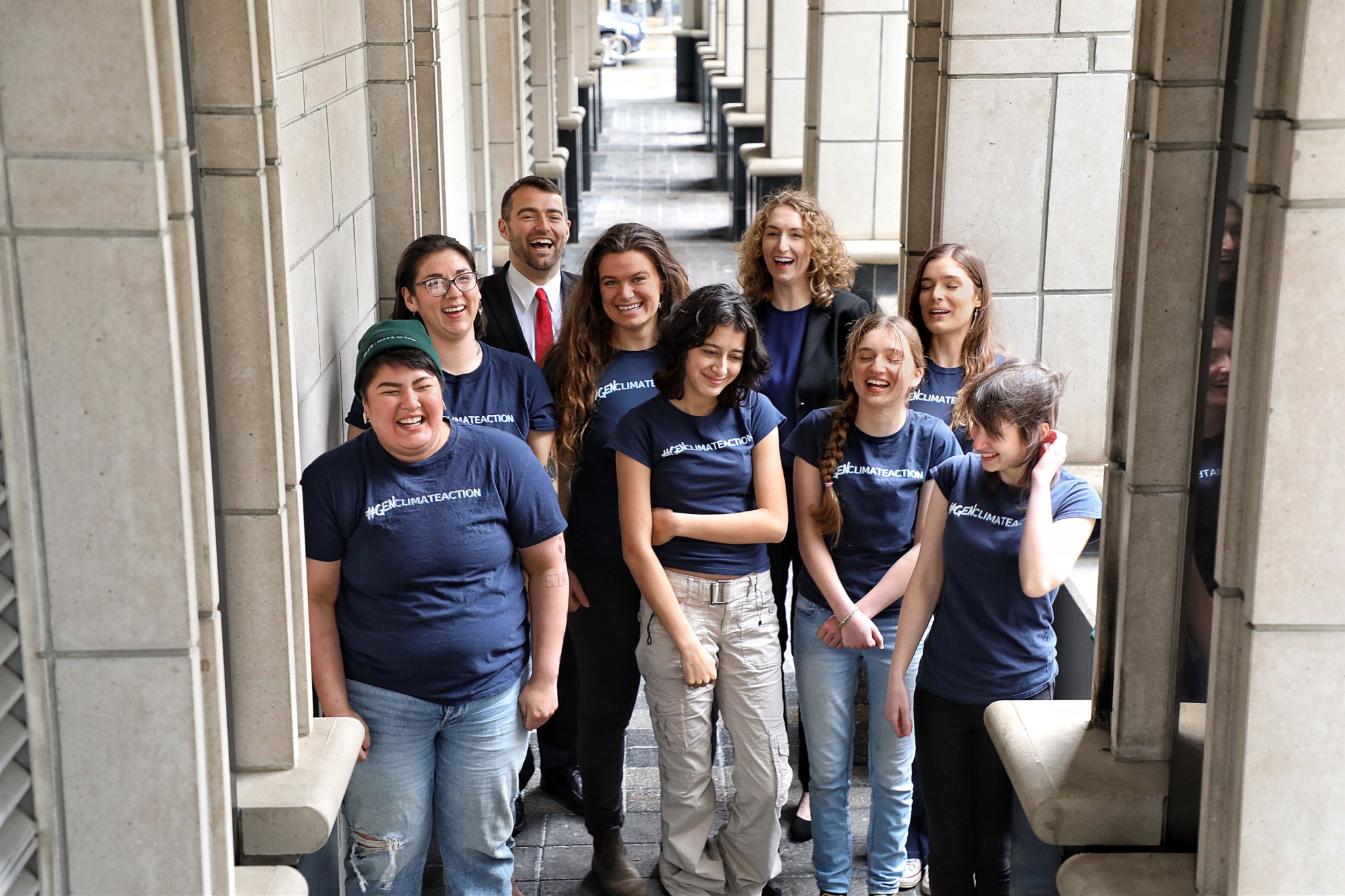 The seven young people and two of the Ecojustice lawyers on their case against the Ontario government are preparing for their day in court three years after they sued over climate inaction. Photo supplied by Ecojustice
Previous story
Next story

It’s been a long time coming, but the seven young people who sued the Ontario government after Doug Ford dismantled the province’s climate policies and downgraded its emissions targets will finally get their day in court this week.

Three, in fact. But they will be virtual appearances.

From Monday to Wednesday, lawyers representing the Ecojustice-backed applicants will seek to convince Justice Marie-Andrée Vermette that a retreat on climate action is a direct violation of their constitutional rights to life, security and equality.

Lawyers from the attorney general’s office will counter that such harms are speculative and not entirely within the province’s ability to control, given the global nature of the problem.

While Vermette will likely not render a decision for months after that, the climate advocates hope an eventual ruling in their favour sets a precedent that compels governments to do more to protect the planet.

“It felt surreal coming here, a bit abstract,” said 26-year-old Madison Dyck from Thunder Bay, who is typically out in the bush when not studying forestry, during an interview with Canada’s National Observer in Ecojustice’s Toronto office. “The magnitude of it, I think it's really hitting me at this point, the potential ripple effects,” she said. “Now it feels emotional and big.”

“I do feel a bit of a weight on my shoulders,” agreed Alex Neufeldt, another of the applicants. “Knowing that we're the first and kind of feeling pressure to be the one to get a victory.”

A federal court tossed a similar case against the Trudeau government in 2020, with a justice saying that youth applicants’ claims that multiple actions and inactions on the part of the government had hurt them were too broad a question for the courts to consider.

Initially filed in late 2019, the Ontario lawsuit claims the Progressive Conservatives' weakened climate target for 2030 and abandonment of a 2050 goal allow for emissions equivalent to having an extra seven million passenger vehicles on the road, and that such an outcome can be tied to demonstrable harm.

An Ontario court will this week decide whether the provincial government has harmed young people and future generations with its climate policies.

“We know the emissions caused by Ontario’s actions will further contribute and cause climate change, which will have devastating impacts like deadly heat waves, wildfires, flooding, infectious diseases that will impact the lives and the health of youth and future generations,” said Danielle Gallant, an Ecojustice lawyer who has worked on the case for the past three years.

The Ford government’s earlier submissions related to the court case include testimony from an academic who doubts basic climate science and an economist who argues Ontario’s emissions “do not have a decisive impact” on whether Canada meets its climate goals.

So telling of the new

So telling of the new majority PC government who does what is wants, not what is right : "The Ford government’s earlier submissions related to the court case include testimony from an academic who doubts basic climate science, and an economist who argues Ontario’s emissions “do not have a decisive impact” on whether Canada meets its climate goals." As the saying goes - "that's all you got?"